Syria: The Security Council and the Responsibility to Protect 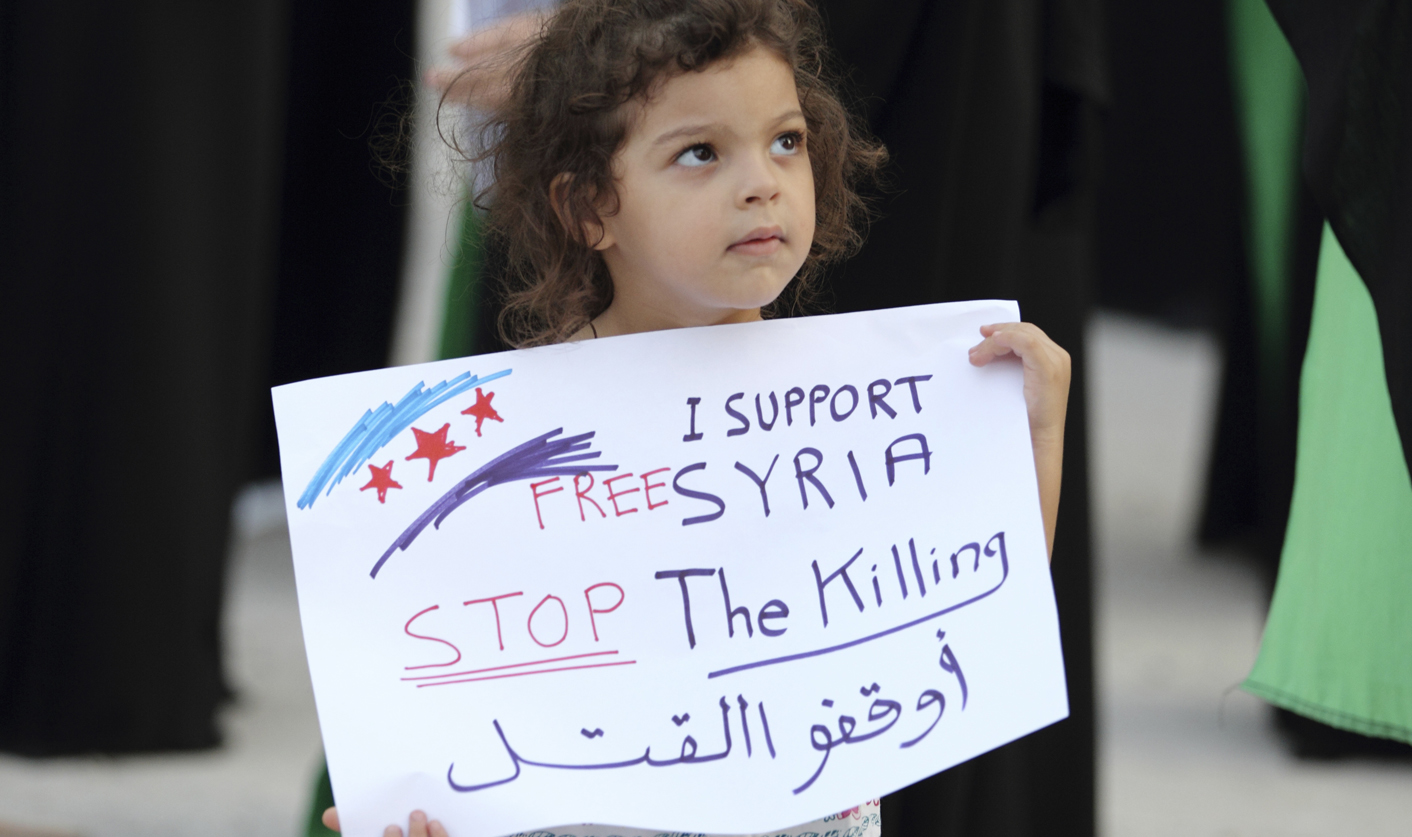 The United Nations observers in Syria told the Security Council on Sunday that 116 people were killed. More were wounded – most of them were victims of shelling, others of gunshots.  And yet, as outrage and despair grows, any kind of intervention seems unlikely. This is Nato’s fault, KHADIJA PATEL argues.

And while blame must certainly be apportioned here, it is foolish for you or I to attempt to use these 116 deaths to advance any side of this conflict. It does not matter to whom these 116 people pledged their allegiances in the ongoing war for Syria, what happened in Houla was a massacre.

It is in the name of international law that the United Nations Security Council convened an urgent meeting on Sunday night. Great Britain and France, bless their hearts, proposed the Security Council issue a statement saying say that the “indiscriminate and disproportionate use of force” against civilians was in “flagrant violation” of international law, UN resolutions and the Syrian government’s own commitment to a ceasefire. In the clamour to express adequate horror at the Houla massacre, the Security Council can offer only words blunted by its own conflicting interests.

Last week, human rights group Amnesty International lambasted the Security Council for its failure to actually influence a peaceful outcome in Syria – or anywhere else in the world really. “The failure of the UN Security Council to take leadership has made the body look increasingly unfit for purpose,” the rights group said.

“A failure to intervene in Sri Lanka and inaction over crimes against humanity in Syria – one of Russia’s main customers for arms – left the UN Security Council looking redundant as a guardian of global peace,” Amnesty alleged.

In a sentiment chorused by many others the world over, Amnesty believes that Russia’s obstructionist stance in the Security Council over Syria is directly attributed to Moscow’s bottom line: Syria has been a convenient receptacle of Russian arms. Russia, as well as China, with some variable assistance from the likes of South Africa, blocked various Security Council attempts to enforce sanctions against Syria.

Even on Sunday, Russia sought to amend the statement proposed by Britain and France, pushing for references to “a third party” in the statement, implying of course that Al-Qaeda may be the real culprits.

After due deliberations on the wording of the statement, the Security Council finally released its missive condemning the “killings” without blaming anyone. And yet every time there has been a clamour of activity surrounding Syria, the same debate ensues and we watch the final wording of a statement or blunted resolution to find out which version of events holds more clout.

The international community has, after all, been charged with the “responsibility to protect” or, as it has become known, “R2P”.

The UN adopted the principle of R2P back in 2005 and has been chiselling away at it ever since. R2P was intended to be the first piece in a new international legal framework for stopping war crimes after a century of ad hoc humanitarianism. At its core R2P holds that when a sovereign state fails to prevent atrocities, foreign governments may muscle their way in to stop them. The do-gooders of the world, aka human-rights advocates, say it saves lives.

Others remain unconvinced. Detractors see the thrust of R2P as a handy cover-up for tacit imperialism. Yet others see R2P as nothing more than an incentive to kill because, even if a massacre has not already happened, an unscrupulous warlord may be tempted to engineer one against his own people to curry the support of the international community.

Much of the reporting of Syrian conflict has been clouded by the conflicting versions of events proffered by Assad’s lackeys on one hand, and the various guises of the Syrian opposition on the other. The Houla massacre has not been untouched by the propaganda war that to some degree takes strength from the noble principles of R2P.

At least one photograph purported to show a child skipping over rows of dead bodies in Houla on Saturday has been found to actually have been a photograph of bodies exhumed in Iraq in 2003. In the words of the photographer, Marco Di Lauro: “Today Sunday May 27 at 0700am London time the attached image which I took in Al Mussayyib in Iraq on March 27, 2003 […]was front page on BBC web site illustrating the massacre that happen [sic] in Houla the Syrian town and the caption and the web site was stating that the images was showing the bodies of all the people that have been killed in the massacre and that the image was received by the BBC by an unknown activist. Somebody is using my images as a propaganda against the Syrian government to prove the massacre.”

Much of the problem with understanding what exactly is happening on Syria is derived from the government’s refusal to allow journalists into the country to report freely. Of course this does not justify the poor standards of reporting displayed throughout this conflict but it does also explain the difficulty we have to understand what actually happened in Houla.

Even the official death count in Houla, repeated as it was by the United Nations, is the word of the Free Syrian Army. Other accounts provide a conflicting number of dead. What we do know, however, is that a great number of people were killed in Houla last weekend. The Syrian government denies its culpability. It has not denied that it did happen. On that point at least there is a harmony in the narrative.

A massacre was perpetrated in Houla on Friday.

Yet what exactly is the role of the international community in response to this massacre? Further sanctions? So far the sanctions in place have strangled the Syrian economy but it’s fallen short of actually stemming the flow of arms into Syria. Is it a no-fly zone à la Libya that we are after then?

Lest we forget, the international intervention in Libya was justified by the lofty principles of R2P. It was the first real-world test of these new rules for humanitarian intervention and it proved to have dismal consequences. Though Russia certainly acts with self-interest in its approach to Syria in the Security Council, the reluctance that both Russia and China have shown is also a consequence of Nato’s abuse of the UN mandate of R2P in Libya last year.

Nato went from its stated objective of protecting the civilian population to overthrowing the Gaddafi regime. It is Nato that has destroyed the future chances of legally using R2P with a Security Council mandate. DM

Photo: A child holds a banner as she participates in an anti-Syria regime protest held by Bahrainis at United Nation Headquarters in Manama, May 27, 2012. Hundreds of angry protesters shouted anti-Assad slogans and condemned the recent killing of children by the regime’s military. REUTERS/Hamad I Mohammed.