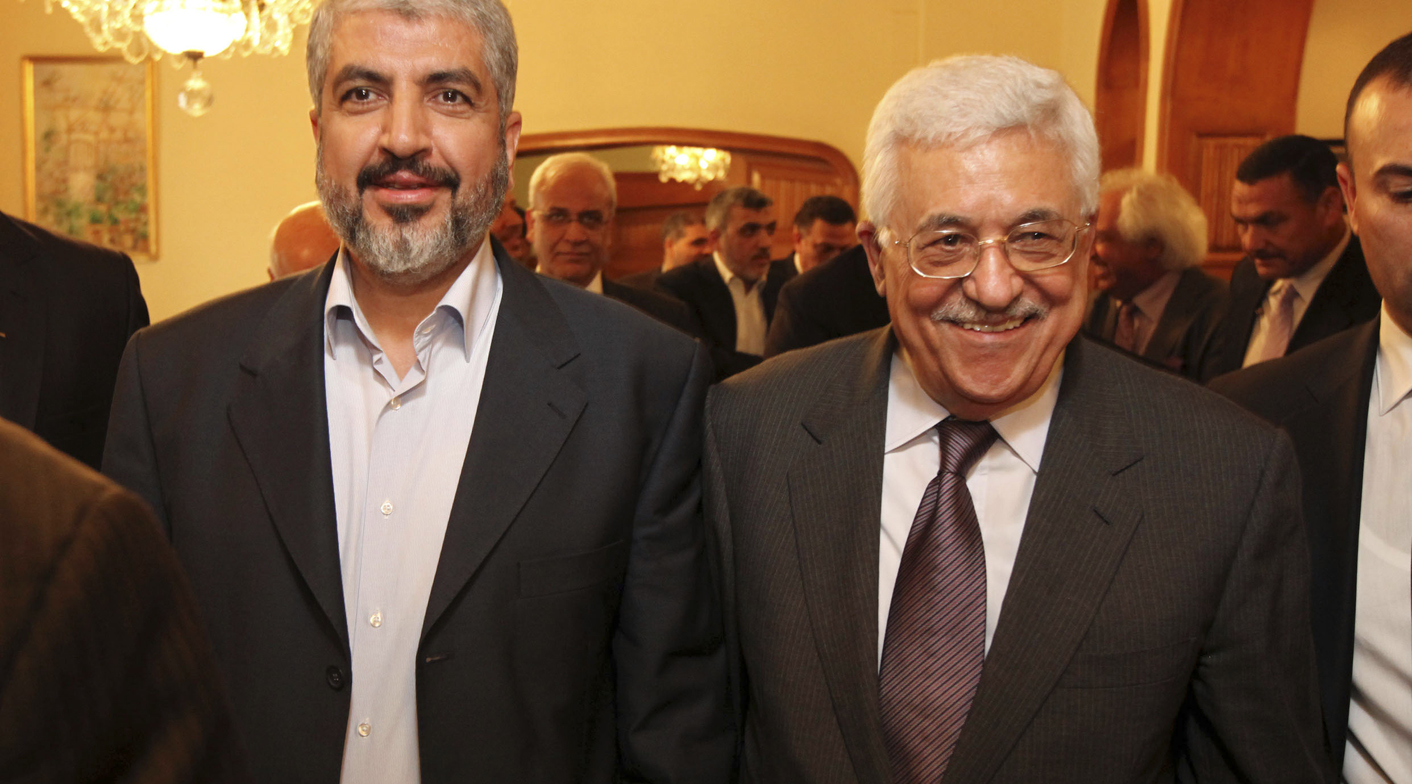 Hamas runs the Gaza Strip – cut off from the West Bank by Israeli territory – as a separate entity, ignoring policies set by Abbas’s Palestinian Authority in the West Bank. The split has divided the Palestinians politically as well as geographically.

While Fatah endorses the goal of a two-state solution with Israel, Hamas refuses to recognise Israel’s right to exist. Its leaders say they could accept a Palestinian state in return for a long-term truce with Israel, an offer Israel rejects.

On Monday, however, Hamas prime minister in Gaza Ismail Haniyeh met Hanna Nasir, chairman of the Palestinian Central Election Commission (CEC) appointed by Abbas, to choose members of a technocractic government to oversee the election, a Palestinian official involved in the talks told Reuters.

The official who asked not to be identified said: “President Abbas and Hamas chief Khaled Meshaal will meet next week to finalise the formation of the government and hopefully to announce it, should everything go well.”

At a news conference, held jointly with Nasir, Haniyeh’s deputy Mohammed Awad said: “They (CEC) can start registering the people (voters) in Gaza immediately and without any delays.”

Hamas’s agreement to let the CEC work in Gaza was a condition set by Abbas for starting consultations on forming a unity government. Nasir said voter registration would take six weeks and Abbas would then decide on a date for presidential and parliamentary elections.

Abbas will lead the new government to try to attract international recognition and funds, and says it will honour international accords, including those with Israel.

Hamas rejects those accords and has been under an international embargo since it seized control of Gaza in 2007 for its refusal to recognise Israel.

“I hope there will be no obstacles, so that we can begin the process of ending the division,” Nasir said.

Previous agreements to end five years of hostility that have divided the Palestinian national movement have failed because of political disputes between the two groups.

They signed a reconciliation treaty last year in Cairo with fanfare, but then failed to implement its terms.

It was not clear whether the new Egyptian-brokered effort would succeed in persuading the two sides to agree on a common political agenda this time. Cairo suggests the new government would have only a domestic mandate, and not a role in peace negotiations with Israel and other international issues.

“The people need to see practical and procedural steps. They have lost faith in statements and in meetings,” said Yehya Al-Madhoun, a Gaza university lecturer.

“We hope that the arrival of the election committee in Gaza is the beginning of the these steps before holding an election where all parties will be governed by the ballots,” he said. DM