Lesotho election: Prime Minister leading the race – but not by enough 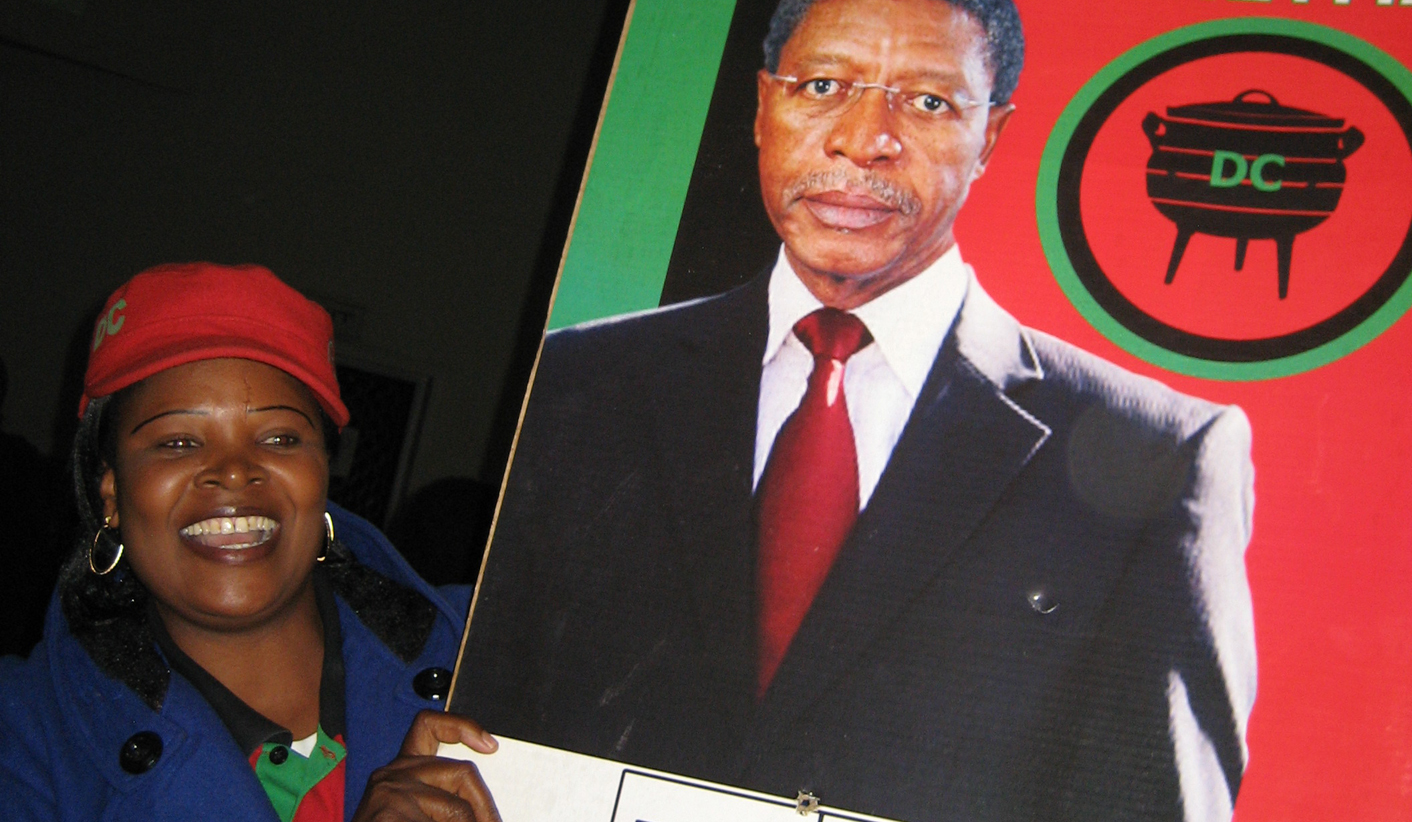 The word in Maseru is that long-term Prime Minister Phakalitha Mosisili has won his fourth election, but only just. This gives him the chance to form a government, and lead it – if he can persuade a few unscrupulous opposition politicians to cross the floor. But this won’t be as easy as it sounds, given the enemies he’s made along the way.

Hundreds of rival supporters packed out Maseru’s Manthabiseng Convention Centre on Monday, waiting (mostly) patiently to hear the final results of Lesotho’s general elections held on Saturday. Their waiting was in vain, however; official results will only be announced on Tuesday morning at the earliest, and that is only if the bad weather clears up and the helicopters are able to land in remote areas to collect the ballots.

However, the result of the election is an open secret amongst party leaders and officials from Lesotho’s independent electoral commission, who told the Daily Maverick that Prime Minister Mosisili had edged his main opponent, Thomas Thabane, by just one constituency seat. This is based on the vote counts conducted in each constituency, which have yet to be verified or announced, but are unlikely to change.

The narrow margin makes this the closest election in Lesotho’s history, and the first time that no party has won an outright majority. But owing to the country’s rather convoluted electoral system, Mosisili and his brand-new Democratic Congress party need to come up with seven more seats in order to appoint a government.

The lobbying process has already begun. Democratic Congress MP Mootsi Lehata, returned to his seat in this election, said that the plan was to “get individuals to come over to our side”; in other words, to persuade them to cross the floor.

To achieve this, however, the party will have to offer some juicy carrots such as ministerial positions and funding guarantees. And that won’t be easy. The Democratic Congress, despite having such a seasoned leader, is a brand spanking new political institution. Its success is testament to the cult of personality that Mosisili, in his 15 years as Prime Minister, has built around himself. To form the new party, Mosisili left his old party, the Lesotho Congress for Democracy, apparently because he was losing control to other ambitious politicians. The old party is coming a distant third in these elections, and has the power to play kingmaker. But will the men who unseated Mosisili once already come to his rescue? It seems unlikely. On the other hand, no one wants to be left out in the cold until the next election comes around.

Then there’s Thabane’s All Basotho Convention. Thabane also broke away from the Lesotho Congress of Democracy, a neat example of just how incestuous the politics in this tiny country can be. But since 2006, the All Basotho have been the government’s most vocal opposition, and for many citizens have done enough to distance themselves from the ruling elite. In Maseru, an opposition stronghold, sentiment is overwhelmingly in favour of the All Basotho Convention, not necessarily because their policies are any better, or even different, but simply because they represent change.

In fact, no supporters from any political party have once spoken to the Daily Maverick about policies. The All Basotho Conventioners in their bright yellow shirts push the ‘change’ mantra religiously, pointing out that the prime minister has had 15 years in charge, and Lesotho remains poor, underdeveloped, and completely reliant on South Africa.

Mosisili’s supporters, meanwhile, point to peace and stability under his rule. “You see this grey beard?” a Pastor Dixon asked me outside the convention centre, gently tugging on what was indeed a very grey beard. “I voted for Democratic Congress because when you have a grey beard like me, you know that the most important thing is peace.”

The bearded pastor will remember that the last time Lesotho had any significant political uncertainty, South Africa sent troops in to rescue the government of Prime Minister Mosisili (who else?) from an attempted coup. Sixty-six people died in the ensuing violence, including eight South African troops. This is unlikely to be repeated: partly because the incident goes down as one of the most inept in South Africa’s military history, and partly because the tensions this time around are a normal part of the democratic process.

“No, I don’t think we’ll see any violence,” said the Independent Electoral Commission’s chief legal officer, Muteka Mohale. “Did you see the atmosphere inside that convention hall? They are happy, they are cheerful. They are not fighting.” And they weren’t. The hall where the results would be announced – generously donated by China – was dominated by the red shirts of the Democratic Congress, but there was plenty of yellow and green for the others as well. And while the rivalries were obvious, and the banter sharp, the mood was celebratory rather than antagonistic.

It’s still too early, however, to know whether the mood will remain so good-spirited once the final results are known, and once the messy business of coalition-building begins. DM