Donald back at number one after retaining PGA title

Donald back at number one after retaining PGA title 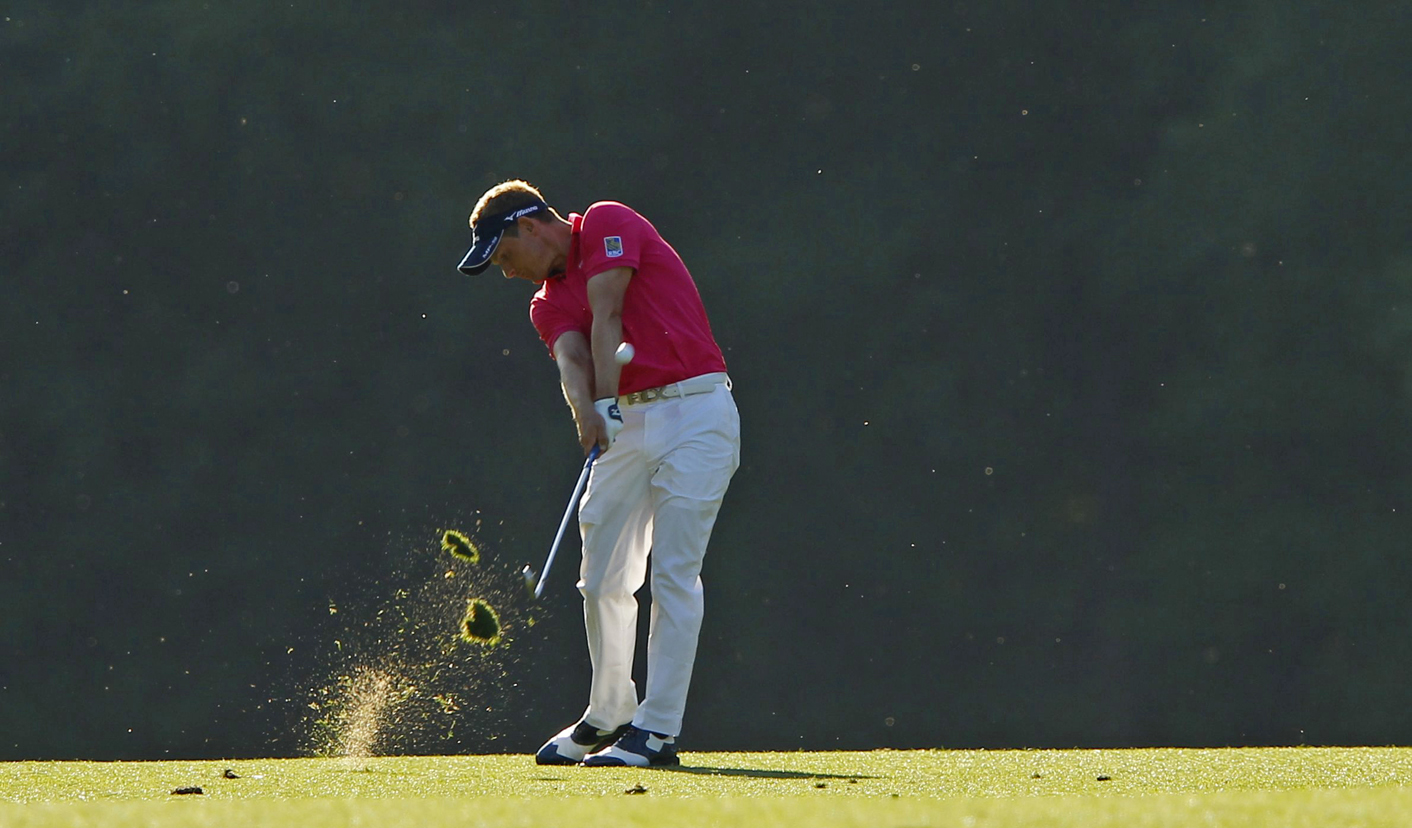 Briton Luke Donald went to the top of the world rankings for the fourth time in 12 months after strolling to a seemingly effortless four-stroke victory in the PGA Championship at Wentworth on Sunday. By Tony Jimenez

The 34-year-old Englishman took over from Northern Ireland’s Rory McIlroy at the summit after shooting a four-under 68 for a 15-under tally of 273 at the European Tour’s flagship event.

World number 10 Justin Rose (70), partnering countryman Donald in the final round, missed a succession of birdie chances and had to settle for a share of second place with 1999 British Open champion Paul Lawrie (66) on 277.

“I thought my win here last year was going to be hard to top but I really enjoyed the walk down the 18th with a four-shot lead,” said Donald at the prize-giving ceremony.

“This is the biggest event we play on the European Tour and I managed to play a solid back nine to keep Justin and Paul at bay.”

Donald, who retained the PGA title he won for the first time last year in a playoff with Lee Westwood, became only the third player to win the trophy in back-to-back years after Nick Faldo (1980-81) and Colin Montgomerie (1998-1999-2000).

The anticipated head-to-head “Duel in the Sun” with Rose never materialised as the latter failed to convert half a dozen birdie chances while Donald plotted his way round in typically steady fashion in light winds on the outskirts of London.

Rose smashed his club into the turf in frustration at the 15th hole after a wayward approach landed in a greenside bunker.

While his partner was bogeying that hole, Donald tapped his tummy and heaved a visible sigh of relief after knocking in a knee-trembling par-saving effort from four feet.

Rose also found a greenside bunker at the 16th and his title rival effectively sealed the first prize of 750,000 euros ($938,400) by sinking his putt for a birdie three from 10 feet.

The unflappable Donald, who went to world number one for the first time after winning here last year, was asked if he was in as much control as he appeared to be in Sunday’s final round.

“Looks can be deceiving but I certainly played nicely the whole week,” he said.

“Today was probably the most difficult day for me in terms of pressure, after having started out with a two-shot lead and never having successfully defended a title before.

“Justin had been playing really solid and I knew I had to be mistake-free.”

Donald has won a host of glittering prizes around the world, and last year became the first player to top the orders of merit on both sides of the Atlantic.

However, it is next month’s U.S. Open, the British Open in July and the U.S. PGA Championship in August that he has his eye on.

“I have three majors coming up and that’s the next goal, to try and pick up one of the big ones for the first time,” said the smiling Englishman.

“Every time you pick up a trophy it’s an experience of closing out a tournament, and hopefully it will serve me well over the next few months.”

Rose heaped praise on Donald, saying he “certainly played like a champion”.

“The difference was his putter,” Rose added. “He buried a lot of putts in the middle of the round.

“He played really well and there were no loose shots from him coming down the stretch. With his short game and the way he makes 20 and 30-footers – he’s tough to beat.” DM

Photo: Luke Donald of England hits his approach shot to the 14th green during second round play in the 2012 Masters Golf Tournament at the Augusta National Golf Club in Augusta, Georgia, April 6, 2012. REUTERS/Brian Snyder