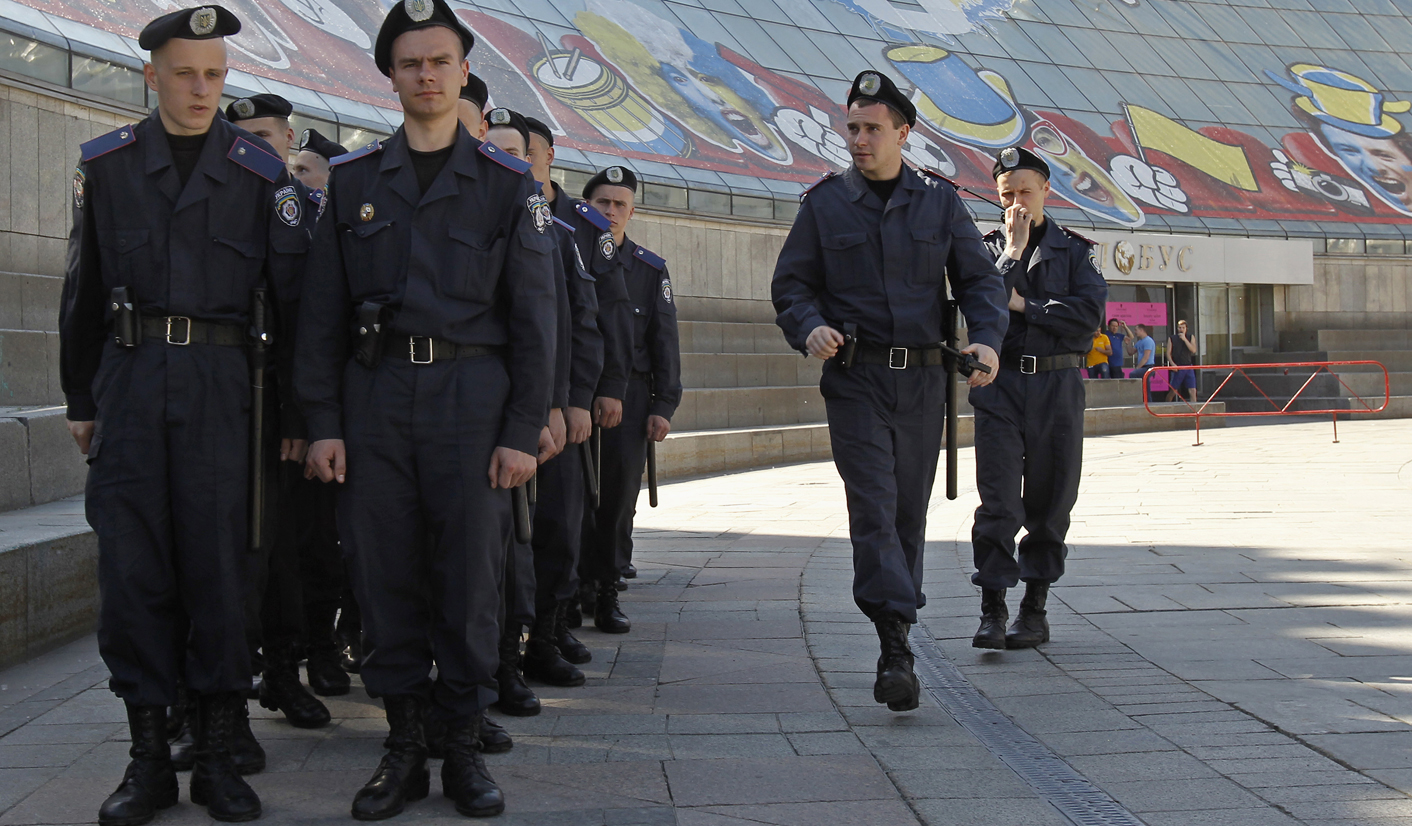 Ukraine may never recover all of the billions of dollars it has spent to co-host next month's European soccer championship and the outlay might complicate its chances of servicing its debt. By Natalia Zinets

The staging of the month-long Euro 2012 tournament – absorbing a total of $13.4 billion including $6.6 billion from state coffers – is unlikely to make the former Soviet republic any more inviting for foreign investment, analysts say.

And despite the hopes of tour operators and the authorities themselves, once the competition – taking place in four Ukrainian cities – is over and the fans have gone home, it is by no means certain that Ukraine will have registered itself as a new European tourist destination.

The mathematics of financing Euro 2012, being co-hosted with Poland, are crucial for a country which faces $11.9 billion in debt obligations this year, $5.3 billion of which is denominated in foreign currencies – making it sensitive to movements on foreign exchange markets.

The issue looms large as in June, the government has to repay a $2 billion loan to Russia’s VTB Capital and $500 million in outstanding Eurobonds.

Kiev has failed to agree on a new credit line with the International Monetary Fund (IMF) and has for more than a year been unable to issue Eurobonds to help cover state spending, which has spiked ahead of October’s parliamentary election.

The jailing of opposition leader Yulia Tymoshenko, sentenced to seven years in October for abuse of office, has hurt confidence in Ukraine’s creditworthiness and led to a boycott of the sporting event by some of top European politicians.

“Ukraine will not receive any financial income or significant economic impact from co-hosting the Euro 2012 championship,” Andriy Kolpakov, managing partner at analytical group Da Vinci AG, said. “And any possible improvement in image has run up against internal politics and the European Union’s reaction to it.”

Ukraine’s high level of corruption has scared off some foreign investors, while skyrocketing hotel prices have made many soccer fans either cut short their stay or skip it altogether and opt to follow their team’s fortunes on television.

Based on the government’s programme, the state has spent some $6.6 billion from its budget on Euro 2012 preparations – a total which rises to $13.4 billion once input from state companies and private investors are included.

“In effect, the (state) budget took on the additional debt burden and taxpayers for many years to come will be paying for the Euro soccer holiday,” said Erik Nayman at brokerage Capital Times.

Analysts at Da Vinci forecast financial losses suffered from hosting the championship could total between $6 billion and $8 billion.

DROP IN THE OCEAN

The National Bank of Ukraine sees $1 billion in capital flowing into the country from visitors who will spend on restaurants, hotels and souvenirs during the month-long championship in Kiev, Donetsk, Kharkiv and Lviv.

But some see lesser benefits and Da Vinci estimates the influx at no more than $800 million.

Ukraine’s authorities argue much of the spending was necessary anyway.

“Without international airports and transport infrastructure the country will not receive any foreign investment,” Deputy Prime Minister Borys Kolesnikov, charged with preparing for the championship, said.

But not all agree.

“There is no direct correlation – foreign direct investment (FDI) will increase only by improving the investment climate, that is, with less bureaucracy,” said Alexander Valchishen at brokerage Investment Capital Ukraine.

Whether the money has been well spent is also a moot point.

“Despite years of preparation, a decent tourist infrastructure and facilities have not been created to entice the majority of the fans to return to Ukraine,” Kolpakov said. “You can forget about a serious surge of interest in Ukraine from Western tourists.”

So far there seems little evidence that FDI is following the government’s spending.

According to the State Statistics Service, FDI into Ukraine was down last year at $4.6 billion, down from $4.7 billion in 2010 and significantly less than the $8 billion which Ukraine attracted in 2005 in the wake of the pro-Western Orange Revolution.

Nayman at Capital Times expects a huge debt burden on the budget.

“If we assume a 12 percent interest per annum, that means that about 10 billion hryvnias ($1.2 billion) from the budget each year goes just to pay for interest payments. And then, there is still the need to refinance the debt,” he said.

Nayman added that around half of the state’s current domestic debt issued in bonds, or some 80 to 90 billion hryvnias, can be directly linked to government spending on Euro 2012.

“The government will be making every effort to prevent the collapse of the hryvnia before the parliamentary elections,” said Vasily Yurchishin at non-governmental think-tank Razumkov Centre. DM

Photo: Ukrainian interior servicemen stand in front of EURO-2012-themed decoration at an outdoor area for the screening of soccer matches, on Independence Square in Kiev May 21, 2012. Kiev is set to host the final match of the EURO 2012 soccer tournament. REUTERS/Gleb Garanich