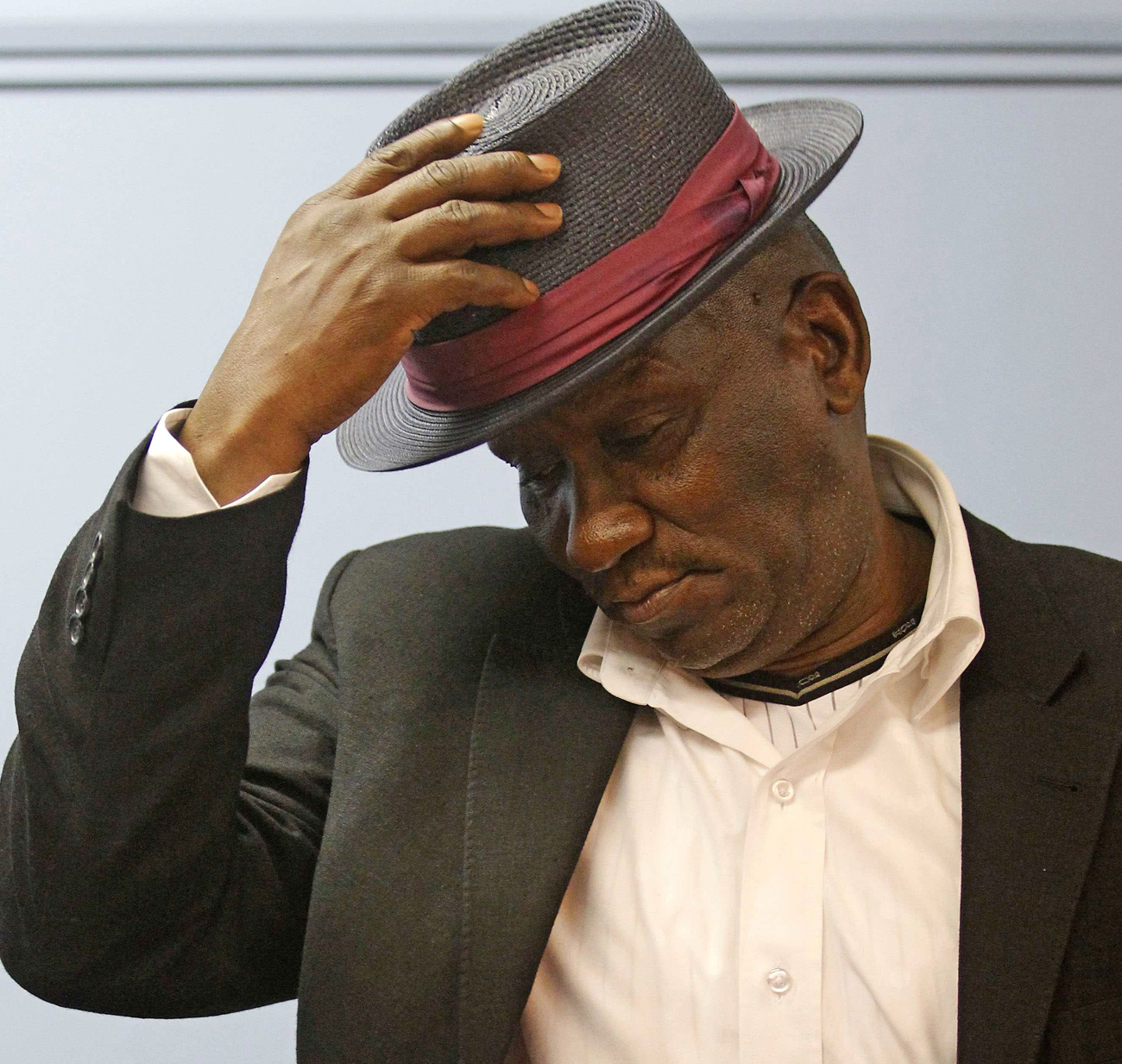 eNews reported on Thursday night that the board of inquiry into national police commissioner General Bheki Cele had recommended he be sacked, although spokesman for President Jacob Zuma, Mac Maharaj, said this was mere speculation and declined to engage. eNews wasn’t the only news source reporting it: Mail and Guardian editor Nic Dawes said on Twitter late Thursday night “In the M&G [on Friday]: board of enquiry report recommends Bheki Cele be removed as police commissioner. He’s planning a court challenge.”
Times Live, Sapa

The US and Syria agree on something: their distaste for the United Nations’ human rights chief, South African Navi Pillay. Although Pillay’s mandate was extended by two years late on Thursday, this is an abbreviated term that forms part of a compromise deal with the US. While Syria thinks Pillay is “hostile”, the US’ issue is her stance on Israel. In 2009 Pillay accused Israel of war crimes, and didn’t endear herself to US officials, including Ileana Ros-Lehtinen, chairwoman of the house foreign affairs committee, who said last month, “She also was the secretary general and top defender of the UN’s anti-Semitic, anti-Israel, anti-freedom Durban II conference.”
Reuters, Foreign Policy

Explosives experts carried out a controlled explosion on a suspect package in the paddocks at the Monaco Grand Prix circuit on Thursday. According to Reuters a plastic container with electrical cables in it was left near the media centre. Although the paddocks were mostly empty, parties were on the go on boats moored nearby. This is the second year in a row that such an incident has taken place at the Monaco Grand Prix.
Mail Online, Guardian

Thirty people were killed in clashes between Dogon farmers and Fulani nomads on the Mali-Burkina Faso border, according to Burkinabe authorities on Thursday. Khalil Bara, governor of Burkina Faso’s northern region, said on state radio the fighting broke out on Tuesday and was due to an agreement that allows Burkinabe herders to take their livestock across the border to pastures in Mali. Since the government of Amadou Toumani Toure was ousted by a coup, the rule of law in Mali has become somewhat toothless, meaning that farmers who were unhappy with the agreement have taken matters into their own hands. Bara added that more than 1,000 herders have fled Mali.
BBC, Reuters

US secretary of state Hillary Clinton lambasted Pakistan on Thursday for jailing a doctor for 33 years who helped the CIA find Osama bin Laden. Clinton said, “The United States does not believe there is any basis for holding Dr (Shakil) Afridi,” adding, “That was clearly in Pakistan’s interest, as well as ours and the rest of the world’s.” Afridi was convicted on Wednesday of treason for his role in collecting DNA to help identify Bin Laden for US authorities. A committee within the US Senate voted on Thursday to cut Pakistan’s aid budget by $33-million, $1-million for each year of Afridi’s imprisonment.
New York Times, AP

The location of the Square Kilometre Array, a giant 3,000-satellite radio telescope, could be decided on Friday when the group running the project meets in the Netherlands. The two candidates are a joint bid by New Zealand and Australia, and South Africa.

The 62nd Fifa Congress takes place in Budapest, Hungary, on Friday: Fifa dictator Sepp Blatter plans to have delegates vote on some of his reforms to make Fifa more transparent, including splitting the ethics committee into an investigatory body and an adjudicatory body, according to Reuters. Other notables include welcoming South Sudan as a Fifa member, as well as deciding how match officials should be paid.

Wikipedia’s new terms and conditions come into effect today, but are more likely to effect editors of content rather than the people who treat Wikipedia content as fact.

Arts and culture minister Paul Mashatile will sign the African Cultural Renaissance Charter at 12:30 at the Sandton Art Gallery. We hear Brett Murray’s invite is caught up in the post office strike.

Shock art: Why a dismally bad painting has caused such a flap
A tale of two dicks. In South Africa, Presidential Penisgate rages. In Canada, the Prime Ministerial Penisgate rages. In between, there are centuries of artistic controversies, some even involving good art. RICHARD POPLAK compares, um, apples to oranges.

The ANC: A problem of trust
South Africa’s governing party has serious credibility issues. It says one thing and does another. It appeases investors but can’t help chanting old communist slogans and insults. But on the ground, service protests are testimony to the fact that its natural constituency no longer believes it. How long can the ruling party keep it that way?

Apartheid and censorship: The more things change…
Amid the logic-destroying hysteria surrounding Brett Murray’s (now defaced) The Spear, the Film and Publications Board will sit to decide if personal dignity trumps art and freedom of expression. Eighteen years into South Africa’s democracy and our censorship system is being haunted by that famous dead man, the grand architect of apartheid.

Egyptians in South Africa: Regardless of the problems, there is pride
In typical Egyptian style, turnout at polling stations in Egypt’s landmark presidential elections increased just as polling stations were scheduled to close. Voting in some stations seemed destined to go on well into the night, silencing the naysayers for one night at least. Even from a distance, Egyptian expats in Johannesburg were confident Egypt is on its way to better days.

Identity: Still the ultimate hot potato for Africa’s artists
Is there anything that African artists agree on? At a sometimes fractious panel discussion convened as part of the Open Society’s ‘Money, Power & Sex’ conference on Wednesday, it was hard to discern any common ground shared by some of the continent’s prominent cultural figures.

South Africa and Nigeria, best of ‘frenemies’
South Africa and Nigeria make a good show of playing nice. Our diplomats shake hands and smile for the cameras, our governments say all the right things, and neither country acknowledges what they think is really at stake: Africa’s future and the chance to dominate it.

SpearGate: What will be argued before the court
On Thursday, a full bench of the South Gauteng High Court will hear an urgent application to have The Spear removed from the Goodman Gallery and from the City Press website. Zuma will argue that his constitutional right to dignity and the right to privacy have been impugned, while the gallery and City Press will argue for artistic expression. The defacing of the painting and its subsequent removal from the gallery is beside the point at this stage.

Deface of the past, deface of today, deface of the future
The destruction of art works is nothing new, and it often has a religious element to it. In fact, one of the first acts of defacement took place in the Old Testament. But there is also the element of personal, political power. J BROOKS SPECTOR takes a look at what’s been happening for a long time.

Spear? What spear?
Deep Fried Man reflects on a news week so slow that he was forced to write a column about trivialities such as art and our president’s penis.

Greg Nicolson: From The Spear of the Nation to SpearGate
What the hell is going on? The case of The Spear smearers is defined by questionable coincidences and dodgy discrepancies. Is someone managing the men who painted over Brett Murray’s depiction of Zuma? And if so, why? The answers are behind the ink, but we may never reveal the hard truth.

Osiame Molefe: The Spear – Black anger and white obliviousness
The artistry, or lack thereof, aside, Brett Murray’s painting, The Spear, now defaced, will go down as a symbol of this moment in South Africa’s reconciliation process. So much overlaps in this one painting that I probably won’t capture it all here. The net effect, though, is chilling.