Shock art: Why a dismally bad painting has caused such a flap 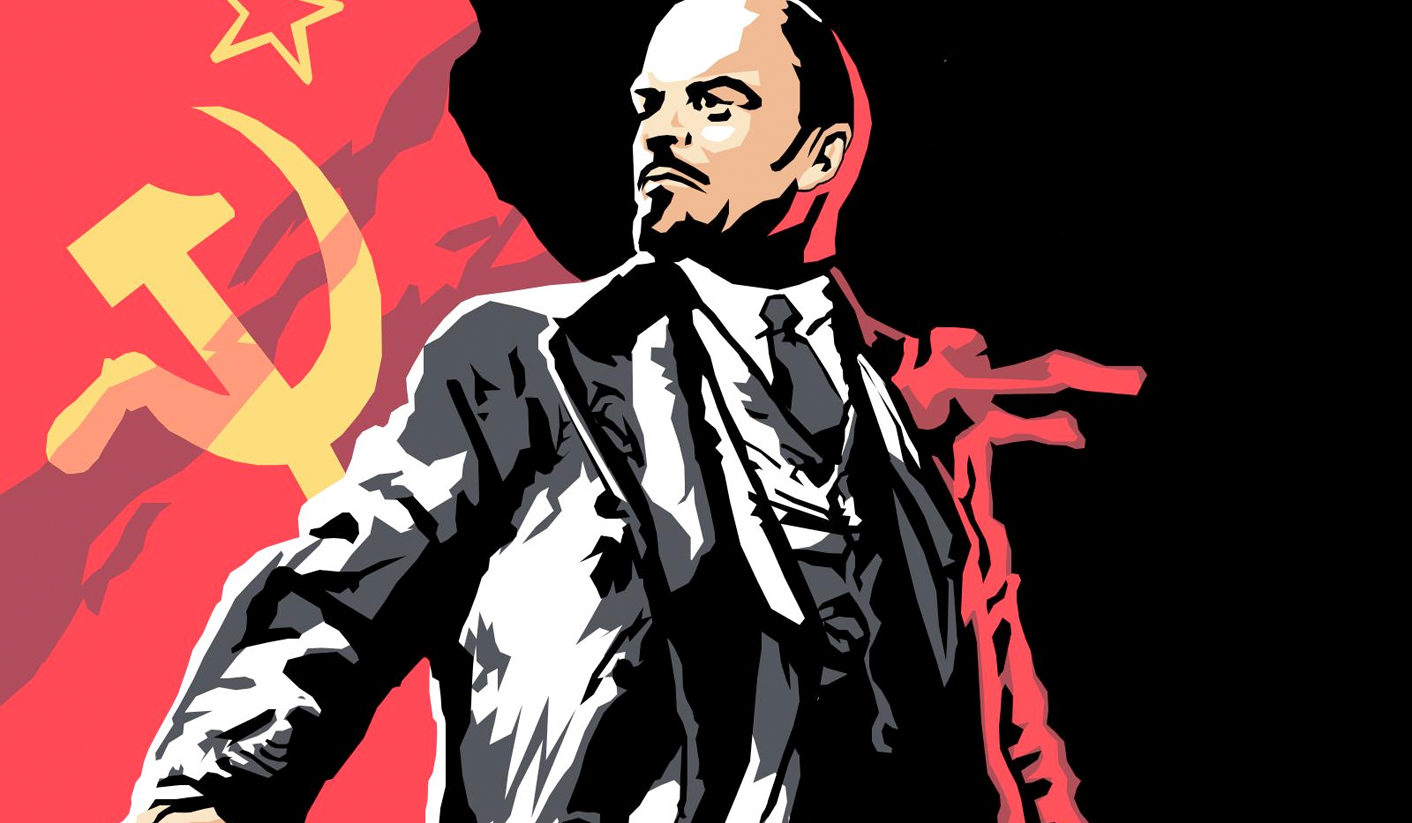 “Art is the supreme incarnation of luxury entertainment,” Japanese postmodernist Takashi Murakami once said. Murakami would know: his mercenary approach to art-as-commerce makes Damien Hirst look like Vincent Van Gogh. His super-flat movement references generations of so-called 2-D Japanese graphic imagery, and is meant as a comment of post-war Japanese culture: high and low melding into a congealed lump that Murakami packages and sells for tens of millions of dollars at international art fairs through his Kaikai Kiki Co. Super-flat allows Murakami an out: everything is art, so long as it is marketed as such.

Murakami is both a businessman and a cynic, the Warholian double threat that’s trumped aesthetics as a major, marketable artist’s raison d’etre since the rise of postmodernism.

“Business art is the step that comes after art,” said Andy Warhol. “I started as a commercial artist and I want to finish as a business artist. Being good in business is the most fascinating kind of art.” This is the kind of meaningless bullshit Warhol patented, and it has become something of a gospel for an artist of any ambition.

Take, for instance, the Hail to the Thief II exhibit currently under lockdown at Johannesburg’s Goodman Gallery. Brett Murray’s work hasn’t received the critical drubbing it deserves, mostly because the presidential penis has drawn all the flack. But Murray, while a good craftsman and a fine businessman, is indeed a bad artist. Even in the woolliest corners of the conceptual art pantheon, a certain intellectual rigour is at least encouraged. Murray has none of that. His work is scattershot, clumsy and overly didactic. That’s probably why the ANC is so worked up over it: its intentions are to the work the ANC up, and that’s easier than enraging a caged bear with a cattle prod.

Let’s pause for a moment to consider the aesthetic implications of The Spear, the now-sullied painting that ushered in all the carefully stage-managed brouhaha. While it is the largest canvas in the Goodman Gallery space, the work is so poor that it disappears on the wall. During my first visit last weekend, I asked my wife whether the gallery had capitulated and taken it down. “No,” she said. “It was the first thing we saw when we entered the space. Apparently.”

President Jacob Zuma is painted in a stance that mimics an iconic Lenin propaganda poster called “Lenin lived, Lenin lives, Lenin will live,” by Victor Ivanov, created in 1965—the Brezhnev era. The title is a quote from the poet Mayakovsky’s eulogy written shortly after Lenin’s death in 1924. The phrase “Lenin lives!” kicked off the whole Lenin cult thing, which Stalin used so effectively to consolidate his power and generate his own uber-brand.

Given the context, it’s difficult to understand why Murray insists on all the Soviet-era imagery that defines the exhibit. Of course, the ANC itself has dyed-in-the-wool commie roots, but I don’t think anyone who visits Hail to the Thief II would confuse the 21st century African National Congress with the comrades who begat them a century ago. If anything, Zuma has tried to disappear into his office – think of him as the photo-negative of Stalin – and while our ruling elite are doing their damndest to run an efficiently extractive kleptocracy, the analogy to the USSR is imperfect at best.

Kudzinai Chiurai’s Black President series dealt with similar themes in a much more coherent manner – Africanising the thieving autocrat imagery, situating it here and now. The Soviet guff just reeks of empty, calorie-free hipsterism. The ANC are just like the Soviets? Nah, mate – they’re nothing like the Soviets.

A slight argument can be made for the humour in Murray’s work, but art + funny is not easy to pull off. Marcel Duchamp caused an uproar in France in 1917 with his Dadaist The Fountain  – a urinal meant for a salon before such acts were ubiquitous, properly kicking off the 20th century avant-garde and blowing up conventional bourgeois expectations. That was funny. Murray’s work is amusing in the way of a lame political cartoon, which is probably why Zapiro has proved such an ardent supporter.

Which brings us to the much milder flap unfolding in Canada – an oil painting of Prime Minister Stephen Harper reclining naked on a divan, shrivelled winky not so ceremoniously peeking out above a chubby thigh, aides offering him coffee, a lap dog posed at his ankles. The piece, called Emperor Haute Couture, references Edouard Manet’s impressionist masterpiece, Olympia.

Margaret Sutherland’s silly painting has provoked embarrassed titters in the most conservative nation in the English-speaking world, but the Harper regime has refused to take the bait. “On the Sutherland painting: we’re not impressed. Everyone knows the PM is a cat person,” said Harper’s spokesperson.

Unlike the ANC, who need the race-baiting populist outrage attached to The Spear after a disastrous few months of non-governance, Stephen Harper’s Tories can’t use any of the vapours swirling around Sutherland’s work – their agenda doesn’t allow for it. They divide and conquer through regional division rather than race and class, and Emperor Haute Couture can do them no good in that regard.

The real tragedy is that art has become so debased a term, so shorn of real irony and meaning, that an organisation as dull as the ANC can use an artist as white bread as Brett Murray to trump is darkest populist themes. Part of the reason for this must fall to Murakami’s maxim: if art is a supreme luxury object, than it can only be consumed by a narrow caste of the economically worthy. Art is no longer something a broader public is able to commune with.

Which makes us look back fondly at the scandals that art caused back when aesthetics were a life and death affair – and political in a way we can no longer understand. There was the aforementioned Duchamp affair – which recalled the Fauvist flaps a decade earlier. Led by Henri Matisse and Andre Derain, the Fauvists (the beasts) were basically neo-impressionists, and the traditional salons were horrified by their work. The impressionists, like Manet, had similarly run afoul of the French Academie des Beaux-Arts when they first exhibited. Shut out of the mainstream, hounded by critics, all because their work challenged the foundational orthodoxy. These were the original culture wars.

More recently, there have been all sorts of controversies that at the time seemed shallow, but in the light of Penisgate seem like the tooth-and-nail battle between critic John Ruskin and painter Whistler over what they considered to be the meaning of art. There was old Tracy Emin, who caused a near riot with Everyone I Have Ever Slept With 1963-1995, and then again with her 1999 Turner-prize-winning My Bed, a jumble of bed sheets, used condoms and bloodstained underwear. That was the sort of thing that used to impress English post-feminist arts juries in the early Tony Blair days.

Nothing, though, beats the radical performance art project generated by Yale University student Anita Shvarts. In 2008, she claimed to have artificially inseminated herself as many times as possible over the course of nine months, and then aborted the pregnancies with morning-after pills. Shvarts displayed the remnants of those botched babies in a display, the veracity of which was never confirmed. Fox News was decidedly unimpressed, as were the rest of America’s anti-abortion lobby.

Does art still retain the ability to properly shock us, or are we destined to cycle through “controversies” like the one we are experiencing now? Does subversion even have a place in political discourse, where rebellion is co-opted the second it is mediated. (See Jay-Z’s Occupy T-shirts, from which $0 were donated to the Occupy movement. For that matter, see Jay-Z, period.) Penisgate has been a sad reminder that here, at the bottom of Africa, great art – like Michael MacGarry’s upcoming The Other Half at Cape Town’s Stevenson Gallery – will always take a back seat to loud art. The ANC now have the aesthetic they deserve. Time to zip up, and move on. DM