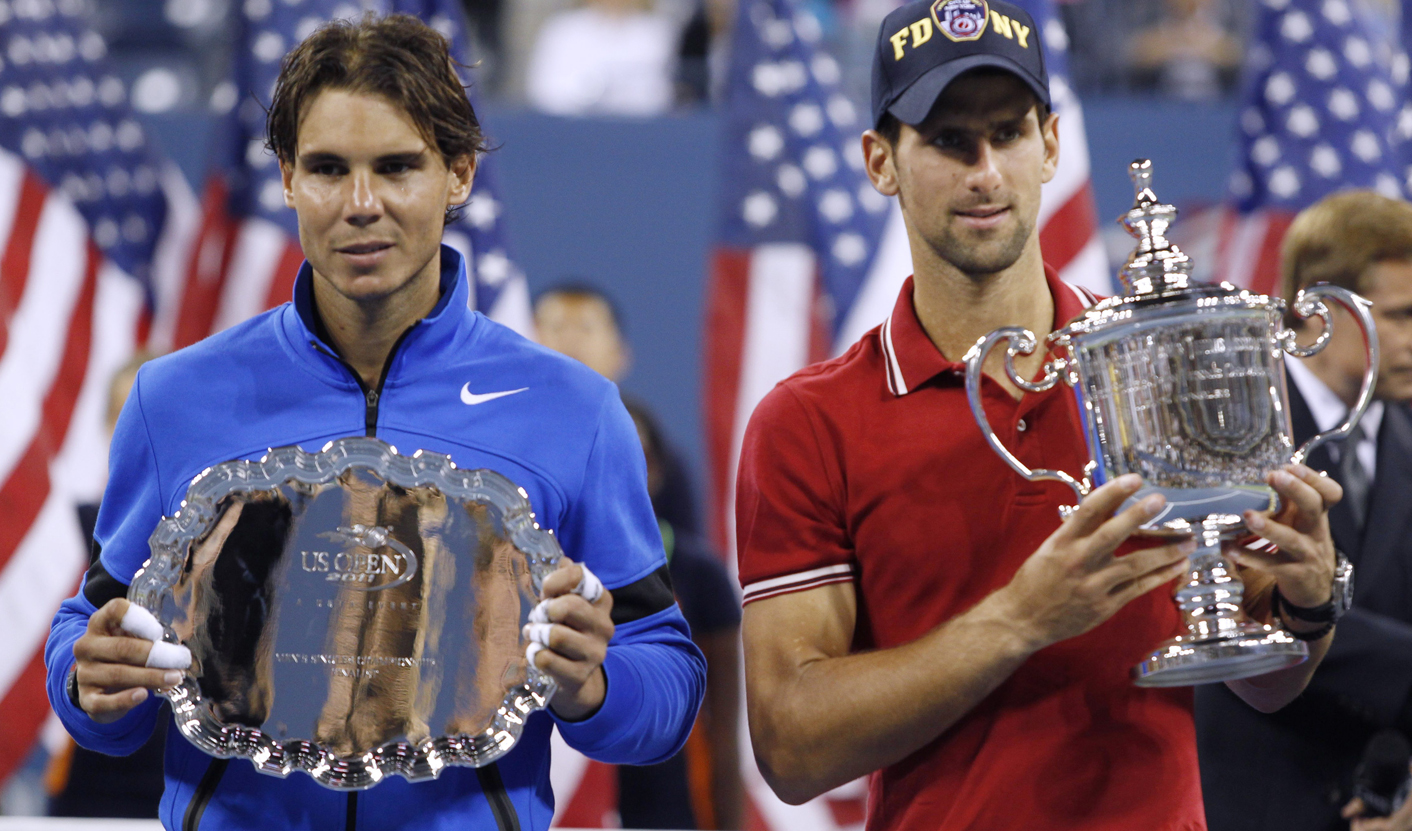 Novak Djokovic will arrive at Roland Garros seven wins away from becoming the first man for 43 years to hold all four grand slam titles concurrently - the only trouble is one of his victims will probably have to be claycourt king Rafa Nadal. By Martyn Herman

The 25-year-old Serb will be seeded one at the French Open, courtesy of the top ranking that goes with being the current Wimbledon, U.S. Open and Australian Open champion.

However, few will mark him down as favourite with Nadal, who Djokovic calls the “ultimate challenge” on clay, peaking at just the right time to chase a seventh Paris title and move him ahead of Bjorn Borg in the pantheon of Roland Garros champions.

Last year, Djokovic began in Paris on a claycourt roll after beating Nadal in the Madrid and Rome finals – only to fall to an inspired Roger Federer in the semi-finals.

His form this year has been impressive, if not quite as spectacular as last year when he won his first 41 matches of 2011 before the four-set loss to Federer.

He has also relinquished his iron-like hold over Nadal – losing in the Monte Carlo and Rome finals having won his previous seven matches against the Mallorcan powerhouse.

Having beaten a rejuvenated Federer in the Rome semis, however, and with world number four Andy Murray not in the best form or fitness, there appear few natural barriers to prevent Djokovic facing his day of destiny on June 10.

“It’s there and a possibility to win four grand slams in a row and I am going to prepare as I prepare for any other big event with more focus,” Djokovic said after his 7-5 6-3 defeat by Nadal in the Italian capital, a match that was too close to call for much of a brutal first set.

“The French Open is the only grand slam that I haven’t played in the finals so it’s a hard task but I feel good and I’m always motivated in France.”

Should he win his first French Open title Djokovic would join Australia’s Rod Laver (1962 and 1969) and American Don Budge (1938) as holders of all four slams at the same time.

To achieve it now, however, would be a considerably greater feat as back then three of the four slams were played on grass whereas now players must master three surfaces.

Another title for Nadal would leave little room for argument about the left-hander’s credentials as the greatest claycourt player of all time.

After beating Federer in last year’s final to draw level with Borg, Nadal failed to win another tournament until last month in Monte Carlo – a worrying gap that revived questions about the effect his playing style was having on his body.

He then won in Barcelona and, apart from a blip on Madrid’s experimental blue clay when he lost to fellow Spaniard Fernando Verdasco, Nadal has looked supreme.

Getting the better of Djokovic in Monte Carlo and Rome would have given him an enormous boost.

“I think this win is important psychologically,” Nadal said after claiming a sixth Rome title.

“The claycourt season was better for me (this year) apart from the mistake of Madrid. I am playing well and at the right level in my opinion.”

While a repeat of the epic Australian Open final which Djokovic won in five hours 53 minutes is a mouthwatering prospect, a few other players could provide dangerous hurdles along the way.

In winning the Madrid title and briefly returning to world number two Federer delighted his armies of fans and if the weather in Paris is warm and the courts fast the evergreen Swiss will be a serious contender.

Murray proved last year in reaching the semi-finals and pushing Nadal close that he has both the firepower and patience to be a threat and it will be interesting to see what impact his coach Ivan Lendl will have on the Scot’s belief.

The 25-year-old lost to flamboyant Frenchman Richard Gasquet in Rome when he was niggled with back pain and will have to be 100 percent throughout if he is to have any chance of ending his frustrating wait for a maiden grand slam title on the surface that arguably poses him the most challenges.

Czech piledriver Tomas Berdych, the world number seven, is high on confidence after some scintillating displays of late, while world number five Jo-Wilfried Tsonga could also ignite home passions if he arrives with his A-game.

Argentina will again have a strong contingent at a tournament that has served them well down the years with Juan Martin del Potro the most likely to challenge deep into the second week after impressive runs in Estoril and Madrid.

All the title contenders will cast anxious glances to the skies throughout the tournament – knowing that the Paris weather can be fickle in early summer.

With the sun out the courts play high and fast but throw in some dampness and the clay starts to cling and matches become a survival of the fittest.

Either way, Nadal remains the man to beat. DM

Photo: Novak Djokovic of Serbia (R) and Rafael Nadal of Spain pose with their trophies after Djokovic won the men’s final of the U.S. Open tennis tournament in New York, September 12, 2011. REUTERS/Jessica Rinaldi