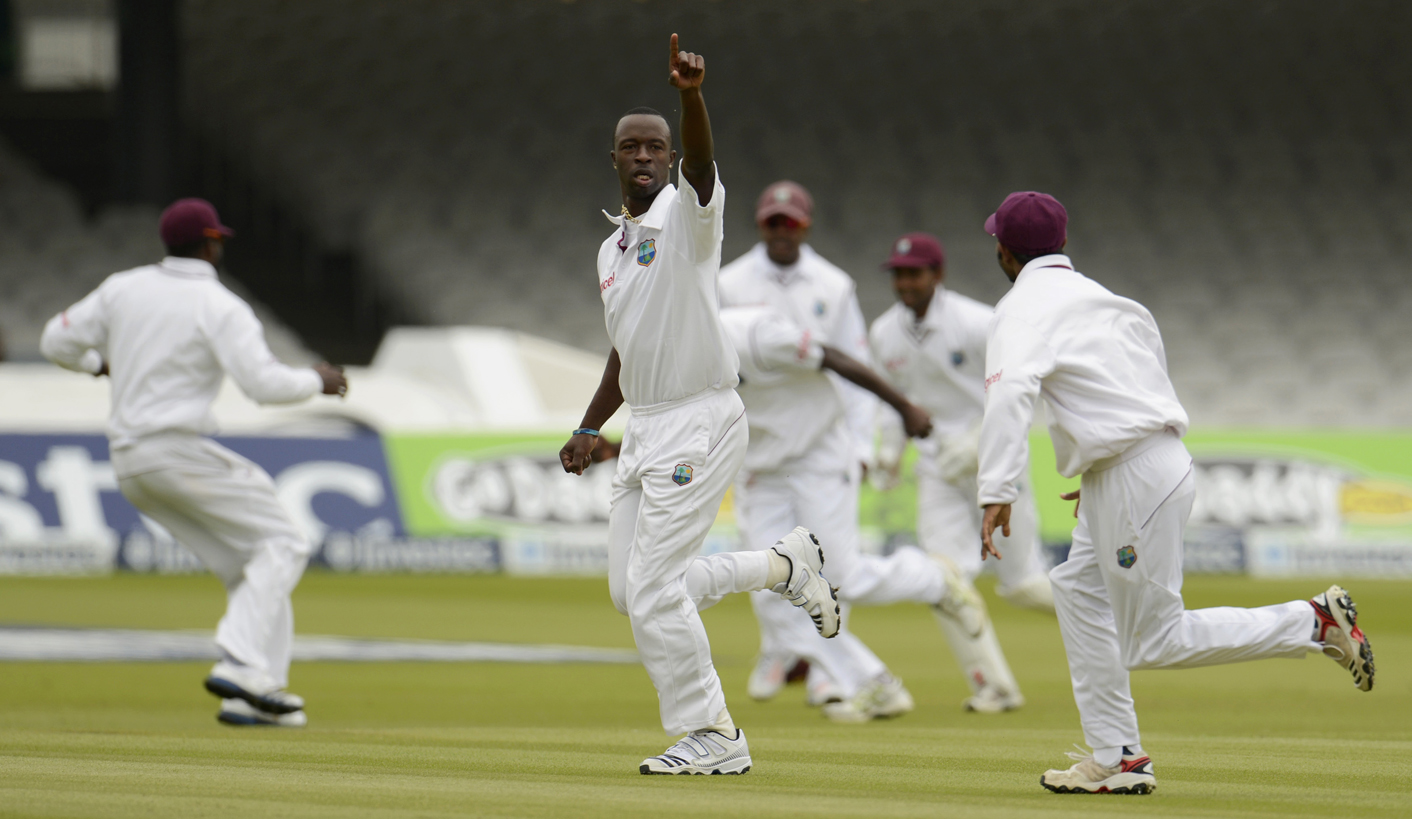 For the West Indies, failure to get over the line has been synonymous with success for too long. They need some serious changes, fast, and they can start by accepting their shortcomings publicly, writes ANT SIMS.

It’s been a common theme in West Indies cricket for a while, the celebration of being nearly men. They have been content with being average and have celebrated failure while masking it as progress. It was there when they were comprehensively beaten 2-0 by Australia at home, it was there in the press conference leading up to the first Test at Lords  and it’s here again; thanks to the Islanders almost pulling off a great escape, engineered by Shivnarine Chanderpaul and adorned by Marlon Samuels.

“The team continued to show the never-say-die attitude which we promised to bring out here in England. And we had some good performances from some of the players. We’ll take these positives into the next Test.” said skipper Darren Sammy after the first Test at Lord’s.

Of course, Sammy forgot that his side was rolled over for 243, and save for Adrian Barath’s effort at the top of the order and Chanderpaul’s laborious 87 in the first innings, there was little else that could be described as “never say die”.

It was only thanks to CPR administered by England’s incompetence that they managed to spring back into life and get a second shot, with one foot still firmly in the grave. Fidel Edwards looked a shadow of his former self, Kemar Roach was inconsistent with eight no balls in his first innings and the inexperience of debutant Shannon Gabriel, though effective, cost him as England chugged to 398 all out.

West Indies had been gifted a second life, but with just 53 runs contributed by the top four, WI were back in familiar territory and headline writers had it easy, regurgitating old headlines of Chanderpaul saving the day, all on his own. The only thing that was different was that Chanderpaul had Samuels by his side. The two combined for a 157-run partnership before Samuels succumbed trying to drive a delivery full outside off that found the edge. Sammy then stepped in for a brief 37 off 44, but it was all over soon enough and West Indies were all out for 345 with a lead of only 190. Just to ensure the delusion persisted though, a super spell from Roach at the end of day four had England two down at the close of play and some believed that maybe, just maybe, the West Indies could pull off a miracle. But Alastair Cook and Ian Bell knuckled down and stopped the charge, helping England to what was a relatively easy win in the end, squeaky bums and all.

Just to add fuel to the fire of embarrassment, Sammy called for a review with England needing only two runs to win. Jonny Bairstow was hit on his pads with an inside edge, and the skipper thought making a mockery of a system which is there to eliminate bad decisions was a good idea. Instead he draped himself in desperation.

And how desperate Sammy must be. For a win for the West Indies to be plucked out of the deep-dark hole and be restored to even just a glimmer of their former glory. He’s only won two games in his 17-match tenure and one of those was against Bangladesh. Their lack of application is deeply distressing and constantly burdening a single player with the task of 11 men could be seen as a sign of nonchalance. Sammy and Co. are quick to talk about progress and laud their efforts, but nobody seems to be taking responsibility for everything that is wrong. Nobody showed up to the press conference at Lord’s on the second day of play and the warning lights shouldn’t just be flickering, the sirens should be wailing. Where is the person pointing out the shortcomings, accepting them, saying that they need to go back to the drawing board?

Instead they hammer on with the “positives”. Using the excuse of an “inexperienced” batting line-up is easy, but the top four has a total of 45 Tests combined, hardly a bunch of players new to the game. Add to that the fact that England looked toothless and the freezing conditions didn’t allow for much swing from England’s chief destroyer, Jimmy Anderson. With the rest of the England team looking as if they had mentally checked out of the match, one can’t help but feel disappointed that the West Indies didn’t push harder.

The scorecards, history and archived results will not tell of the valiant efforts. The scorecards will read: lost by five wickets. No added footnote of “but with great pride” and it certainly won’t tell you how Sammy was impressed by his charges.

Until Otis Gibson and his men buck up and instil a winning culture, or at least a culture where losing is synonymous with disappointment, the West Indies will continue to go nowhere slowly while sugar-coating their mediocrity with the kind of stomach-churning “at least we tried” rhetoric that would make Yoda turn in his grave. Because “Try” should not be in their vocabulary, there is only “Do” and “Do not”.

To do that, they first need to make some serious changes. And they can start by selecting Chris Gayle for the next Test or at least the final one. By no means is he the knight in shining armour, but Gayle is at least one step in the right direction. DM