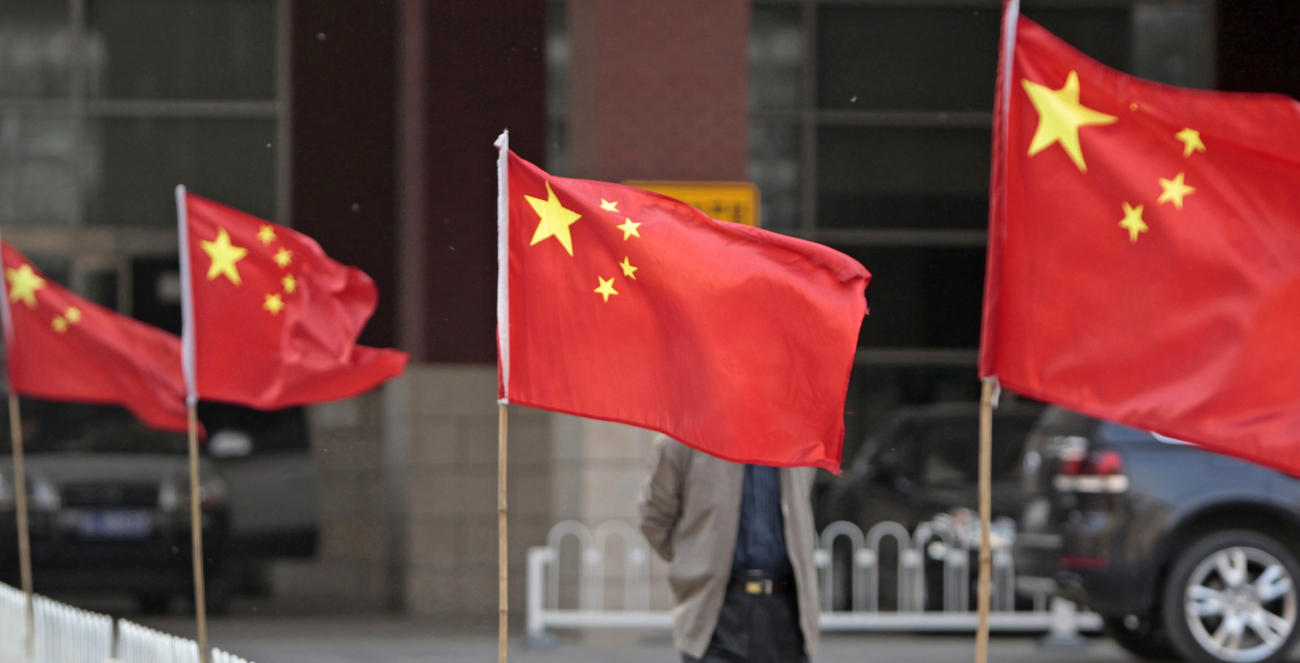 The World Bank snipped its growth forecast for China for this year to 8.2% from 8.4%, and called for regulatory changes that would boost consumption rather than state intervention. In its twice-annual East Asia and Pacific forecast (which excludes Japan and India), the World Bank also said the region, due for a drop in fortunes, could see this fall exacerbated by the debt crisis going on in Europe and a softening Chinese property market.
AFP, Bloomberg

A prominent British lawyer and rights activist on Tuesday encouraged gay and lesbian Olympic athletes from countries where their kind of hay-rolling is illegal to apply for asylum in Britain during the Games in July and August. Mark Stephens, whose name you might have heard in relation to his most prominent client, WikiLeaks’ Julian Assange, also said the International Olympic Committee should punish countries where homosexuality is illegal. (There are 78 of them, five of which punish bumping similar looking genitalia by death.) In 2010 the UK’s Supreme Court ruled that people persecuted for their sexual orientation could apply for asylum in Britain.
Reuters, Guardian

Bucking international trends, the politicians cramming into Italy’s lower house on Tuesday voted against their own interests, passing a measure to halve state funding of political parties. It’s no huge surprise that much of this cash has resulted in scandals over the money’s final destinations, and the savings from this vote alone will keep an extra €91-million in the country’s bank account. This follows a hammering on Monday of Italy’s established parties in local elections – an uneasy sign for the usual batch of politicians with a general election coming up next year.
Reuters, BBC

South Korea will chemically castrate its first citizen, according to the country’s justice ministry on Tuesday. A panel decided on Monday that the set of medicines which will reduce libido were an applicable sentence for a man named Park, convicted on four sexual assault counts against minors. Park will undergo this treatment for three years, as well as other kinds of therapy, as he has been designated a repeat offender.
Korea Herald, Xinhua

David Villa will not be a part of Spain’s effort to defend the European football championship at Euro 2012 because he has not recovered from a broken leg. Villa, the top scorer at the tournament’s last edition, informed Spain coach Vicente del Bosque that his broken leg, suffered in the Club World Cup in December, had not fully healed. While Spain have firepower up front, losing their all time highest goal scorer is an unfortunate blow.
AP, Goal.com

ANC (and often South Africa’s) President Jacob Zuma will speak at a National Union of Mineworkers’ elective conference from 12:20.

Egyptians go to the polls on Wednesday and Thursday to elect their first president since the downfall of Hosni Mubarak in 2011. Over 52-million eligible voters will pick among 13 candidates, with the results expected Saturday. If no candidate gets a clear majority a run-off takes place on 16 and 17 June.

After captivating the country’s imagination, Brett Murray’s Spear painting of President Jacob Zuma was dramatically defaced on Tuesday – while the ANC gathered a few kilometres away in Johannesburg to have the painting banned.

Egypt’s elections and the revolutionaries’ dilemma

It’s the calm before the storm. In Cairo and Alexandria, Port Said and Aswan, campaigning for Egypt’s next president has stopped, thanks to a three-day “cooling off” period designed to give voters some respite from the relentless onslaught of adverts, interviews and rallies. In theory, at least.

Contrary to many an opinion, the ANC’s best friend these days is by now the infamous painting by Brett Murray. As things stand, they have reason to thank the artist for giving them a unique opportunity to further secure their core voting constituency from the further encroachment by the liberal infidels.

Syrian conflict threatens to spill over into Lebanon

Kofi Annan’s grand plan to end the conflict in Syria has yielded peace in name alone. As Syria continues to sink further into civil war, the conflict is starting to spread across the border into Lebanon, where thousands of Syrians live. But the two countries have a complicated relationship.

‘The Second Sexism’ – discrimination against males

Philosopher David Benatar is a victim twice over. For starters, he is a man – and the thesis of his latest book, The Second Sexism, is that males are subjected to “many and quite serious forms of sex discrimination”. Secondly, there’s the fact that he says his book keeps being wilfully misunderstood by the media.

YCL: Hail to the vandals!

The Young Communist League has welcomed the defacing of The Spear and promised to march to the Goodman Gallery on Thursday anyway, even though the painting may well have been removed by the time they get there.

A “new” UNICEF document details the plight of children in South Africa’s unequal society. The statistics are a sobering reminder of the challenges ahead and the need to address them each and every day.

Take your pick. When Hollywood comes to town, who would you like to play the daring, ass-kicking Acting National Police Commissioner, Nhlanhla Mkhwanazi? Denzel Washington? Will Smith? Ice T? Whoever it is, he’ll have to show that, like Mkhwanazi, he’s determined to stamp his authority, whether his political bosses like it or not.

Goodman: What a difference a spear makes

Nudity in art has been around for a very, very long time. And it is not merely confined to Western art. We find it in traditional African and Indian art too. Yet one painted image has upset the ANC more than kilolitres of outraged editorial ink. Why? J BROOKS SPECTOR takes a look.

PaintingGate: the Gallery strikes back

As anger and tension over a portrait of President Jacob Zuma grows, the gallery displaying the artwork says it will not be dictated to. Not even by the most powerful man in the land. With the court case over The Spear – and possible protests – due to start today, ALEX ELISEEV looks ahead.

Post-NEC meeting briefings at Luthuli House are about two things: getting the ANC’s opinion on the affairs of the day, and party secretary-general Gwede Mantashe leading journalists on a merry dance as he avoids questions he doesn’t want to answer and delivers stern sermons on the topics that he feels happy to hold forth upon. You know, just another Monday morning in South Africa.

Not even lampooning is forbidden on Broadway

Taking the mickey out of popular musicals is an old tradition, and still a delightfully wicked form of entertainment. Especially when the shows are lampooned with wit and intelligence, as they are in Forbidden Broadway.

The week that was(n’t) in beloved South Africa. Seriously.

While the South African government dawdles on gas drilling, global competitors are eating our lunch. The objections are crumbling under the weight of evidence. The sooner South Africa permits shale exploration in the Karoo, the better.