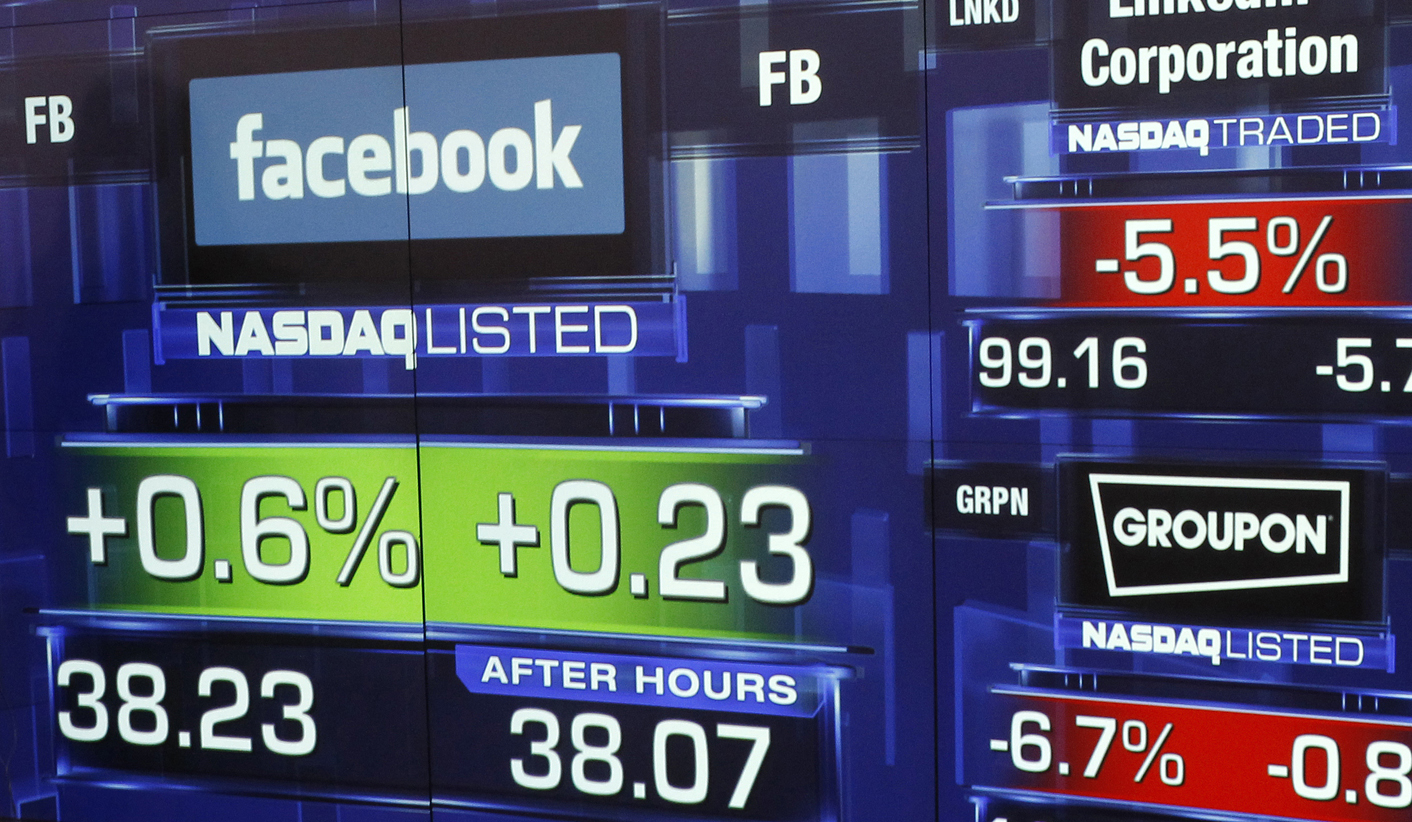 As Facebook Inc officials traveled the country to talk up the company's $16 billion initial public offering, the social networking giant advised analysts for underwriters to reduce revenue and earnings forecasts, according to people with direct knowledge of the matter. By Olivia Oran and Nadia Damouni

The advice came around May 9, the day the company published an amended prospectus that included a cautionary note about how Facebook’s users were increasingly using mobile devices, which generate less advertising revenue for the company.

As previously reported by Reuters, in the following days, the analysts for lead underwriter Morgan Stanley and at least three other underwriters reduced their forecasts for Facebook’s second-quarter and full-year revenue, and communicated this to at least some of their institutional clients.

It had not previously been clear whether the reduced forecasts were developed independently by the investment banks or whether they came in response to specific guidance from the company.

Sources familiar with the discussions said Facebook was clear in its guidance to analysts, who later revised their forecasts.

“Facebook backed off and said, ‘Hey, get your models down,'” said a person at one of the underwriters with knowledge of the situation.

It isn’t known which analysts from the 33 IPO underwriters were contacted by Facebook with the revised guidance.

Two U.S. financial regulators will review Facebook’s initial public offering. The shares closed flat in their debut on Friday and plunged 11 percent on Monday. They closed 8.9 percent lower on Tuesday at $31, shedding more than $19 billion in market capitalization from the $38-per-share IPO price.

“Morgan Stanley bankers were telling the company how to handle the research analysts,” said a source from one of the underwriting firms with knowledge of the situation.

Officials at Facebook declined to comment. Morgan Stanley released a statement saying it followed the same procedures with Facebook that it does with all IPOs. “These procedures are in compliance with all applicable regulations,” spokesman Pen Pendleton said in the statement.

“In response to the information about business trends, a significant number of research analysts in the syndicate who were participating in investor education reduced their earnings views to reflect their estimate of the impact of the new information. These revised views were taken into account in the pricing of the IPO,” the Morgan Stanley statement said.

It also highlighted paragraphs from a 2010 filing in the U.S. district court of the Southern District of New York that said research analysts can communicate with investors regarding an offering.

Federal and state regulators said on Tuesday that they were looking into various issues surrounding the Facebook IPO, including whether big investors got key information that was not available to all investors.

For Facebook and Morgan Stanley, news about the revised projections has further undermined confidence in the social media company’s shares. DM

Photo: Monitors show the value of the Facebook, Inc. stock at the closing bell at the NASDAQ Marketsite in New York, May 18, 2012.  REUTERS/Keith Bedford