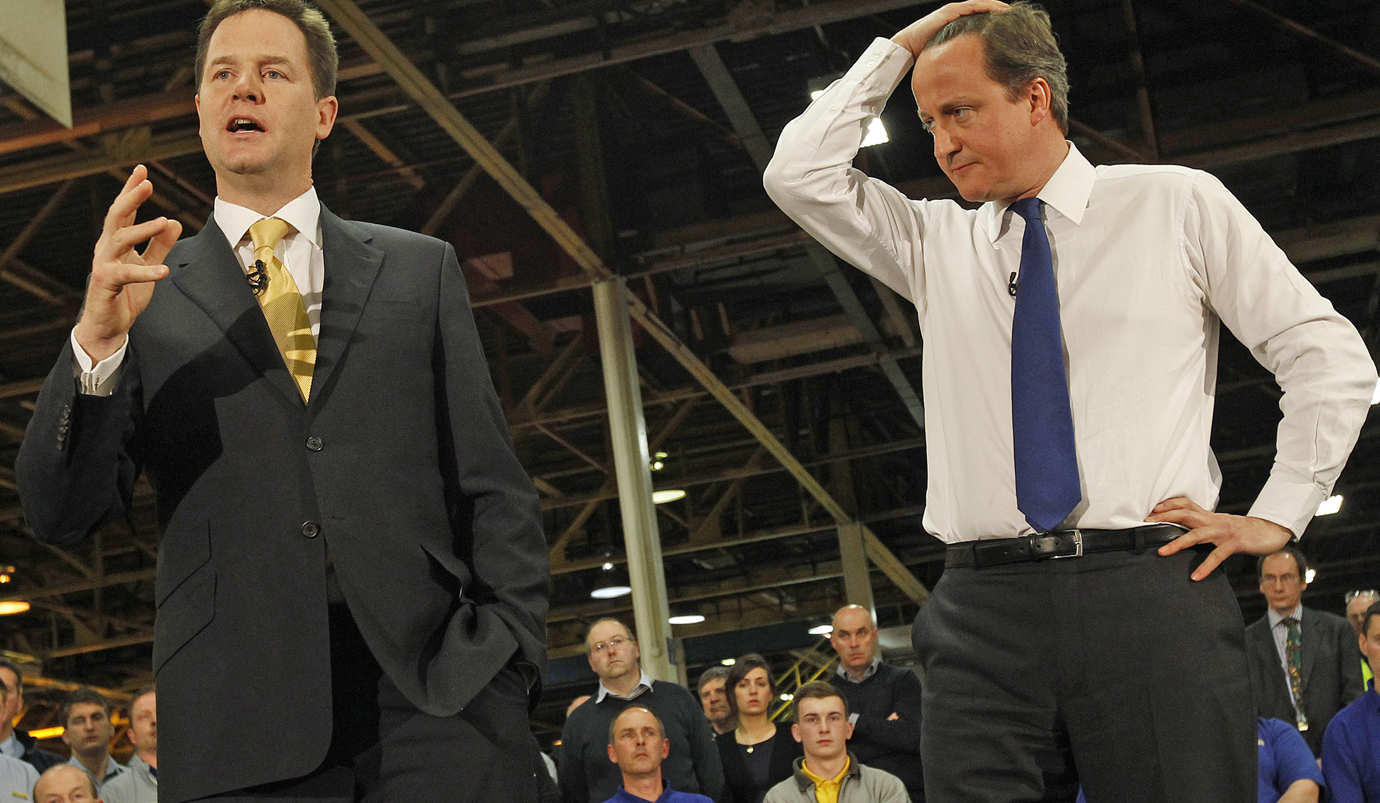 The Bank of England signalled on Wednesday it was likely to pump more money into the struggling British economy if the euro crisis causes more mayhem, and the government flagged new steps to boost growth. By Sven Egenter and Olesya Dmitracova

Evidence that both may be needed was sharply underlined by data showing that Britons have been shopping much less and factories getting far fewer orders.

In minutes of its May meeting, the Bank of England reported that while 8 of 9 policymakers voted to end a 325 billion pound round of asset buying to keep interest rates low, they had not closed the door on more.

Separately, Deputy Prime Minister Nick Clegg said it was an “absolute priority” to get credit into the economy and pledged to “massively” amplify what the government was doing in its 20 billion pound credit-easing scheme.

Both echoed a prescription delivered on Tuesday by International Monetary Fund head Christine Lagarde, who urged the central bank to buy more assets – possibly including company bonds and mortgages – and called on the government to find money to boost infrastructure spending.

Fears of contagion from the euro crisis are weighing heavily on Britain, which relies on the next door bloc for much of its trade. But even without this the country is still reeling from the 2008-2009 slump that has left many people worse off and drove unemployment to its highest level since the mid-1990s.

Prime Minister David Cameron’s coalition government of Conservatives and Liberal Democrats has been under fire for the UK’s return to recession, which the opposition in parliament blames on spending cuts and tax hikes, aimed at erasing the budget deficit.

The inflation outlook swayed the majority of Bank of England policy makers to vote against expanding the existing asset purchase programme, according to the minutes.

But for several members the decision was “finely balanced”.

There was a case for more easing, the minutes said, because the risks from the euro zone crisis could hurt business and consumer confidence more than expected and the rise in the pound may help to dampen price pressures.

“It’s very clear that the MPC is ready to do more QE if need be,” said Jens Larsen, economist at RBC Capital Markets.

In a fresh sign of economic weakness, manufacturers expected to throttle production as order inflow slowed in May, a survey from business lobby CBI showed.

“If the crisis in the euro zone continues, it is bound to have a dampening effect on sentiment,” CBI chief economic adviser Ian McCafferty said.

And retailers recorded the steepest drop in sales volumes in more than two years in April, though the fall was compounded by a record drop in fuel sales, following March’s panic-buying caused by a looming truck driver strike.

“Although the government should continue with its plan to reduce the deficit, ministers should consider reallocating priorities towards more policies to support growth,” said David Kern, chief economist at the British Chambers of Commerce.

More spending on infrastructure was needed, he said. “If tax cuts are an option, cutting national insurance contributions rather than VAT would be more effective.”

The IMF said on Tuesday that the government should ease its austerity drive and consider cutting taxes if the euro zone crisis escalated, but the onus to act was on the central bank.

The Bank may have room for additional easing, after data showed UK inflation fell to 3 percent in April, its lowest level in more than two years.

Deputy Governor Charlie Bean said in a speech on Wednesday the BoE may need to resume asset buying if economic conditions deteriorate sharply. But he gave only a lukewarm welcome to the IMF’s advice to buy assets other than government bonds, reiterating that such a decision was for politicians to take.

The government is pinning its hopes to get credit flowing on a scheme of credit easing, designed to pass on its record-low borrowing costs through guaranteeing banks’ lending to small and medium-size companies.

But Bean said banks were only partly to blame.

“I think the deeper problem holding growth back is actually a lack of confidence,” he said at an event. “That makes consumers less inclined to spend, particularly those that are relatively highly indebted, that makes the business investment climate depressed, and so forth.”

Consumer morale has fallen back to near-record lows in the past month as inflation is still outpacing meagre wage increases and the dire economic news has stoked job fears. DM