Egypt: All hail the Arab Spring 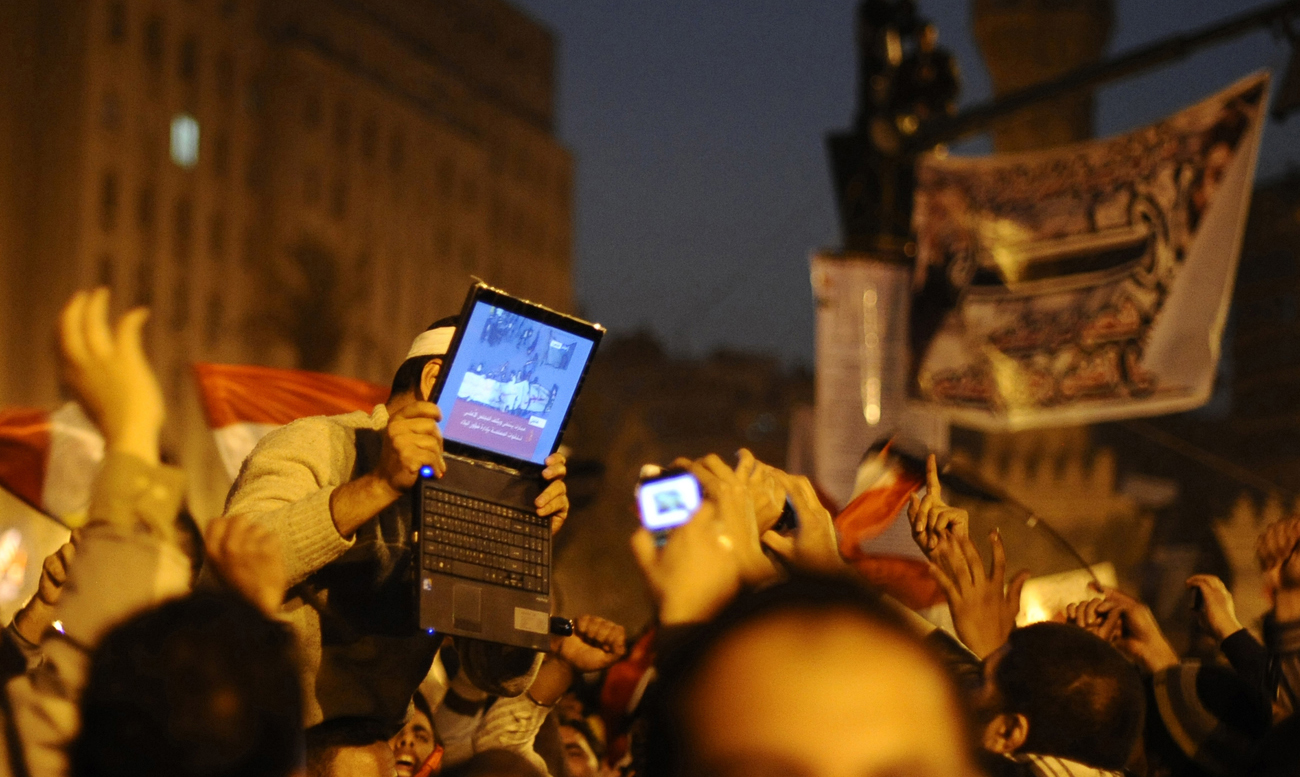 When Egypt goes to the polls to elect a new leader, it will be a triumph for the Arab Spring. It will be a victory for the sheer will of a people. Yet, even as Egyptians enjoy the fruits of their spring, however bitter the fruits may yet be, what exactly did happen to the great promise of the Arab Spring?

On Wednesday, Egypt goes to the polls to elect a new president. It is a historic day. For the first time Egyptians will participate in an election that is not a foregone conclusion.  Yes, it is also a triumph of the Arab Spring – the great wave of popular uprisings that so spectacularly swept through North Africa and the Middle East.

Remember, at some point last year, the Nobel Peace Prize was tipped to recognise the “Arab Spring”. The expression rolled off the silky tongues of Western politicians, drumming up financial aid, a no-fly zone over Libya and entreaties for certain Arab dictators to step down. Arab dictators, from Saudi Arabia to Morocco, grudgingly acknowledged the irrepressible demand for reform.

Whatever we may understand by the term- whether as a movement that owes its history to decades of political activism or a sudden burst of political awakening – what we witnessed in North Africa and the Arabian peninsula last year reaffirmed the agency of Arabs for themselves. It proved without doubt that people living under the yoke of dictatorship do have a will of their own and if pressed, they will exercise it. Besides the verbose analyses of the role of technology in fostering the revolutions – the real story is of a repressed people finding their voice in a very noisy world.

In Tunisia, where overt displays of Islam were repressed under the rule of Ben Ali, the post-revolutionary Tunisia has for example, witnessed a growing number of men growing their beards and wearing skullcaps. Another movement in Tunisia in recent months has been to re-accord the Arabic language some of the veneration offered to French in the Ben Ali years.

Of course all this can be explained in the context of the rise of the Islamist-oriented Ennahda party in the country. An Islamist movement gaining strength and the popular vote in the parliamentary election does signal a more overt Islam being practised in Tunisia. And there are a good many people unhappy with these developments – not least for beards besmirching the aesthetic appeal of men.

And then there’s Egypt, beloved to so many, which never really lost its revolutionary fervour. Even after Mubarak’s departure, protestors wary of the role of the ruling military council in maintaining an unhealthy status quo have clashed with the military. Facing up to it, resisting its attempts to enforce law and order, people have still died.

A shocking number of civilians have been tried in military courts – activists were forced behind bars but still Egypt voted “yes” in a referendum for a speedy presidential election. Islamists won the lion’s share of seats in parliament and, for some entertainment on the side-lines, one hard-line MP was sacked for lying about having had a nose-job.

But even as Egypt revels, elsewhere the great promise of the Arab Spring has paled into a haze of violent conflict, foreign interests and a compelling bogeyman – the rise and rise of political Islam. In Yemen, Syria and indeed northern Mali, where the Arab Spring remains dissolute with hard reality, the prospect of the kind of democratic process unfolding in Egypt, Tunisia and even in isolated pockets of Libya, where preparations for local elections are underway, seems far away.

In Yemen, where a popular uprising that began in the southern city of Taiz and then spread north to the capital, Sanaa, protestors demanded the end of dictatorship encountered the ire and stubbornness of Ali Abdullah Saleh. In the ensuing violence, even he was not left unscathed, but on a brighter note a Yemeni woman became the first woman to ever win the Nobel Peace Prize.

When he eventually bowed out of office, it was at the persuasion of Yemen’s hegemon – Saudi Arabia – who ensured Saleh, unlike Mubarak, would never have to be dragged to court to answer to an aggrieved people. Saleh’s deputy was installed into power and all seemed hunky dory.

But on Monday a bomb ripped through a rehearsal for a military parade leaving between 75 and 96 people dead. An Al-Qaeda affiliate has been nice enough to own up to the carnage but the blast casts light on everything the Arab Spring has failed to do, or at least not been allowed to do.

Ali Abdullah Saleh was valued by the White House for his commitment to fight terrorism in Yemen, he was eventually protected and cushioned from a Mubarak-like fate because of his value to the war against terror. Yet what benefit has that been to the people of Yemen, where malnutrition is now being reported with alarming frequency and al-Qaeda seems only to have grown stronger?

In Yemen at least it’s the voices of Saudi Arabia and the US that tempered the voice of protesters shouting in the squares. The little opportunity they had won to express their will was drowned out by the compulsion for protecting foreign interests.

The West, be it the US or France, were slow to catch on to the heady opportunities to sprout niceties about freedom and democracy that came at the beginning of the Arab Spring. Remember, Sarkozy even offered Ben Ali help to deal with the protestors in Tunisia. And in Egypt, the Americans’ first reaction was to urge caution on both sides.

But as they tried to correct their stances, lest history judge them ill, so too did the sites of the Arab Spring uprisings become more complicated. Foreign interests had to be protected. And with it the tenacity of the dictators involved also improved. Gaddafi committed himself to war until death. Assad in Syria seems increasingly to be headed for a similar fate.

And then there’s Kuwait, Jordan, Mauritania, Saudi Arabia, Bahrain, Morocco, Oman, where the voice of protesters’ have been met with avowed appeals for calm, promises of reform and pots of gold at the end of the rainbow.

The Arab Spring, with all its heady promise and fervour, so admirably non-violent has now dwindled into war in Syria, Al-Qaeda on the rampage in Yemen, an Islamic state declared in the north of Mali, where the Tuareg – without Gaddafi to fight for and conveniently armed to the teeth – won new life for an age-old cause. And then Lebanon, dear Lebanon, is teetering on the brink of chaos thanks to the war waging next door in Syria.

And yet Egypt gets to choose a new president on Wednesday.

People thronged to Tahrir Square chanting, “Al sha’ab yureed…” “The people demand…” The thrust of their demands will emerge in Wednesday’s presidential election. And in the great romance of the Arab Spring, right at the 11th hour, something gloriously triumphant always happens to prevent the worst before it happens.

All hail the Arab Spring. DM