DRC: Not much has changed in the east 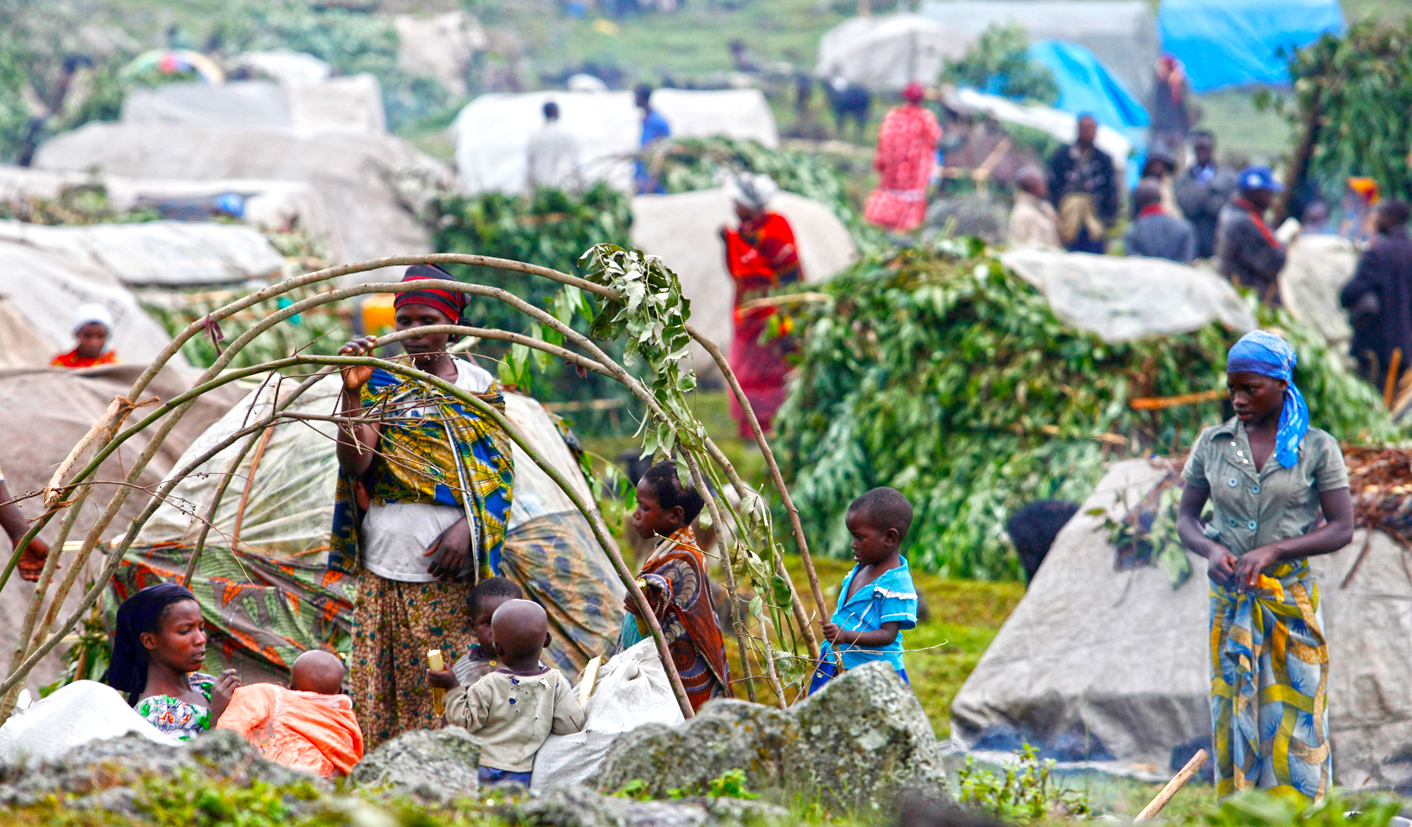 Deals have been made between President Joseph Kabila and the CNDP rebel forces, but their integration into the army hasn’t worked. Some are unhappy about the slow process, others have broken into splinter groups. And those on the ground continue to suffer.

The last time the eastern city of Goma was this close to falling into rebel hands, in late-2008, Congolese President Joseph Kabila made a desperate deal with Rwanda: Neutralise General Laurent Nkunda, the leader of the CNDP rebels, and the DRC will allow you on to its territory in order to track the FDLR, the armed movement led by the Rwandan Hutu militia responsible for the 1994 genocide.

Within weeks Nkunda had been apprehended by Rwandan forces and placed under house arrest – where he remains four years later – and a new leader, Bosco Ntaganda, had been anointed by Kigali to lead the CNDP, the National Congress for the Defence of the People. Meanwhile, Rwandan troops had spent six weeks running around the east attempting to neutralise the well-entrenched FDLR, the Democratic Forces for the Liberation of Rwanda, to limited permanent effect.

The peace negotiations between Kinshasa and the CNDP, aimed at addressing the concerns of the Congolese Tutsi population, which the congress purports to represent, culminated in a plan to integrate its units into the Congolese army and give the CNDP a seat in the government in Kinshasa. The military integration happened, but remained an essentially superficial exercise – CNDP units joined Congolese army regiments stationed in the east, but maintained their old loyalties and internal congress command structures. The political opening never progressed and the demands of the ethnic Tutsi community as represented by the congress went unaddressed.

Bosco Ntaganda, meanwhile, was wanted by the International Criminal Court  on charges of recruiting children into his militia army in Ituri, a remote north-eastern region of the country where another ethnic conflict raged between 1999-2005. The Kabila government, once a darling of the ICC, argued that Ntaganda’s arrest would destabilise the east, and instead made him a general in the national army.

Since then, the status quo has suited most of the key players. Kabila avoided an embarrassing military defeat and could argue that the dismantling of the CNDP and Nkunda’s arrest had brought some stability to the east – a point initially echoed by the civilian population. Ntaganda became rich off illegal mining and other business, as did many of his senior commanders and their Rwandan allies. Congolese army interests in the mining sector in the east were also left intact, as were those of the Rwandan liberation forces.

But the security situation on the ground has remained abysmal, and the eastern provinces of North and South Kivu have become, to all intents and purposes increasingly lawless territories where civilians are prey to myriad armed groups, local and international, small and large. Military operations launched earlier this year against these armed groups have had little success, and the impact on civilians is dire. Of two million internally displaced people in the DRC, 1.4 million of them are in North and South Kivu.

Much of this is due to lagging reform in the security sector, a process for which Kinshasa has consistently lacked the political will. Over the last year, the Congolese army, a poorly disciplined, badly trained and abysmally paid national army, has become even more demoralised by what many perceive as the unfair advantages accorded to newly integrated troops from the CNDP and two other rebel groups – Pareco and FRF – during a recent army restructuring. Defections in the east have increased as a result, with some deserters constituting their own militia groups.

Numerous joint military operations between the Congolese army and forces of the United Nations Stabilisation Force in the Congo have been launched against the FDLR, whose presence in eastern Congo continues to provide Rwanda with a pretext to meddle in Congolese military and political matters. While the Rwandan liberation forces are far from eliminated, their economic operations – mining in particular – have been weakened somewhat by these operations.

However, they have adapted well and are now increasingly involved in the trade of basic goods in remote areas. The FDLR has also created new links with local armed groups, allowing them an expanded intelligence-gathering network, as well as access to commercial opportunities.

A number of international armed groups – including the Ugandan Allied Democratic Forces, estimated to be 1,000 strong – are also using north-eastern Congo as a base for their operations. The ADF finances itself in part through control of the timber trade in areas under its control, as well as the levying of illegal taxes. But because it does not loot or kill indiscriminately, it is supported by the Congolese population, which has actively prevented Congolese army operations against it.

Local armed groups play an equally destabilising role. The United Nations Group of Experts on the DRC estimates that there are 2,000 members of Congolese armed groups operating in local groups in the east, and another 1,000 operating alongside foreign forces. The majority of these are combatants who were never integrated into the Congolese army, and whose resentment fuels their continued armed activities. This frustration has been exacerbated by the government’s refusal to grant amnesty to deserters from armed groups who wish to join the Congolese army or be demobilised.

Even those groups with whom integration agreements have been concluded have been disappointed by the slow pace of the process, and by Kinshasa’s refusal to honour its political commitments. This too is the case of the CNDP, which is composed primarily of ethnic Congolese Tutsi. Although Kabila’s threat to arrest Ntaganda and so decapitate the movement, was the catalyst for the desertions, many also claim to be angry at Kinshasa’s failure to accord their community a voice in government.

This is also the case of the newest rebel group to emerge in the east: the M23. A splinter group from the CNDP, M23 has distanced itself from Ntaganda’s leadership and is now operating independently. Its combatants have been engaged in sustained combat with the Congolese army north of the city of Goma, the capital of North Kivu province.

For now, the Congolese government has rejected suggestions that it would allow neighbouring Rwanda to mediate, and seems determined to resolve the problem militarily. Even if this succeeds, the solution will be just another Band-Aid. As long as Kinshasa refuses to address the underlying issues in the region, and to make military reform an urgent priority, the east will remain in chaos. DM