Donald just aching to break his duck in majors 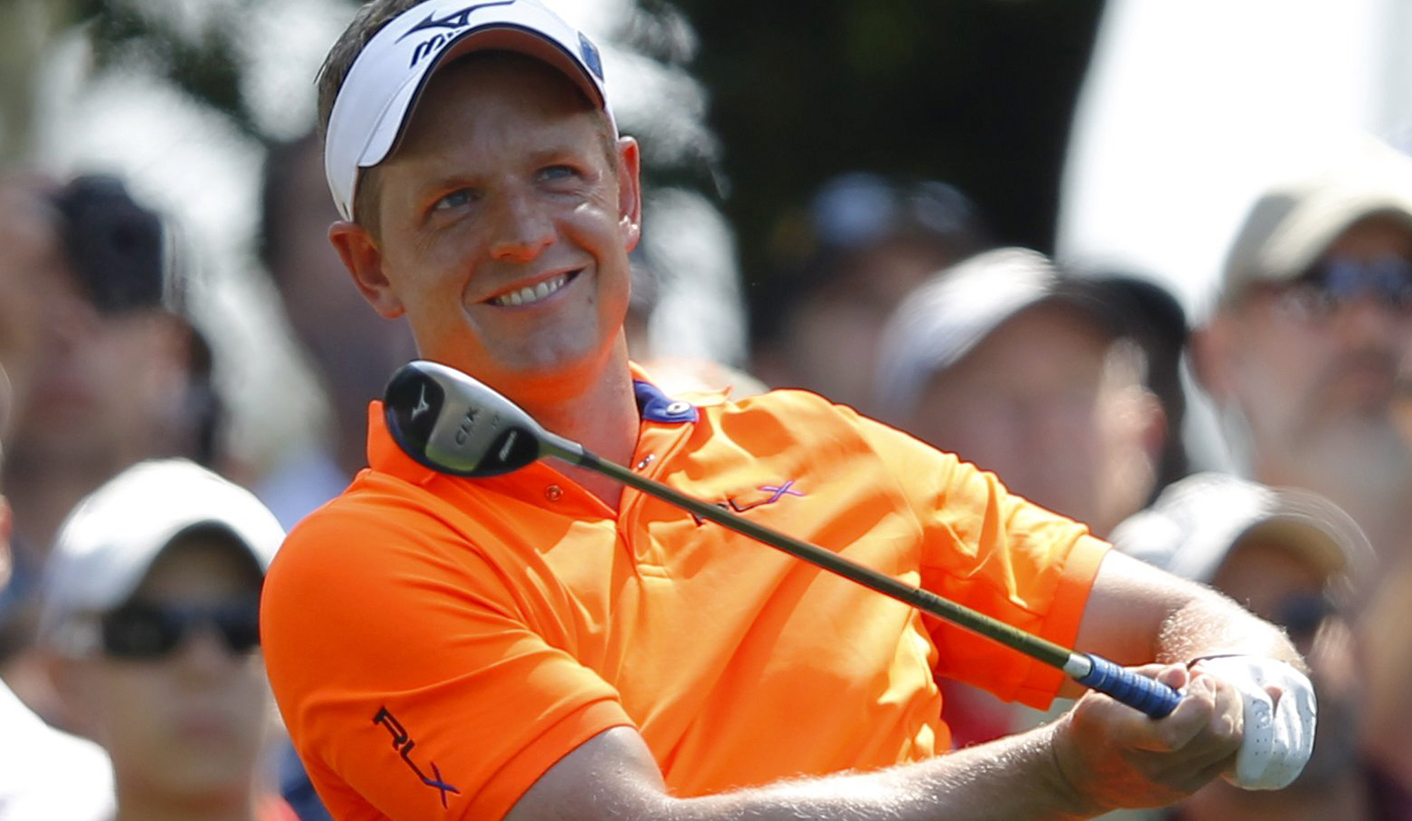 Luke Donald has topped the world rankings on three occasions and lifted a host of leading honours and titles but one thing continues to bug him - the lack of a major championship victory. By Tony Jimenez

“I want to win majors – that’s the thing missing from my resume,” the Briton told reporters on the eve of the PGA Championship at Wentworth.

Donald enjoyed a bitter-sweet night at a European Tour dinner on Tuesday evening.

He received his 2011 Player of the Year and Golf Writers’ trophies but was once again reminded of his lack of a breakthrough major crown.

“I was very jealous to see some of those trophies and some of those guys last night,” said Donald. “Watching them, it’s motivating.

“It’s kind of inspirational seeing some of those video montages and just seeing what a lot of us (tour players) have achieved over the last few years.

“It’s motivating to get yourself to work harder to try and achieve that,” he added referring to the likes of 2011 U.S. Open champion Rory McIlroy and last year’s British Open winner Darren Clarke. “Hopefully that will happen.”

Donald has had a few close calls in the majors, twice finishing in the top four at the U.S. Masters, coming joint fifth at the 2009 British Open and tied third at the 2006 U.S. PGA Championship.

He acknowledges that perhaps, on occasion, he has tried too hard to get across the finishing line first in one of golf’s elite four tournaments.

“In majors there is more pressure, more expectation,” said Donald. “You have to learn to deal with that.

“I am learning I get more uptight in them. I want to win so badly that sometimes that gets in the way.

“I just have to learn to relax and deal with that. I know I have the ability to win one, it’s just kind of managing those expectations and approaching it with the right attitude.”

Donald, who has also been awarded Honorary Life Membership of the European Tour after his unique feat in winning the orders of merit on both sides of the Atlantic last season, says he is so competitive he can hardly take losing to his young daughter.

“My wife would tell you, daily things like chasing my daughter up to the top of the stairs, I don’t like to let her win – and she’s two years old,” said the 34-year-old Englishman to roars of laughter.

“I’ll pull her back if I have to,” he said half-jokingly. “It’s just that competitive streak in me I suppose.”

Donald and fellow Briton McIlroy have had a ding-dong battle at the top of the rankings this season and he said their rivalry was a typical example of artiste vs artisan.

“I think Rory is one of the most naturally gifted players there is,” he said of the world number one from Northern Ireland. “He just has that look about him, he is free-flowing, hits the ball far and it just seems really effortless.

“I feel like personally if I don’t work hard and grind it out, I’m not going to be that successful. It’s just not that easy for me.

“I can’t take weeks off, come back and expect to hit it well. It takes a lot of work, a lot of effort – that’s how I’ve been able to be successful,” added Donald. DM

Photo: Luke Donald of England watches his tee shot on the fourth hole during a practice round for the 2012 Masters Golf Tournament at the Augusta National Golf Club in Augusta, Georgia, April 4, 2012. REUTERS/Brian Snyder