YCL: Hail to the vandals! 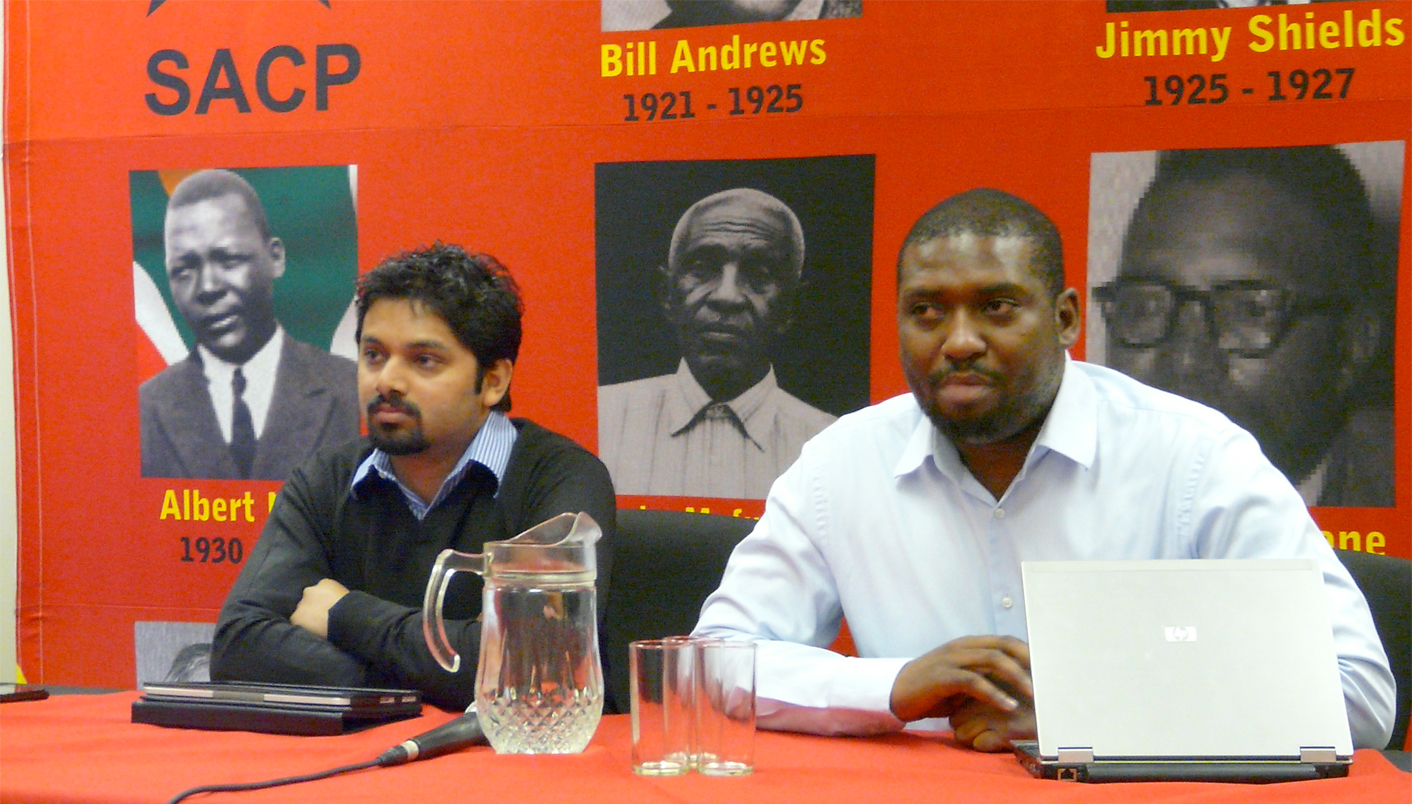 The Young Communist League has welcomed the defacing of The Spear and promised to march to the Goodman Gallery on Thursday anyway, even though the painting may well have been removed by the time they get there.

The YCL press conference on Tuesday morning was delayed by half an hour as the leaders hastily changed the prepared press statement. Shortly before the conference was due to begin, where the league was expected to announce plans to march to the Goodman Gallery to “tear down” The Spear, a painting by Brett Murray that depicted President Jacob Zuma with his genitals exposed, two men entered the gallery and defaced the controversial painting, as eNews Channel cameras were rolling.

Nonetheless, the league made its statement. It will still march on the gallery on Thursday, but will have to consult with its alliance partners whether the march should still begin at the Constitutional Hill.

“The national committee [of the YCL] noted the disgusting painting of President Zuma by Brett Murray that is currently in(sic) display at the Goodman Art Gallery,” national secretary Buti Manamela said. “We must reiterate our support for freedom of speech and expression as enshrined in the Constitution of the Republic. This is the freedoms(sic) that our people, including President Jacob Zuma, fought for and sacrificed a significant part of their lives under the ugly system of apartheid.

“However, these freedoms come with the responsibility to respect the dignity of all individuals irrespective of their positions in society. To disguise hate speech, sadism, callousness and insensitivity to a family man in the form of art is equal to defeating the rights accorded to these individuals.

“In any democracy, everyone has the right to express their opposition to the person holding office of the president, but this right cannot be pushed beyond the limits of respect to(sic)the collective majority of society who elected the person into office,” he said.

The YCL says the painting not only insults Zuma as a person, it insults the African National Congress, which he leads, and the state of which he is head. The league also called on City Press to remove a photo it published on its website, or face a boycott of its paper.

Manamela said though the YCL did not have anything to do with the two men who vandalised the painting, he was definitely not going to condemn the act. “In fact, these two men should be given the Order of Mendi for Bravery,” he said.

The YCL could contemplate some sort of assistance in the possible trial of the two men, who have been arrested by Rosebank police.

Commenting on how such a statement may be seen as support of vandalism, Manamela said, “It is Brett Murray and the gallery who have vandalised and violated the dignity of the president.”

“I don’t understand why there must be an iota of tolerance towards an insult to the country.”

The idea that certain positions of authority demand inviolable respect is a strong one within the YCL. To illustrate the point, YCL national chairman Yershen Pillay said even though there was no love lost between his organisation and Democratic Alliance leader Helen Zille, it would be wrong to depict her in the way Zuma was because she was Premier of Western Cape.

“Helen is no hero of ours,” Pillay said. “But she holds the office of the Premier of Western Cape, and it demands respect. Such art erodes that respect.”

It was put to Manamela and Pillay that a picture of a naked Helen Zille was circulating on Facebook and Twitter. The league’s national secretary said that depicting a naked Zille was the wrong response as it presumed that Murray had racist intent with The Spear.

“We do not see this as a racist painting,” Manamela said. “We see this as the work of a sadistic person. He does not represent the views of the majority of white South Africans. We should resist attempts to turn this into a race issue.” DM