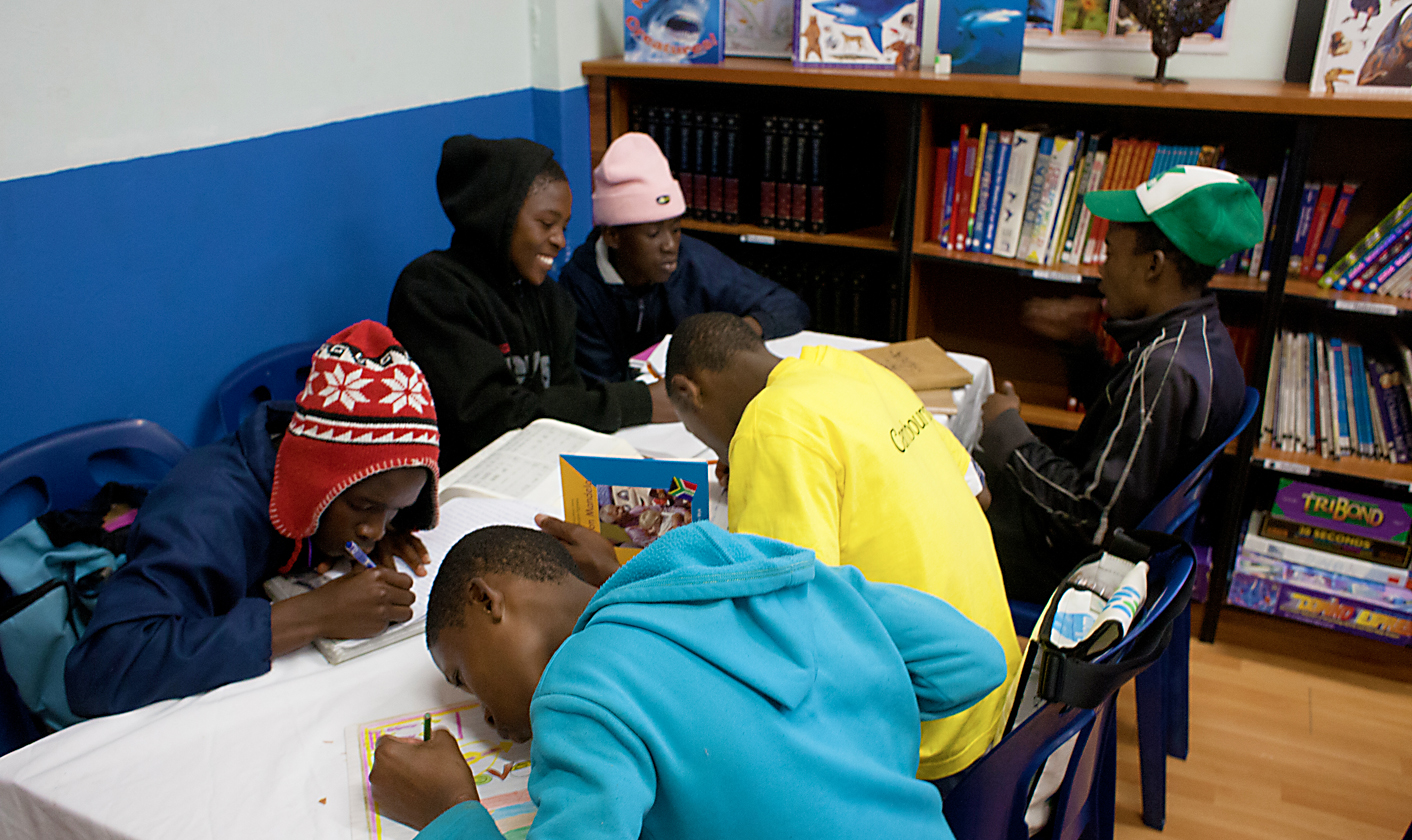 A “new” UNICEF document details the plight of children in South Africa’s unequal society. The statistics are a sobering reminder of the challenges ahead and the need to address them each and every day.

The plight of South Africa’s children will be highlighted next week when Child Protection Week begins. Started by the department of social development in 1998, the week builds on the idea that it takes a village to raise a child and encourages every citizen to provide a safe and secure environment for our children.

Fifteen of South Africa’s most vulnerable children do their homework in the library at the Twilight Children shelter in Hillbrow, Johannesburg. Most of the boys come from the streets and have been referred to the shelter by the department of social development, the police and community members. Some have only one parent, others have none. Some have been affected by HIV/Aids, all of them have to live in an area beset by drugs.

The boys live only a gate away from the streets where they were homeless. They’re helping each other with their homework. Some take questions to the assistant teacher. Studying English, maths and science can be hard for them, says Ivor Matshilicell, the operations manager at Twilight. It’s the first time many of them have been to school.

The conditions SA’s children face were detailed by The Times on Monday in a series of articles exploring a United Nations Children’s Fund (Unicef) document. The damning statistics are publicly available and come from a 2011 report.

“The homes of 1.4 million children rely on streams for drinking water, 1.5 million children live in houses with no flushing toilets and 1.7 million live in shacks,” writes Graeme Hosken, author of the Times pieces.

Of South Africa’s 19 million children, 11.5 million live in poverty. They’re three times less likely to finish school and 17 times more likely to experience hunger than the wealthiest children. Two-thirds of child deaths are preventable and four of every 10 children live in households where no one has a job. For the poorest, seven in 10 children live in households without employment.

Thierre Delvigne-Jean, communications manager at Unicef, was keen to point out there have been successes in improving the health, education and survival of SA’s children. “South Africa is considered one of the leaders in giving support to vulnerable children,” he said.

“It’s whether you look at it as a glass half empty or half full.” He cited successes such as the child support grant, achieving near full enrolment in schools, the rollout of preventing mother-to-child transmission of HIV/Aids initiatives and the improvement of early childhood development learning.

Cornelius Monama, spokesman for the department of women, children and people with disabilities, said government is driven by its commitment in the Constitution and international treaties to child rights and welfare. It has programmes to address nutritional needs, access to education and ARVs, and offers more opportunities to young girls.

“However, vast inequalities and disparities in terms of access to opportunities and services continue to confront the poorest children. The reality is that children from poor households are less likely to have access to basic services such as health services, education, adequate nutrition, sanitation and water,” said Monama.

Government is reviewing the national plan of action for children, which hasn’t been updated since its release in 1997.

One way we can start helping children reach their full potential is by focusing on early childhood development, says Delvigne-Jean. The ANC recently highlighted the idea in its policy discussion document on social transformation.

“Evidence has shown that the 1,000 days between a woman’s pregnancy and her child’s third birthday offers a unique window of opportunity to shape healthier and more prosperous futures,” it reads.

But Delvigne-Jean says the issues are extremely complex and are integrated with a range of other problems.

Democratic Alliance shadow minister of women, children and people with disabilities Helen Lamoela agrees, says the department is failing to address a backlog of problems from before 2009, when its responsibilities fell under the president.

“The minister calls herself a champion of women, children and people with disabilities. But if she is… she needs to come in front of the committee and outline her plans,” says Lamoela over the phone.

“But how do we operate without correct information?” The department oversees the actions of others, says Lamoela, but the minister has failed to pressure stakeholders to provide information to measure performance.

“Legislation cannot be implemented because of a lack of political will and the staff to implement it… If we are really serious about these issues, why can’t we address them immediately?” Exasperated, Lamoela says, “I don’t know how we’ll get out of it. We have great, great problems.”

Matshilicell thinks all South Africans need to work to improve the lives of our children rather than leave the responsibility to government. But speaking to boys who have stayed at the shelter, even it has a problem keeping the kids there when the school term starts.

Child protection week hopes to bring many of these issues to the fore next week. But Lamoela says it’s not enough to just raise the problems during the week or the 16 days of activism. “Each and every day should be a day for our children. They are the future.”

Another piece of SA’s future, the National Development Plan Vision 2030, offers a frank assessment of the problems children face. It makes eight key policy proposals, including setting a minimum standard of living, reforming social security, expanding welfare services and auditing the current system set up to care for kids.

But improving the lives of South Africa’s most vulnerable requires holistic co-ordination that can only be achieved with political will from the top. At stake is the country’s future, including its economy, social cohesion and transformation. But ANC leaders are more concerned with amassing covert support for leadership battles and overt support for publicity battles (for example, the Zuma painting).

SA will continue to chip away slowly improving the lives of children. But if the situation is to drastically change, we need to condemn the continued state of squalor forced upon them and all work, from leadership to the average citizen, together.

Until then, the statistics will continue to be recycled, the 2015 date for the Millenium Development Goals will pass and we’ll creep to 2030 in shame. DM