Drogba to leave Chelsea at the end of June 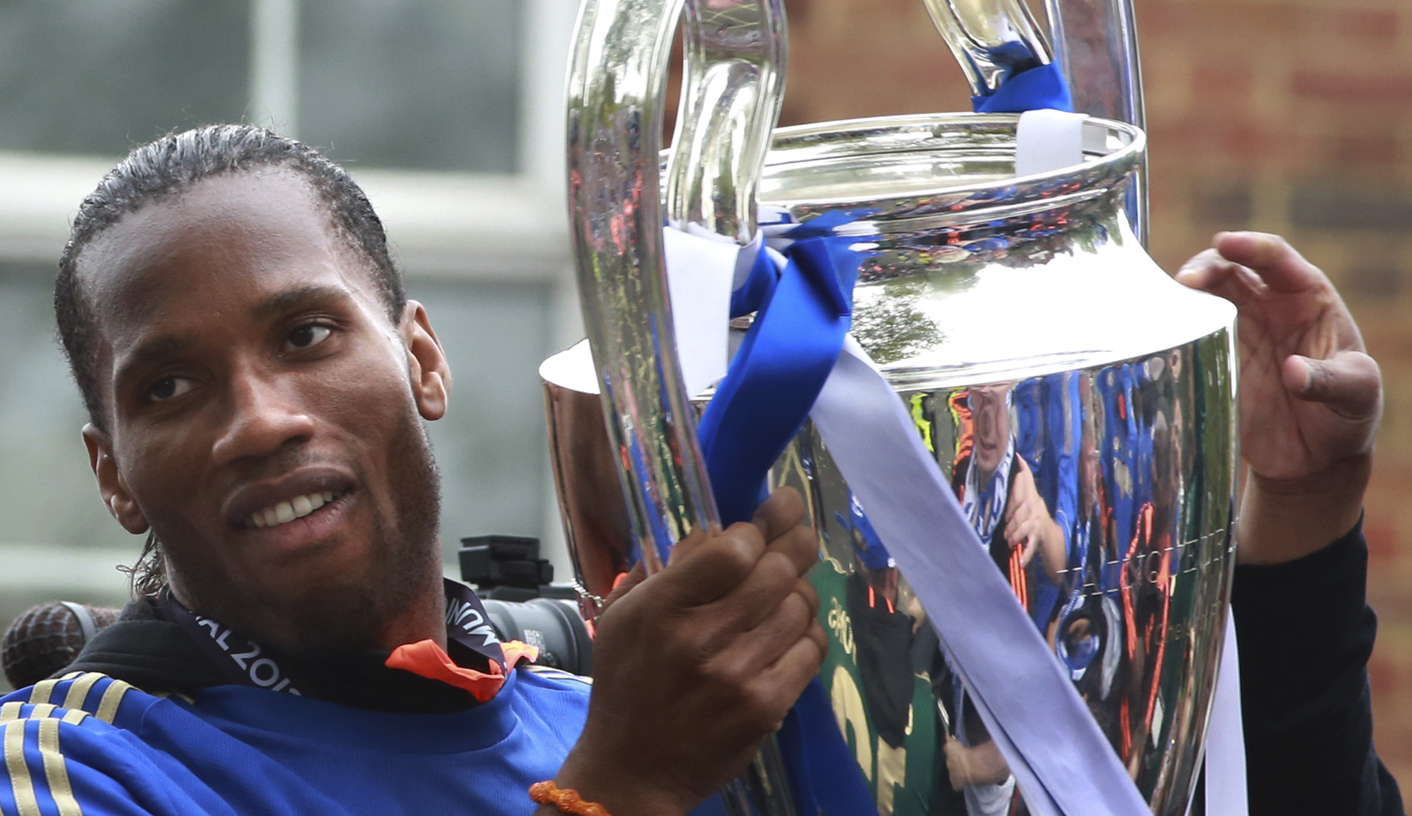 Didier Drogba brought down the curtain on a trophy-laden career at Chelsea on Tuesday when he announced he would be leaving the club after eight years in West London. By Toby Davis

The Ivory Coast striker will leave when his contract expires at the end of June and is now odds-on to follow his former team mate Nicolas Anelka to China.

He leaves the club on a high after a starring role in Saturday’s Champions League final when he scored an emphatic late headed equaliser before coolly slotting home the decisive penalty in the shootout.

“I wanted to put an end to all the speculation and confirm that I am leaving Chelsea,” Drogba said on the club website (www.chelseafc.com).

“It has been a very difficult decision for me to make and I am very proud of what we have achieved but the time is right for a new challenge for me.”

Drogba, 34, joined Chelsea from Olympique Marseille in 2004. His menacing physicality was ideally suited to the fast-paced hubbub of the Premier League.

He found goals easy to get, scoring 157 times in 341 appearances, making him the club’s fourth all-time leading scorer, while his 34 European goals are a Chelsea record.

He won the Premier League Golden Boot twice, most recently in 2010, but his Chelsea career appeared to be coming to an end when the club signed Fernando Torres for a British record fee of 50 million pounds ($79.01 million) in January 2011.

The Ivorian striker frequently found himself sidelined to accommodate a below-par Torres who struggled to make an impact following his big-money move.

The departure of Villas-Boas, however, led to a renaissance for Chelsea’s ‘old guard’ who helped to propel the club to a golden finale in which Drogba featured prominently.

On top of his Champions League heroics, he also scored in the FA Cup final as Chelsea beat Liverpool at Wembley.

“Didier is undoubtedly a Chelsea legend and will always be part of the Chelsea family,” Chelsea chief executive Ron Gourlay said.

“He is certainly leaving on a high after Saturday night but he feels the time is right for a new challenge.

“We have known for some time that this outcome was likely but Didier and the club only made a final decision on that in the last couple of days, because for obvious reasons neither Didier nor the club wanted to distract focus away from the Champions League final.

“The talks were amicable all the way through and we wish him all the best for the future. He is welcome back to Stamford Bridge at any time – either as a player or as a guest of ours.”

Drogba has been linked with a move to Chinese club Shanghai Shenhua where he would join up with former Chelsea team mate Anelka who left Stamford Bridge in January. DM