TedxMogadishu and its spiritual predecessor, Elman the Electrician 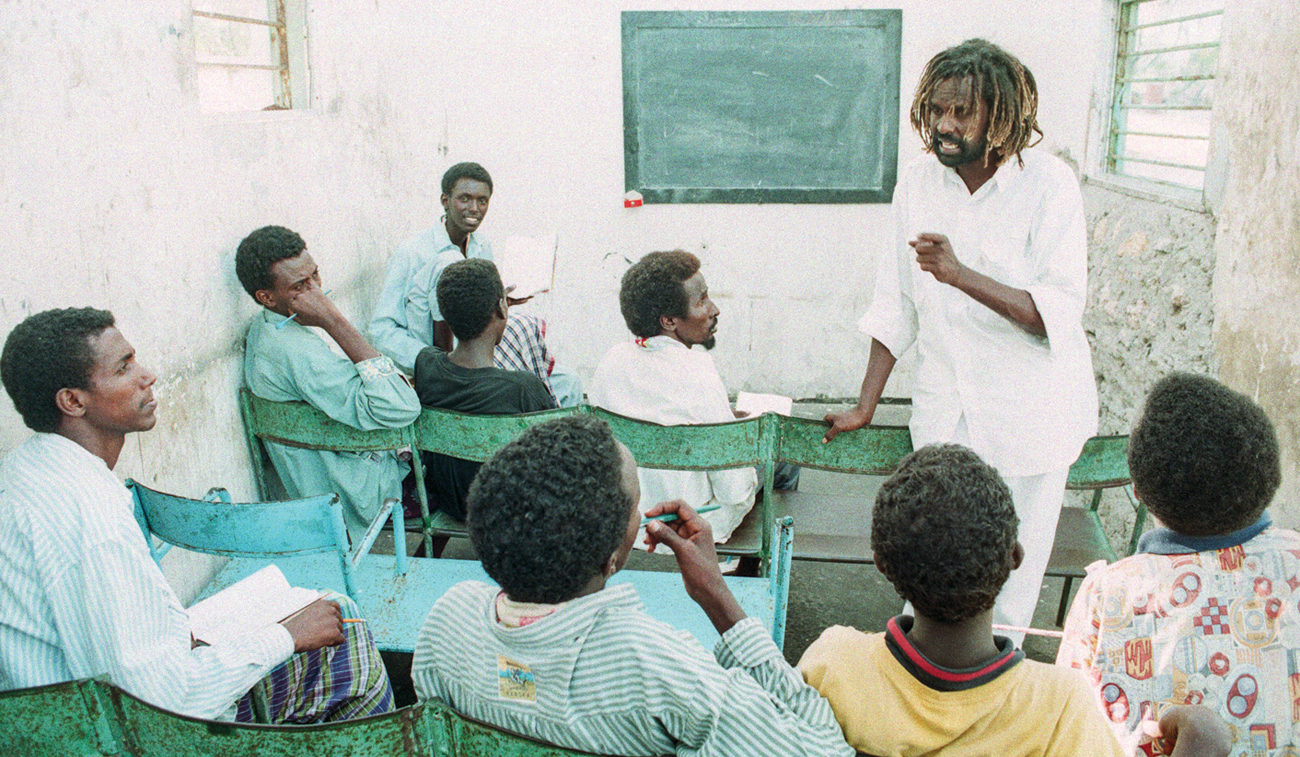 Many of the tweets joked about camel milk and the possibility of, perhaps next year, camel cheese, Insha’Allah. Others spoke of the “rebirth of hope”, while one participant tweeted “TedxMogadishu event was not a success by itself. Poorly organised, no sound system, didn’t follow the ted rules...” Wait a bit, did that tweet say TedxMogadishu? As in Somalia, Mogadishu? On the same day that news reports told of five Somalis killed in bomb attacks in the capital, tweets and video emanated from a secret location in Mogadishu, known only to the participants?

TEDx is an offshoot of the Technology, Entertainment and Design Talks concept, albeit one that the participants themselves have to organise. There have been TEDx events in Hanoi, Baghdad, and now Somalia. No wonder the TED folk want to maintain a little distance – TED usually boasts speakers like Richard Dawkins and Al Gore on “ideas worth spreading”.

Instead, a few intrepid Somalis trying to rebuild their once-lovely city on the shores of the Indian Ocean got together to do a little morale boosting of their own. Video streaming showed the hundred-odd participants chanting “I love Mogadishu, I LOVE Mogadishu!”

The secret location turned out to be the premises of Somalia’s first commercial bank to operate after 21 years of war, famine, farce and complete misery for the majority of Somalis. The founder of the bank, Liban Egal, had returned from America to take advantage of relative peace in the wake of the expulsion of Islamic fundamentalist group Al-Shabaab by forces loyal to the Somali government. (Actually, they were expelled by African Union muscle in the form of Ethiopian, Ugandan, Kenyan and Burundian troops.) Photo: In a bombed out building, Elman Ali Ahmed – Elman the Electrician – taught former militiamen and child soldiers a better way to earn a living that looting. (Photo: Greg Marinovich)

Other entrepreneurs, like property developers and camel traders, were also part of this rather extraordinary meeting, where ideas about innovation, freedom to reach your potential, tapping into technology to improve lives, are discussed. Yet Somalia is more about survival, in its most basic sense, where the ability to feed one’s family is a success story.

The conference was meant to give a boost to the recent stability by encouraging investment in the city, and eventually the rest of the country. This is not as far-fetched as the more cynical might think – Turkish Airlines now flies regularly to Mogadishu, and Somalis from the diaspora are keen to investigate business opportunities back home.

One of the more low-key co-organisers is a group called the Elman Peace and Human Rights Centre. Run by a mother and daughter team, Fartun Abdisalaan Adan and daughter Elle, they deal primarily with women and girls. Most pressing is the ubiquitous custom of genital mutilation and the armed militias’ proclivity of either taking girls as young as 12 as “wives” or of gang-raping them. Those that refuse are buried in sand up to their necks and stoned to death as “adulteresses”, all decreed in a misogynistic, twisted interpretation of the holy Quran.

The culture of genital mutilation is steeped in the nomadic ethos of the Somalis and, if the removal of a young girl’s clitoris is widespread across many parts of Africa, the custom of sewing up a wife’s vagina while the husband is away and his savage penile re-opening of it on his return is a more local torture.

When I heard of the TEDxMogadishu event on the radio and heard the name Elman mentioned, memories of a rare and wonderful individual in the Somali capital were kindled. I did a search and soon found the Facebook page of the Elman Peace and Human Rights Centre and sent a message asking if by any chance they were related to Elman the Electrician from Mog in the Nineties. Within minutes, Elle replied and confirmed that she was indeed Elman’s daughter. I was amazed: Elman Ali Ahmed had been of the few people whose spirit and humanity still burnt bright after years of terrible civil war and famine.

While on assignment in Mog in 1994, I had spent a day with Elman, reporting on his newly launched technical training centre for militiamen and child soldiers who wanted to hand in their weapons. In a bombed out former school, Elman set up a vocational centre teaching everything from literacy and numeracy to welding and – his specialities – electrics and electronics. But his pupils were not your run-of-the-mill kids.

Elman had started the school after his chain of electronic shops were looted and destroyed during the civil war by young militiamen loyal to the warring clans. In reply to why he had done it, one of the young looters said: “A hungry man is an angry man.”

The reiteration of Bob Marley’s famous lyrics struck a chord with the dreadlocked Elman, as did the fact that many of these boys were orphaned. (Elman himself had been an abandoned child and was brought up in an Italian orphanage). From there he had travelled the world and found a spiritual resonance in Jamaica’s Rastafarianism.

He said he would help these young men build themselves a future. In 1994, he told AP reporter Michael Phillips: “I believe in one thing. I’m Somali. Before we ask outsiders for help, we have to help each other.”

Elman’s classrooms had no roofs and salvaged chairs and desks were the order of the day. He was one of those irrepressible types you meet now and then, the kind of person whose energy and intelligence seem to predestine them for great things.

He was an avowed peacenik and told any gunman he met: “Put down the gun, pick up the pen.” After spending a few hours watching Elman put that ethos to work with war-hardened men and children, he took me for a ride through his city; his Mog in a skeletal, topless Fiat. Everywhere we went, people greeted him warmly. Kids at a market ran out to touch his arm as he motored through, a one-armed former child soldier sitting on the boot. Photo: Elman and a former child soldier driving through the streets of Mogadishu, January 1994. Elman was assassinated in 1996. (Photo: Greg Marinovich)

Elman half joked that he could be president one day. Perhaps he would have, certainly he would have been a lot better than the blight of clannish leaders the country has been cursed with, since the dictatorship of Siad Barre. But fate had a different destiny in mind for Elman. Two years after that cheerful ride through the Afro-Italianate capital, Elman the Electrician was gunned down. There were a lot of people who did not want their young gunmen being offered an alternative to looting and pillaging.

Sixteen years after his death, his daughter Elle, by email, says: “There has always been a lot of speculation of who was behind the assassination but who actually did it, remains a mystery, until this day.”

And the warlords still rule much of the country through fear and terror, even as the AU force seems to have pushed Al-Shabaab out of the city.

I promised Elle to look through my negatives and find the images I took of her father from 1994, when the UN backed forces seemed to give a sense of promise that life could be normal again.

Even before Elman was killed, Somali clan fighters brought down and killed US special forces in 48 hours of war that pitched the best-trained soldiers on earth against men wearing skirts and flip-flops (see the movie Black Hawk Down). The result was that America and the other UN nations rapidly lost their appetite to assist the Somali nation. The clan militias took over again, and people like Elman did not stand a chance.

After his murder, his wife and three daughters fled to Canada, but Fartun and Elle returned in 2007 to carry on his work, trying to wean child soldiers off war and protect victims of gender violence in a country rated the fifth-worst place in the world to be a woman.

I think Elman would have approved of the sense of hope and naive optimism that pervaded Mog on 17 May 2012. DM