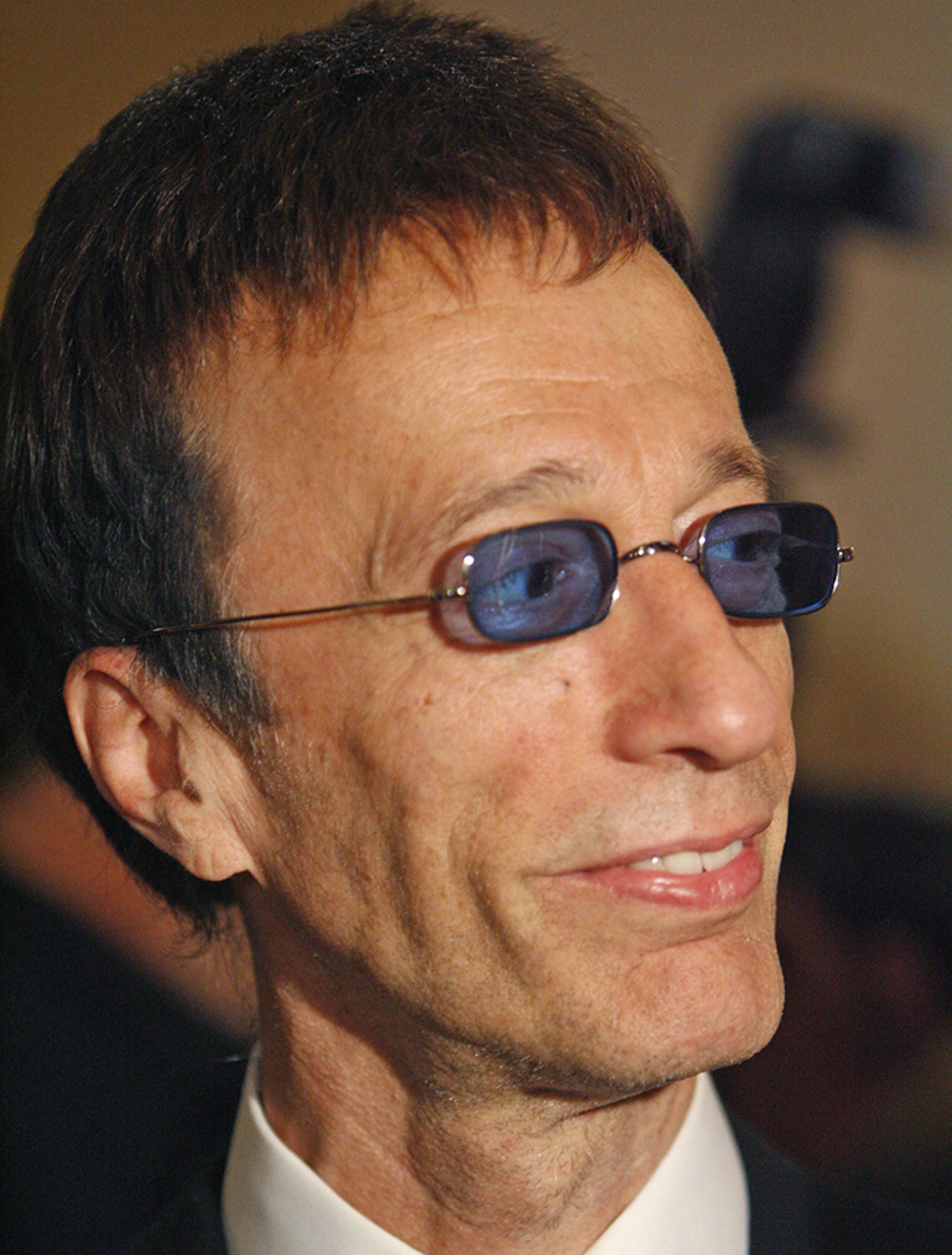 Monday 21 May 2012 We're celebrating the launch of the new-look Daily Maverick website at Seattle Coffee Co, Hyde Park, JHB on Monday 21 May, at 10:00. And because we can, we're buying the first 100 readers who come and join us a cup of coffee. For those who can't make it, we'll be live-tweeting Q&A with the entire team about the new site and anything that blows your hair back. #DMnewclothes

The disco era lost another of its most significant voices on Sunday: founding member of the Bee Gees, Robin Gibb, died on Sunday evening at the age of 62, according to a statement on his official website. He had battled colon and liver cancer, and leaves behind brother Barry Gibb as the band’s last surviving member.
LA Times, MTV

Hong Kong’s South China Morning Post reported on Monday that the former police chief of Chongqing, Wang Lijun, a close ally of the city’s rather aspirant former leader Bo Xilai, will be tried for treason. The SCMP said the government wanted both cases against Bo and Wang concluded before the party congress later this year, where new leaders will be picked. Bo was in the running for a seat on the nine-member Politburo’s Standing Committee (in a nutshell, the people who run the country), but undid his route there by allegedly tapping the phones of senior Chinese leaders, including President Hu Jintao.
Reuters, The New York Times

Officials from Hamas and Fatah said on Sunday they agreed to new talks to set up a unity Palestinian government to deal with their major issues and prepare for elections. Previous attempts at unity were supposed to result in an election on 4 May, which, you may have noticed, didn’t happen. Of all the differences, the most prominent is a refusal by Hamas for Israel’s right to exist, whereas Fatah has supported previous interim peace treaties. The new meetings are scheduled for 27 May.
AFP, Jerusalem Post

Mexican authorities apprehended a member of the massive Zetas drug cartel allegedly responsible for the mass murder which resulted in the discovery of 49 decapitated and dismembered corpses last week. Daniel Elizondo, also known as “The Madman” is being held in the northern province of Monterrey, according to a spokesman for the army, not far from where the bodies were dumped. Due to no recent mass disappearances, it is speculated the victims were migrants heading through Mexico for the US border – according to Reuters many foreign nationals are imprisoned by drug cartels for ransom.
BBC, Al Jazeera

Napoli capped off a decent season with the Coppa Italia, their first trophy in 22 years, after a 2-0 win against Serie A champions Juventus. The tears from Juventus fans, however, weren’t solely at the cup loss. This was stalwart Alessandro del Piero’s last match for Juve after 19 years in a black-and-white jersey. Del Piero played 705 games and scored 289 goals for club and country, and won 19 trophies including the World Cup. Since Juve announced they would not be offering him a new contract, Del Piero has been linked with Arsenal, Queens Park Rangers and LA Galaxy.
AP, Goal.com

The ANC will brief the media from 10:00 about its weekend national executive committee meeting.

A new round of nuclear talks between Iran and the five United Nations Security Council permanent members and their guest, Germany, take place in Austria from Monday. Captain of the UN’s nuclear watchdog, the International Atomic Energy Agency, Yukiya Amano, believes progress achieved in the previous rounds (cough sanctions cough) will create fertile grounds for further progress. Iran maintains its nuclear programme has nothing to do with cultivating weapons.

The department of energy will announce its preferred bidders for the second phase of the renewable energy independent power producers procurement programme (filed under things you can’t say after 22:00 on a Friday). In other energy news, Democratic Alliance leader Helen Zille will open the Southern African Solar Energy Conference in Stellenbosch at 09:00.

Analysis: DA, risking little to win big
The Democratic Alliance’s march on Cosatu House has by many been seen as a turning point for SA politics. Supporters from both sides were injured and the DA has laid criminal charges. Why did it go through with the march despite the risks? It was a win-win, says GREG NICOLSON.

Intelligence Wars, now featuring Sunday Times
A story published by the Sunday Times in October last year may have been planted by friends of beleaguered crime intelligence chief Richard Mdluli. The paper has denied that the journalists who wrote the story took money to write the story. By SIPHO HLONGWANE.

Breakfast: Almost R800. Jacob Zuma speaking to the nation: priceless
Richard Mdluli, the violent clashes between Cosatu and the Democratic Alliance, the proposed youth wage subsidy and a possible second term for Jacob Zuma all came up during a business breakfast meeting with the president in Bloemfontein. Pity, then, that these issues were not interrogated and most of South Africa missed it. By RANJENI MUNUSAMY.

Zimbabwe’s army puts the ‘general’ back in general elections
Just in case you were in any doubt about where the Zimbabwean army’s loyalties lie, last week’s declaration of unflinching support for Zanu-PF should reassure you – and Robert Mugabe – that the top brass have his back. By SIMON ALLISON.

DA: The march was just the beginning
In the wake of Tuesday’s march to Cosatu House, the issue of violence against DA marchers seemed to overshadow any other concerns. But by Thursday it was back to business as normal for the DA as they announced their intention to push harder than ever for the youth wage subsidy. By REBECCA DAVIS.

Gauteng’s Highway to Hell, revisited
After three weeks of absorbing body blows, the government has revealed it plans to appeal the landmark e-tolling court judgment. ALEX ELISEEV wonders who will end up holding their gloved fist raised.

Soweto’s stage of change
Soweto’s first professional theatre staged its opening show on Wednesday night, providing a tribute to a local icon and a gateway to engaging narrative. The night got a standing ovation, perhaps the first of many. By GREG NICOLSON.

What The Wire can teach us about entrepreneurship
The relationship between crime and entrepreneurship in South Africa is hardly what you’d call a match made in heaven. Rather, the gruesome twosome of crime and unemployment are hampering the growth of new businesses in the country. But does it mean entrepreneurship is doomed? Perhaps not – if we’re willing to think differently. MARELISE VAN DER MERWE investigates.

Reporter’s notebook: Decoding the Democratic Alliance
Cutting through the fog of political posturing is tough, but it’s what we have to do to report fairly and accurately. I also do it because when I’m not reporting, I am an ordinary citizen trying his best to make informed decisions. In the youth wage subsidy dispute, I might have found a way to understand the DA better. By OSIAME MOLEFE.

Sport: Onside/Offside
In a new weekly feature, we take a look at who had it bad and who had it good in this week’s sports news. By ANT SIMS.

US: Ebony 50.4%, Ivory 49.6%
An announcement from American demographers and statisticians working for the US Census Bureau – that white births are now outnumbered by all minority group births – may well come to have some profound consequences for the texture of American society in years to come. By J BROOKS SPECTOR.

Bayern bottle it in Munich
The 2012 Champions League treated those with the stamina to survive an 80-minute snooze fest to a delightfully tense climax. Match report by ANT SIMS.

Rebecca Hodes: How FW de Klerk has cleansed his political legacy
Seldom has an interview with a Nobel Peace laureate provoked as much hostility and outrage as the one FW de Klerk gave CNN’s Christiane Amanpour. Given what many have interpreted as an exercise in “apartheid apologetics” the reactions are not surprising.

Alex Eliseev: Unchain my art
While the case of the art world versus the presidential penis rumbles on, it’s perhaps time for Jacob Zuma to confront an uncomfortable truth: sometimes, you get the respect you deserve.

Xhanti Payi: Extending the fruits of democracy
“Can a truly democratic movement break the stranglehold of corrupt elites and powerful anti-democratic institutional forces that have come to characterize not just the politics of Greece, but most Western democracies, including the US?” Arianna Huffington asked in her 28 June 2011 blog. It may be too early to put Huffington’s entire question to the South African context, but its substance, and given the trajectory of our politics of governance, we sure find familiar.