Analysis: The Spear, The Prophet, "Them" and "Us"

Analysis: The Spear, The Prophet, “Them” and “Us” 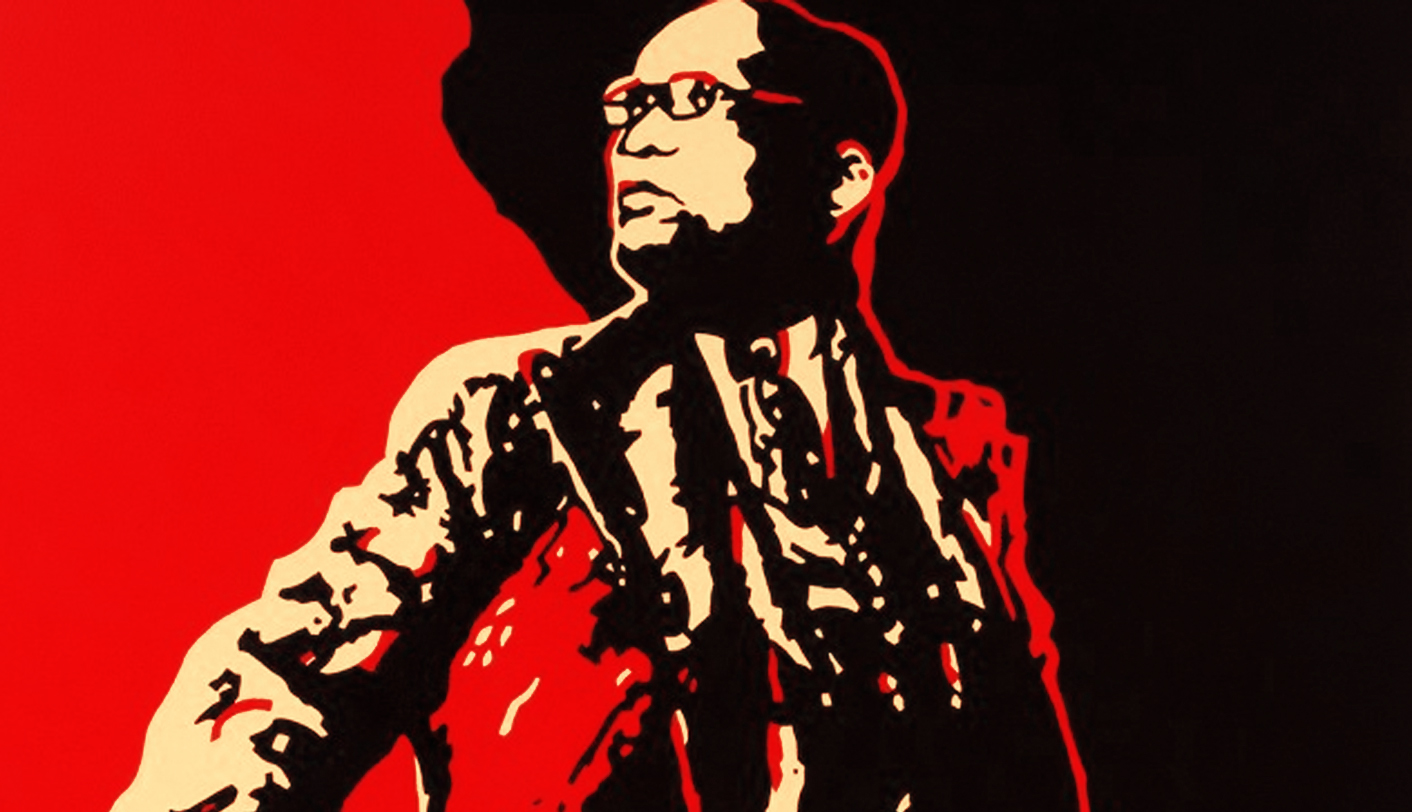 It was bound to cause a storm. The image of President Jacob Zuma in a Soviet-style stance, his genitalia exposed. What it really showed was exactly how divided we still are, which means we still don’t have a clue who we are.

“Those poor ignorant darkies, they just don’t get it, do they? Of course we must publish the image of Jacob Zuma, genitals exposed, because it’s all about the sacred notion of free speech, enshrined in glorious Western tradition and culture, right?”

It’s a crude paraphrase of the wave of reaction that has swept South Africa’s media over the past few days. It bemoans a similar howl of protest from the ANC, the Zuma family and many of his supporters, which can also be paraphrased:

“Aaaarggh! The ghastly white imperialist invaders have overstepped the mark once again, obsessed as they are with black people’s genitalia, shattering the dignity of one of our African elders and the leader of our glorious African country. Free speech is one thing, but this goes too far!”

Both positions – viewpoints – are right, but to say that is to miss the point. In fact, it’s because both are correct that we are missing each other.

If your background is Western, which we can very loosely translate as white, then, yes, freedom of speech is likely part of your core being. “I may not like what you say, but I will die defending your right to say it,” is the old line.

And if your background is African, which we can equally loosely translate as black, it is probable that part of your core being will contain respect for your elders and respect for office – like that of the presidency.

Core values do not admit of debate, so we stand on either side of the barricades shouting hysterically at each other. The clamour is futile because neither side wants to hear what the other has to say.

Recast the debate, then, in a couple of different ways.

In February 2006, a court granted the Council of Muslim Theologians an interdict against the re-publication by the Sunday Times of the so-called Muhammed Cartoons. The court held, in essence, that the cartoons were deeply offensive to a portion – not all – of South Africa’s population and could trigger violence.

In what way is this Zuma image different? Is the anger of that segment of Muslim South Africa which was outraged by the cartoons somehow different – more wrathful? – than those black South Africans who have been offended by the Zuma image? It seems unlikely.

Take the analogy to a more extreme place. Imagine the outcry if some deranged group of neo-Nazis started publishing cartoons or images denying the Holocaust, and showing – for the sake of argument – one of the revered founders of the state of Israel, Golda Meir, with her genitals exposed, or perhaps with a swastika superimposed, or some other vile and tortured construction? Community reaction in its broadest sense would be instant and justified. How would this be different from the Zuma image?

No, it will not do to argue it case by case, saying that Zuma is a politician with a corruption cloud over his head and five wives who deserves what comes his way, and that the Prophet and the late Mrs Meir are different. There are plenty of people whose views on either of the last two are far more extreme and vitriolic than anything you’ve even contemplated about the Zuma image. In these waters, opinions really can be a matter of life and death.

Once a society has placed a limit on free speech – and ours is one that has – it then becomes a question of where that mark sits at any given historical moment. The Prophet cartoons were deemed unacceptable, as would be my hypothetical neo-Nazi example. We shall see in due course where a court places it in respect of the Zuma image. None of us has the right to cry “Fire!” in a crowded theatre.

An altogether different approach is needed, then.

South Africa is a society that remains deeply divided, perhaps more so now than at any time since 1994. I am reminded of a trip to Zimbabwe in 1997, during which I spoke to many people, black and white, in several different parts of that troubled land. On return, I wrote a newspaper column warning that it was a country heading for severe trouble: the attitudes of the people interviewed were radical, unforgiving, and cast along clear racial lines.

Phrases I recall were about “them” and “us” – if “they” didn’t start fixing things and stop corruption, the country would go to the dogs and if “they” didn’t start embracing transformation and closing the wealth gap, and realising that “we” had done “them” a favour at Lancaster House, there would be trouble. That kind of thing.

Unsurprisingly, there was great trouble three years later. In South Africa today, I hear the same phrases again and again, with an increasing number of commentators expressing similar concerns about our country’s direction. The phraseology used in the current Zuma image debate is less crude than the words I heard in Zimbabwe 15 years ago, but the subtext is identical: “THEM” and “US”.

“They” don’t understand freedom of speech or African cultural values, “they” are obsessed with controlling what people think or fixated on African genitalia. “We” are always right.

If this observation is correct, then a simple question follows: why hand your enemy a club with which to beat you?

So why do “we” release something like the Zuma image? “Their” reaction and the outcome is entirely predictable, as it was in Zimbabwe. Is that outcome “we” – any of the multitude of “we’s” in this country – want? Just like the DA’s march on Cosatu: an absolutely predictable outcome with equally certain reactions from “us” and “them”.

Of course, the same observation must be applied not only to the image, but also the ANC reaction. “We” are going to court to have this dreadful image destroyed and banned, “we” are outraged, etc. Turn to this weekend’s Sunday Times and look for the image of Canada’s Prime Minister, Stephen Harper, reclining nude on a lounger with a small dog at his feet. Says his spokesman, via Twitter and quoted by the Sunday Times, “We’re not impressed. Everyone knows the PM is a cat person.”

A skilful deflection, a smile, a little wit. No howls of outrage, no club for the enemy. Crisis – if there ever was one – defused and the storm remains in a very small tea-cup. What would have happened, for example, if Jackson Mthembu had Tweeted something similar:

End of story. The fire in the crowded theatre quickly extinguished and the audience left laughing. Wouldn’t that have been a far better outcome for all of “us”, whoever “we” are? DM