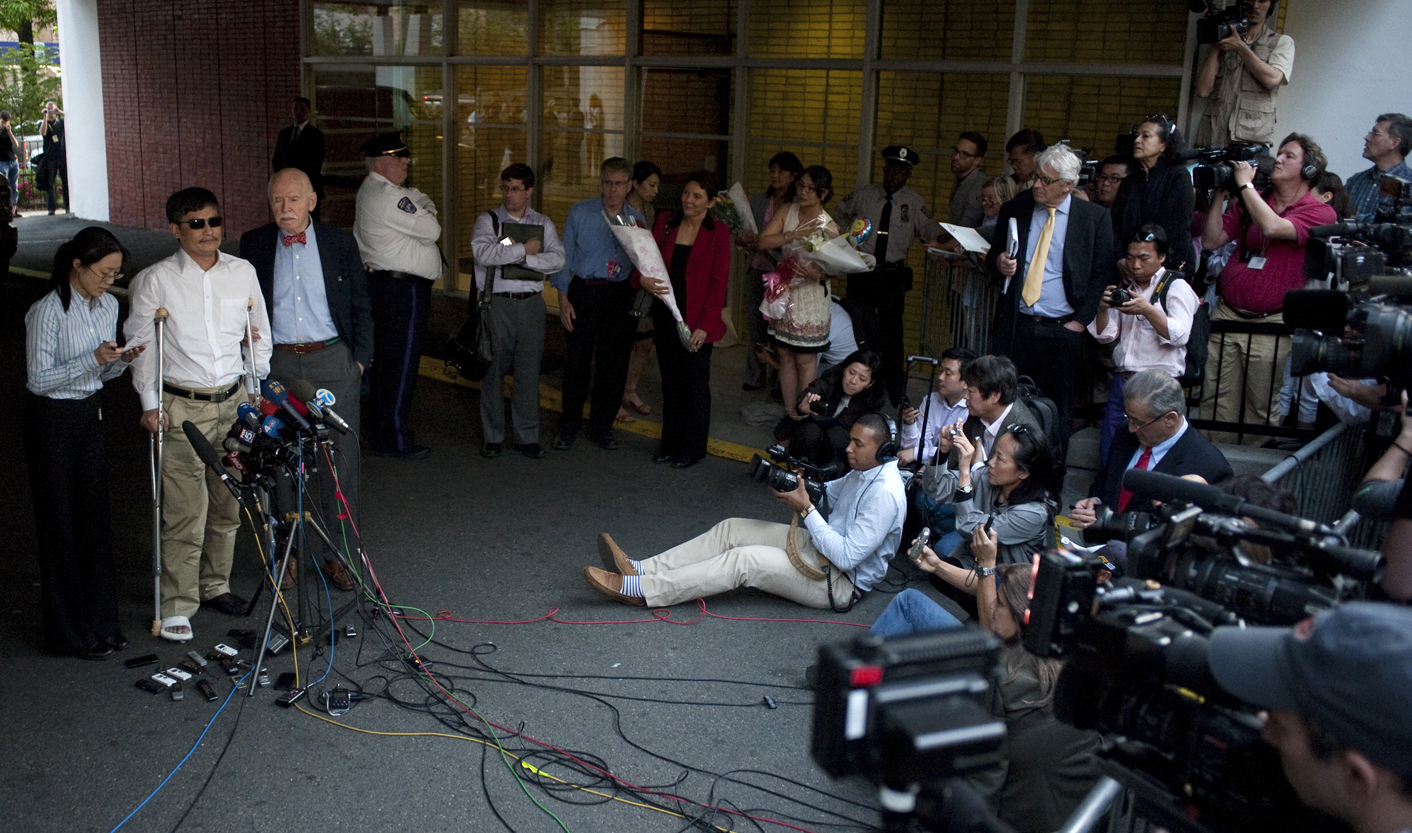 China and the US reached two agreements about the fate of blind dissident lawyer Chen Guangcheng in less than 48 hours - a feat unthinkable in the era of consensus politics in China. Hu Jintao has created a leaner power structure, with individuals able to make quick decisions - maybe his greatest legacy. By FRANCESCO SISCI

The case of the blind dissident lawyer Chen Guangcheng, has one salient feature: Washington and Beijing reached two agreements about his fate in less than 48 hours. It is difficult for the Chinese leadership, constrained by the bonds of decision by consensus, to make fast decisions, but it does happen. During the Sichuan earthquake in 2008 within hours after the disaster, Prime Minister Wen Jiabao was dispatched to the affected areas.

But to reach a decision (in this case, sending Chen to study to Tianjin) and then only hours later revoke it and come up with a creative idea (not exile to America, but a study programme in the US) would have been impossible within the old consensus politics.

Consensus among the top leadership was initiated by Deng Xiaoping, who wanted to avoid the concentration of power China experienced with Mao Zedong and that made Mao’s mistakes possible. Consensus also enables the top leadership to minimise dissent at the highest echelons, since everybody is called on to agree with the majority view.

The case of Chen and the rapid succession of complicated decisions taken, leads one to conjecture that the old consensus policy is changing. On the American side, Chen’s case was basically decided by a small group of people centred on ambassador Gary Locke, secretary of state Hillary Clinton and President Barack Obama.

A similar structure was possibly at work on the Chinese side, with some chief negotiators discussing matters directly with state councillor Dai Bingguo, Clinton’s counterpart, and with President Hu Jintao.

Then Hu must have received a brief, a mandate from the politburo, granting him power to make decisions on some urgent matters of state security without formal meetings. The fact that the Chinese press didn’t move to attack the Americans afterward further confirms the “power of attorney” granted to Hu.

It is impossible to think Hu has absolute power as Mao. The dispersal of power to the periphery has been going on for 35 years, and it is very hard to reverse. But what we may be witnessing is the beginning of some kind of mandate and division of power. On some decisions, the periphery can rule, on others the politburo has to agree, but in some cases, the president has ultimate authority.

It is not democracy, but it seems to resemble the division of power within the Catholic Church. Priests and bishops can decide local matters, for some long-term issues, the pope may want to get the agreement of the cardinals or the bishops, but for some pressing problems, the pope will intervene directly.

Chen’s agreement might not have been ideal, and there was and could still be a backlash from some local or even central authorities. Chen’s case points to a circumstance that both sides didn’t want to disrupt strategic talks.

What we can conclude from this is that Hu has new clout. We can only guess, because of the timeframe, that the case of Bo Xilai had something to do with Hu’s new status. It seems, thanks to the clean-up following Bo’s case, Hu was able to muster unprecedented powers that his predecessors did not have. With these powers, Hu can start political reforms and pave the way for reunification with Taiwan, a feat that escaped even the mighty Mao.

However, political reforms are bitterly opposed by mid-ranking officials who clearly see that greater transparency and division of power will expose them to local public opinion and transfer some of their sway to the centre. The mid-ranking officials are the ones who stand to lose the most from political reform, as they will be under the combined pressure of the people from below and leaders from above.

It is not clear how strongly Hu will pursue political reforms, but he has incentive to do so. He may want to leave a deep historical mark for his presidency and political reforms improve the chances of reunification with Taiwan and peaceful development for China – two clear missions.

Moreover, in this situation, a concentration and division of power will be a legacy for his successor  who will have more levers to apply his policies without being obstructed at every step by a crowd with petty vested interests.  DM