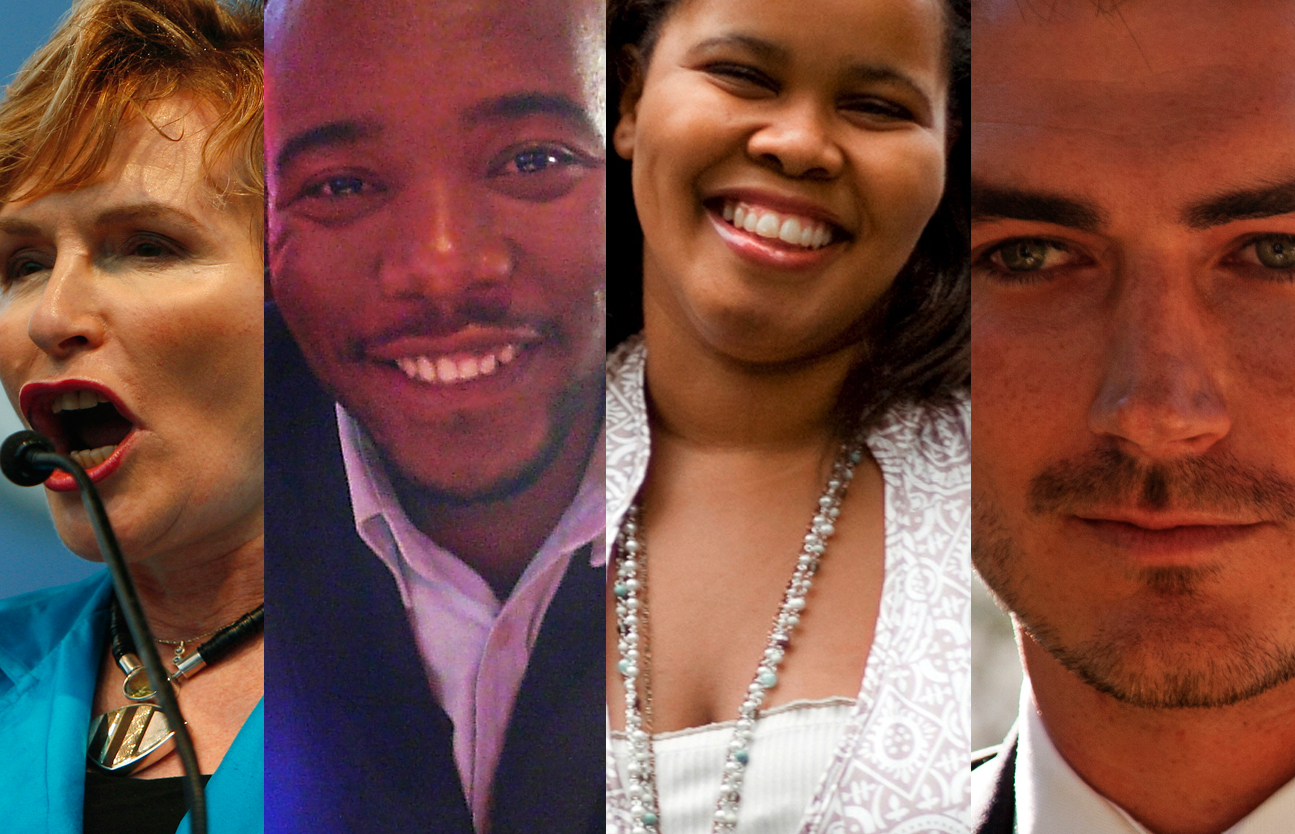 Cutting through the fog of political posturing is tough, but it’s what we have to do to report fairly and accurately. I also do it because when I’m not reporting, I am an ordinary citizen trying his best to make informed decisions. In the youth wage subsidy dispute, I might have found a way to understand the DA better. By OSIAME MOLEFE.

“I am not a libertarian,” Tim Harris, DA shadow minister of finance protests as he takes me to task for saying that his alternative budget was firmly rooted in Keynesian “rising tide” economics.

Litres of real and digital ink have been spilled about why black people and the poor do not or should not trust the DA. As the reasoning goes, the party has only the interests of business and rich whites at heart. The more radical arguments, coming mostly from the ANC and its partners, are that the party is racist, sexist and anti-transformation. Going by Raenette Taljaard’s account of her time in there, there may have been a point when the latter held true.

But presently, I am not sure. Before me are five senior representatives of the party, including Harris. Two are female and three are black. Between them, I’ve heard at least five of South Africa’s 11 official languages.

Transformation is much more than getting the numbers and clicks right, but this is not your mother’s DA.

Harris – along with party leader Helen Zille, parliamentary leader Lindiwe Mazibuko, national spokesman Mmusi Maimane and youth leader Makashule Gana – are launching the party’s campaign to pressure the government into implementing the youth wage subsidy. Depending on whom you believe, the DA is either punting the policy because it believes it’s a solution to South Africa’s youth unemployment problem or they’re trying to side-step constitutionally protected labour rights for the benefit of “white monopoly capital”.

Another suggestion is that it’s an attempt to exploit the innumerable differences of ideologies in the broad church that is the ANC-led tripartite alliance. When I put the question to her months back, Mazibuko denied this.

“There is no wedge to drive because it (Cosatu) has already thrown itself (out) into the cold and the ANC’s policies contradict (each other) with no help from us. For me, it’s much more important to achieve what we need, even if it means having to cross party lines to understand who is on the same page as we are and what that can mean in terms of lobbying power,” she said.

For a few years now the DA has had on the table the “open opportunity society” as an alternative to ANC policy, but it’s been hard to discern from the policy documents what this means in the overall scheme of things.

The debate over the youth unemployment and the mooted youth wage subsidy provides an ideal aperture into understanding many of the DA’s positions. The problem is complex, drawing questions about the party’s position on labour rights, the role of business in society and whether it plays clean in the game of politics.

I corner Harris after the press conference.

By last count, I say, corporate deposits are sitting at R520.5-billion. This is money that could be invested in new products, services and businesses. It could make a huge dent in unemployment, but these companies are waiting to be incentivised before getting involved. Businesses are accountable to their shareholders, but are they not also accountable to the society in which they operate? Is the DA going to march to the JSE to pressure corporate SA into navigating the uncertainty and adverse conditions in such a way that they fulfil their obligation to society while providing returns to their shareholders?

“Businesses want to see a return on their money that outweighs the risk,” Harris says. Surprisingly assured for someone so young, he is one of many young stars that has risen to the top in the party. While its chief rival, the ANC, is still deciding whether to debate a “generational mix“, the DA is living it.

“When you have government policy that is often unco-ordinated and contradictory, like you do under the Zuma administration, that shifts the risk assessment toward sitting on the money until you have more certainty on the investment situation,” he says.

“I don’t think business is under obligation to spend their money on anything except what they think they could get a return on. What this intervention (the youth wage subsidy) does, however, is simply make it cheaper for them to hire more workers than to buy more machines.”

In short, the DA will not be marching to the JSE. Instead, they will continue to lobby government on labour policy and eradicating the uncertainty caused by contradictory policy positions.

Fellow DA-er and Western Cape MEC of economic development and tourism Alan Winde responded differently to a similar question. He said when he spoke to businesses in the province, he asked them if they’d put youth unemployment on their risk register and devised a plan to mitigate the risk. For Winde, youth unemployment, at the kinds of levels we have in South Africa, threatens directly the financial sustainability of businesses.

Winde’s department runs the Work and Skills for 100,000 programme, which has seen over 2,000 18 to 34-year-olds who’d never worked before employed by a partner company for six to 12 months. Some of them have gone on to become part of the permanent workforce, while the rest have left with skills that made them employable elsewhere.

The number could be significantly more if the DA had a bigger budget, Winde said, but the programme is making a real difference with the approximately R9-million a year it has. His excitement about its effects on young people’s lives is infectious.

This is not a contradiction, Zille and Harris tell me. If the DA were in national government and had control of the SA Revenue Service, they would implement the programme, similar to that proposed by the treasury, nationally.

Mild-mannered Harris maintains that the net effect is the same. Both plans reduce the cost of hiring new young workers.

“Currently, that cost is too high, especially for small businesses,” he says.

“These labour laws have been implemented without consideration of the cost of compliance for small businesses, and the balance needs to shift. I’m not suggesting a totally regulation-free labour market. I’m suggesting we rebalance the labour laws, especially with regards to small businesses, to lower the cost of compliance without removing the fundamental protections for workers.”

I remain unconvinced. Business should be expected to do more.But I do take his point on small businesses.

Of late, the party’s younger leaders (and many of the older ones) have steered the DA away from being the party of choice for the verkrampte. This reached a crescendo in what I thought was a revolutionary remark from Mazibuko: “Reconciliation is meaningless without its attendant process: redress.”

With my citizen’s hat on, I’m not sure how tenable the deadlock in political thinking is in this country, considering the magnitude of issues we face. Even my reporter side – despite revelling in the complexity and drama of the power plays – wishes to see ideas cross partisan lines to make real differences in people’s lives.

After all, most of the parties say they want the same thing: a South Africa founded in values such as human dignity and equality. By all means disagree on how we get there, just as long as we get there

In late July or early August, the party will release the details of its plan to grow the economy by 8%. I tell Harris that I’m looking forward to reading how the plan tackles redress, inequality, poverty and unemployment.

I really am. DM