Zimbabwe’s army puts the ‘general’ back in general elections 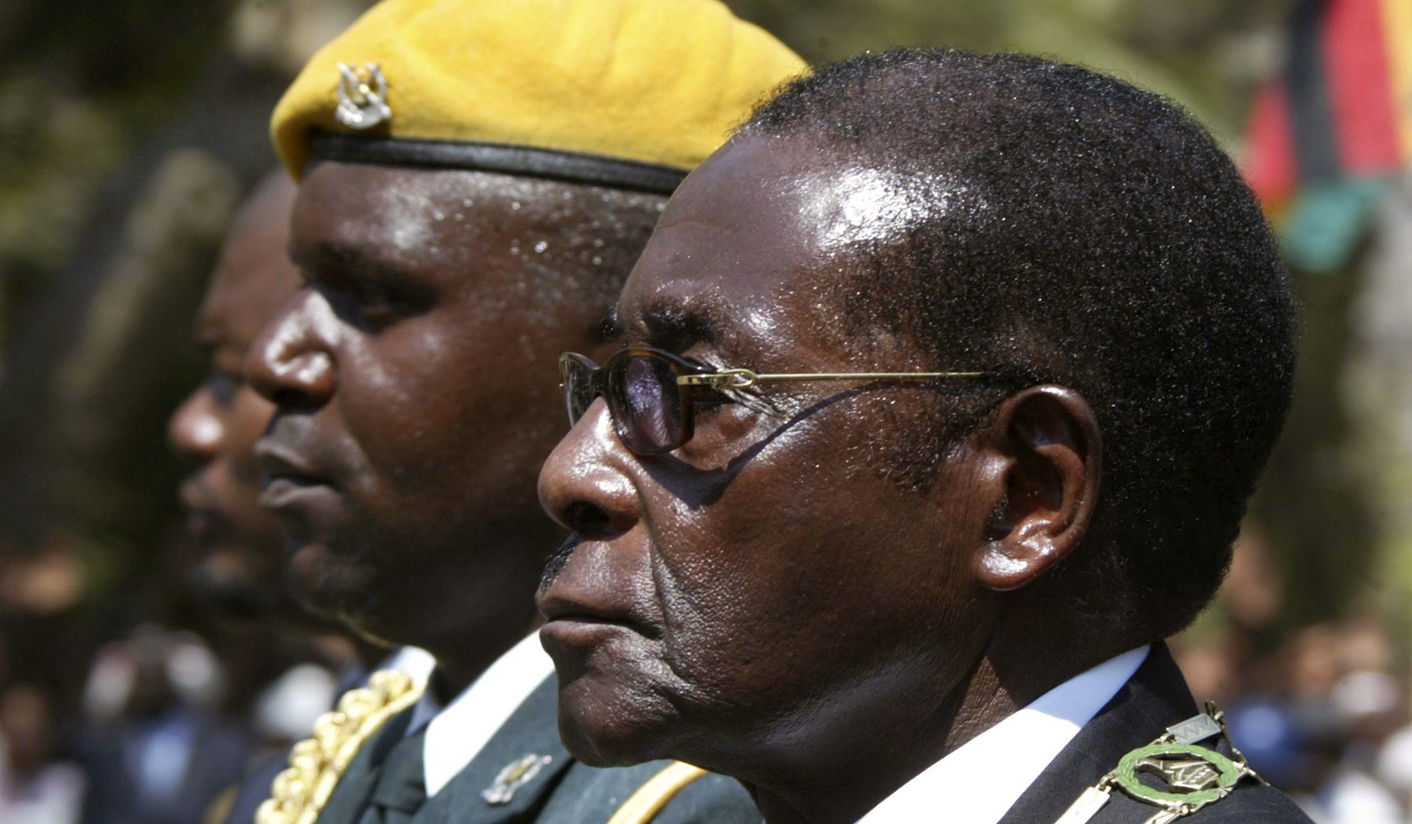 Just in case you were in any doubt about where the Zimbabwean army’s loyalties lie, last week’s declaration of unflinching support for Zanu-PF should reassure you – and Robert Mugabe – that the top brass have his back.

Zimbawean senator Morgan Femai believes attractive women spread HIV. If women were less attractive, he reasons, there would be less sex and, therefore, less HIV. “What I propose is that the government should come up with a law that compels women to have their heads clean shaven like what the apostolic sects do,” he recently told a parliamentary HIV awareness workshop. “They should also not bathe because that is what has caused all these problems.” Dirty women, it seems, have a lot to answer for.

Not to be outdone in the outrageous policy department, his colleague Ignatius Chombo, the Zanu-PF minister of local government, called for homosexuals to be evicted from their homes. “Those who support same sex marriages must be banished from the communities and dispossessed of their land,” he said. “What kind of madness is this that when we have beautiful women in our country some people want to marry other men?” Enjoy the beautiful women while you can, Chombo; soon they’ll all be bald and smelly. Policy coordination is not a Zanu-PF strongpoint.

Rather disturbingly, neither Femai’s women-blaming nor Chombo’s gay-hating is the most outrageous sentiment to emerge from Zimbabwe in the last couple of weeks. That dubious accolade belongs instead to a certain Major General Martin Chedondo, the army’s chief of staff, who instructed troops to respect their political allegiance – to the party, not the state. “As soldiers, we will never be apologetic for supporting Zanu-PF because it is the only political party that has national interests at heart,” he said. “A national defence force the world over is there to protect the national politics, national integrity, the executive and other systems that form part of the government. By virtue of this, defence forces automatically become a political animal.”

Take a second to ponder this extraordinary statement. Here you have one of the top men in Zimbabwe’s armed forces openly and without reservation pledging his support – and, by extension, the support of the men and weapons he controls – to a political party. Just imagine if the US Army were to choose sides in the presidential election. An army is a tool of the government, and in a functional democracy the people are supposed to choose the government.

We know, however, that Zimbabwe is no functional democracy, and the army’s political leanings have never been in doubt. But the general’s brazenness is in itself a cause for concern. With elections scheduled for sometime next year, it is worrying that top army figures feel confident enough in their power (and their ability to hold on to power) to abandon even the pretence of political neutrality.

Even more disturbing is the news that followed Chedondo’s statement. In an abrupt about-turn, the Zimbabwean Army scrapped plans to trim its fighting force from 55,000 troops to 40,000. Instead, it’s doing the opposite: dropping long-held educational requirements to allow the army to extend its latest recruitment drive.

The opposition Movement for Democratic Change’s Morgan Tsvangirai was quick to condemn the new policy: “It is not a genuine military recruitment exercise. It is a recruitment of militia, which will have the mandate to harass the people come election time,” said spokesman Douglas Mwonzora. “It is the beginning of the terror campaign. Otherwise there is no need of reducing the military standards for which Zimbabwe has been known for(sic).”

The concern is that this new recruitment drive is merely a prelude to a repeat of 2008’s election violence. Specifically an attempt to recreate the infamous “Green Bombers” who were accused of doing so much of the dirty work. The Green Bombers was the nickname for members of the National Youth Service which was implicated in acts of intimidation and torture in the name of Robert Mugabe and Zanu-PF. They were disbanded as part of the power-sharing agreement in 2009, depriving Zanu-PF of a potentially decisive militia force. But who needs a militia when you have an army?

The other important question is precisely which part of Zanu-PF enjoys military support. The party is no longer the unified entity it once was and is riven into various factions competing for power once Mugabe is gone. The moderate faction, led by vice-president Joice Mujuru, lost its main link to the army when her husband, General Solomon Mujuru, died in a mysterious fire at his home. Since then, the hard-liners led by defence minister Emmerson Mnangagwa have established close links to both the army and the police. It is likely that were the army to intervene politically, it would be in favour of Mnangagwa rather than Mujuru.

But all is not lost for the opposition. Some reports suggest there is a disconnect between the top brass blowing the trumpet for Zanu-PF and the men and women in the ranks, some of whom can see the need for political change. This could explain the new recruitment drive – the generals are trying to flood the ranks with loyal cadres and pre-empt a potential mutiny.

This is speculation. All we really know is one way or the other Zimbabwe’s armed forces will play a role both before and after elections, and their involvement will not be benign. DM Photo: Zimbabwe’s President Robert Mugabe (R) arrives for the opening of the county’s parliament in Harare, August 26, 2008. Mugabe opened the parliament in defiance of opposition Movement For Democratic Change objections and said there was “every expectation” of a power-sharing deal to end a post-election political crisis. REUTERS/Philimon Bulawayo.