What The Wire can teach us about entrepreneurship 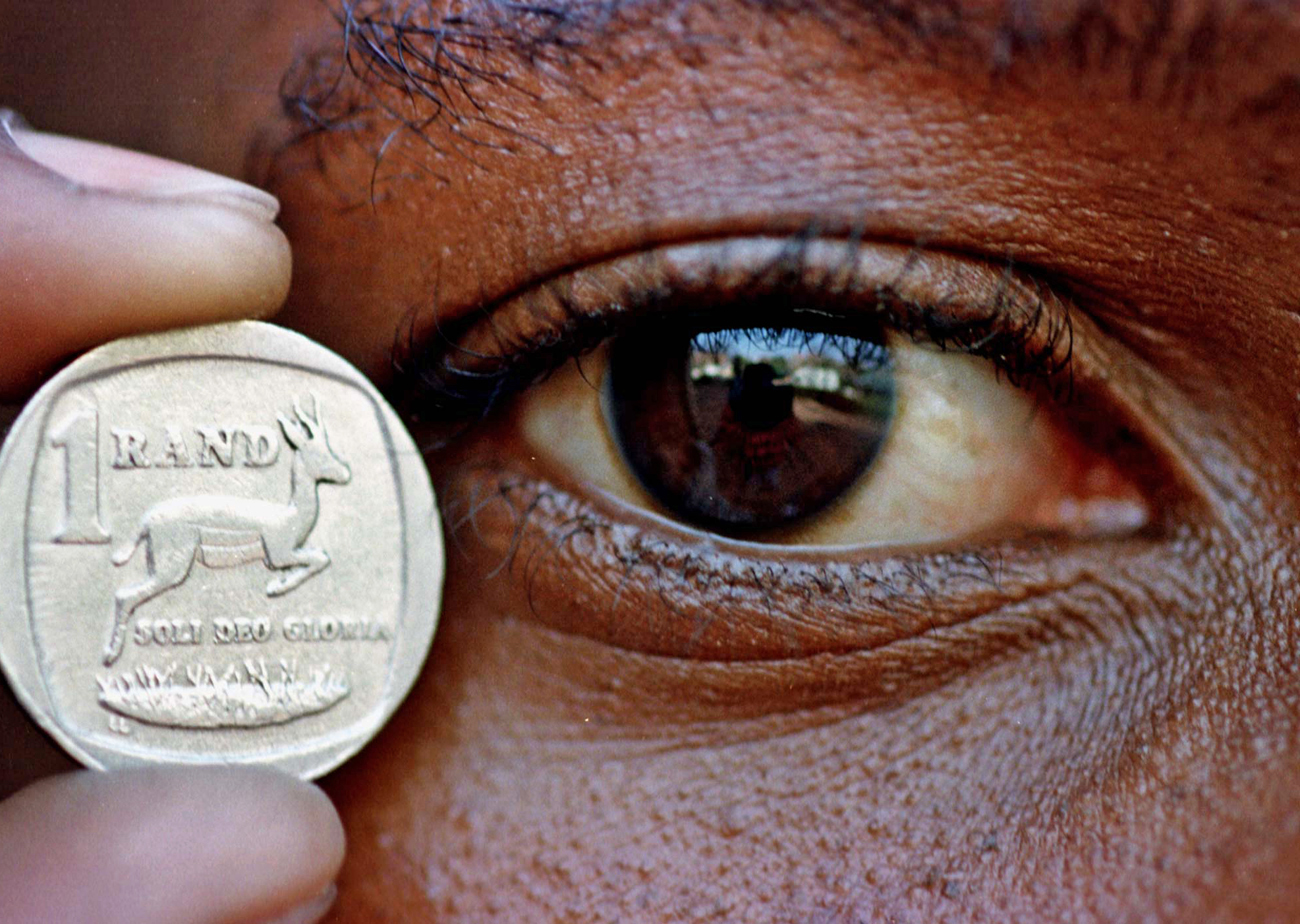 The relationship between crime and entrepreneurship in South Africa is hardly what you’d call a match made in heaven. Rather, the gruesome twosome of crime and unemployment are hampering the growth of new businesses in the country. But does it mean entrepreneurship is doomed? Perhaps not – if we’re willing to think differently. MARELISE VAN DER MERWE investigates.

Stringer Bell knew it: there’s not a hell of a lot of difference between running a legal business and an illegal one. Barring the incidence of kneecap-shooting, the principles are essentially the same.

So why, then, do high crime levels and successful entrepreneurship end up being mutually exclusive? In the latest Global Entrepreneurship Monitor (GEM) report, released this week, the greatest challenges to the growth of small businesses were, in no particular order, top-down corruption, high levels of crime, low standards of education and poor health.

Two out of four are crime, and the other two are arguably linked directly to crime. A vicious circle, really: corruption prevents the fair distribution of wealth. Lack of funds results in poor education. Poverty ensues. Hot on the heels of poverty comes crime. And once there’s crime in the mix, there’s little hope for entrepreneurship. Or is there?

The United States has come up with an interesting solution to the dilemma: pulling potential businesspeople out of the criminal talent pool. Scoff if you will, but the Prison Entrepreneurship Programme, which operates as a not-for-profit organisation in prisons across the US, has achieved a staggering rate of success in converting high-crime areas into founts of successful business. Founded in May 2004, it set itself the simple goal of transforming criminals who displayed passion, resourcefulness and the capacity to influence others into legitimate businesspeople who benefit their community.

The PEP founders dared to think differently. Like Google before them, who had the good sense to realise that hackers often made the smartest employees, they saw what seems obvious when you look at it: the qualities that make a successful career criminal are the same qualities that underpin success in general. Resourcefulness, for example. The ability to think on one’s feet. Intelligence. Strategy. Persuasiveness. A bullshit detector that can cut through cement. The ability to stay one step ahead. The trick, according to PEP, is not to change the fabric of the person, but to encourage ethical decision making and channel this resourcefulness into executive positions.

Almost half their graduates have gone on to sales and marketing management positions, and 98% of them are employed.

Hans Becker, formerly charged with assault, possession of cocaine and a DUI, for example, is now the owner of a landscaping business called Armadillo Tree & Shrub in Dallas, reports the National Crime Prevention Council. Despite being a year old, the business is bringing in $10,000 a month. Becker says if it hadn’t been for PEP’s entrepreneurial education programme, he would have spent his sentence “watching TV, playing dominoes, gambling – all that life is in a penitentiary.”

“These people transferred the same skills they learned on the streets into the business world,” writes NCPC’s Angela Sivak. “Ex-offenders rarely find employment after they get out of prison… and the problems that many released offenders face in finding employment and finding money may lead them back to a life of crime.”

Of the 650,000 Americans released from jail annually, two-thirds reoffend. Among PEP graduates, however, there is a 95% long-term rehabilitation rate.

It’s not an easy mind shift, though. In a study conducted by the Syracuse University across five US cities, the relationship between business and crime was investigated, and the results were not pretty. In areas where there was a significant threat of crime, they found it was difficult for a broad spectrum of small businesses to thrive. The reason? Some businesses are, by nature, more vulnerable to attacks by criminals, particularly violent criminals.

“Different sectors of the economy will sort into high and low-crime areas, depending on their relative sensitivity to crime,” the study says, noting that retail industries are especially sensitive to violent crime owing to their dependency on pedestrian shoppers. So crime makes it harder to create a healthy economy with a variety of competitive businesses, since big business – with big buildings and big security – is necessarily less vulnerable to criminal attack. Restaurants, for example, are particularly vulnerable, as are small retail outlets of all kinds.

Furthermore, crime tended to increase as the number of small businesses increased in a given area, which “could arise because violent crime is attracted to our target industries,” reads the study. So, while entrepreneurship programmes may be a long-term solution to unemployment and related crime, in the short term business owners face a very real danger of being exploited by criminals from the second they start up.

In surveys in South Africa and abroad, entrepreneurs have expressed fear of becoming targets of crime, particularly in areas where they are forced to depend on gang protection or are caught in the crossfire between rival gangs. South Africa is particularly threatened by this kind of system. In Cape Town and its surrounds alone, there are several thousand operating gangs, and often businesses have little choice but to co-operate with gang leaders if they want to survive.

Crime has had no small impact on our country’s business performance. The World Bank’s “Investment Climate Report: South Africa” has rated crime as one of the four main constraints on business operation and growth. Nearly a third of the enterprises surveyed said crime was a serious problem for them. The Grant Thornton International Business Report has cited crime as a major barrier to entrepreneurship in the country, stating that while expectations for growth were high, levels of optimism in South African private businesses were much lower – mostly as a result of non-business factors such as (you guessed it) crime.

What is to be done? In a country where – according to the Consumer Insight Agency – half of the youth (aged 15-24) cannot find work, regardless of their level of education, it appears entrepreneurship is the only viable solution for people to earn money legitimately. Given the staggering number of unemployed university graduates, too, it seems entrepreneurship education is the one area in which learning can conceivably make a difference to one’s money-making potential. And this applies whether said education is made available to prison inmates wanting to start again, or whether it’s made available to people who – through whatever disadvantage – have never managed to get started in the first place.

In developing our entrepreneurs, however, we have our work cut out for us. GEM, the largest research project of its kind in the world, notes there has been a sustained increase in South Africa’s business activity after the 2010 Soccer World Cup, but that we are only limping along. The total early-stage entrepreneurial activity rates remained fairly constant from 8,9% in 2010 to 9,1% in 2011. But, says the report, this is still a “matter of grave concern” as South Africa’s entrepreneurial rate is, again, far below the rate of comparable economies in the world. In fact, we’re second-last of the BRIC countries by about a mile, followed only by Russia. Nations who are doing it right include China and, notably, Brazil, whose rate has increased by 28% since 2006.

What are these countries doing right? According to lead GEM researcher Mike Herrington, the answer lies in well-managed government programmes and business reforms, media buy-in, closing the gender gap and ensuring extensive long-term monitoring of interventions. Lastly, he notes, China is run by “technocrats with business sense” – combining technological know-how with the knowledge of how to run a business. Based on research in other BRIC countries, the GEM analysts have made extensive policy recommendations for South Africa, mostly focused on education and training, government programmes, financial support, increasing entrepreneurial capacity and improving infrastructure – including educational structures.

All of which resonates with the principles of both the intervention in the US and the government strategies that are working in countries like Brazil and China. “We need to invest in our youth as a priority,” says Herrington, noting that we also need to “reduce red tape further” and provide “practical business support”.

The good news is that some businesses have stepped up. Educational programmes such as the Raymond Ackerman Academy, TSiBA and Bridge are functioning independently, while companies like Sasol are using their power as large businesses to provide support to small businesses.

Now, the National Planning Commission faces one of its biggest tasks. It will need to ensure that, on a government level, the plans translate into action – not only for young people starting out, but also for those who need a second chance. DM Photo: A child displays a South African rand coin next to her eye. REUTERS.

The Overton Window: Can the Basic Income Grant be won without a revival of the left?

Business of beauty: How the industry is adapting during the Covid-19 pandemic