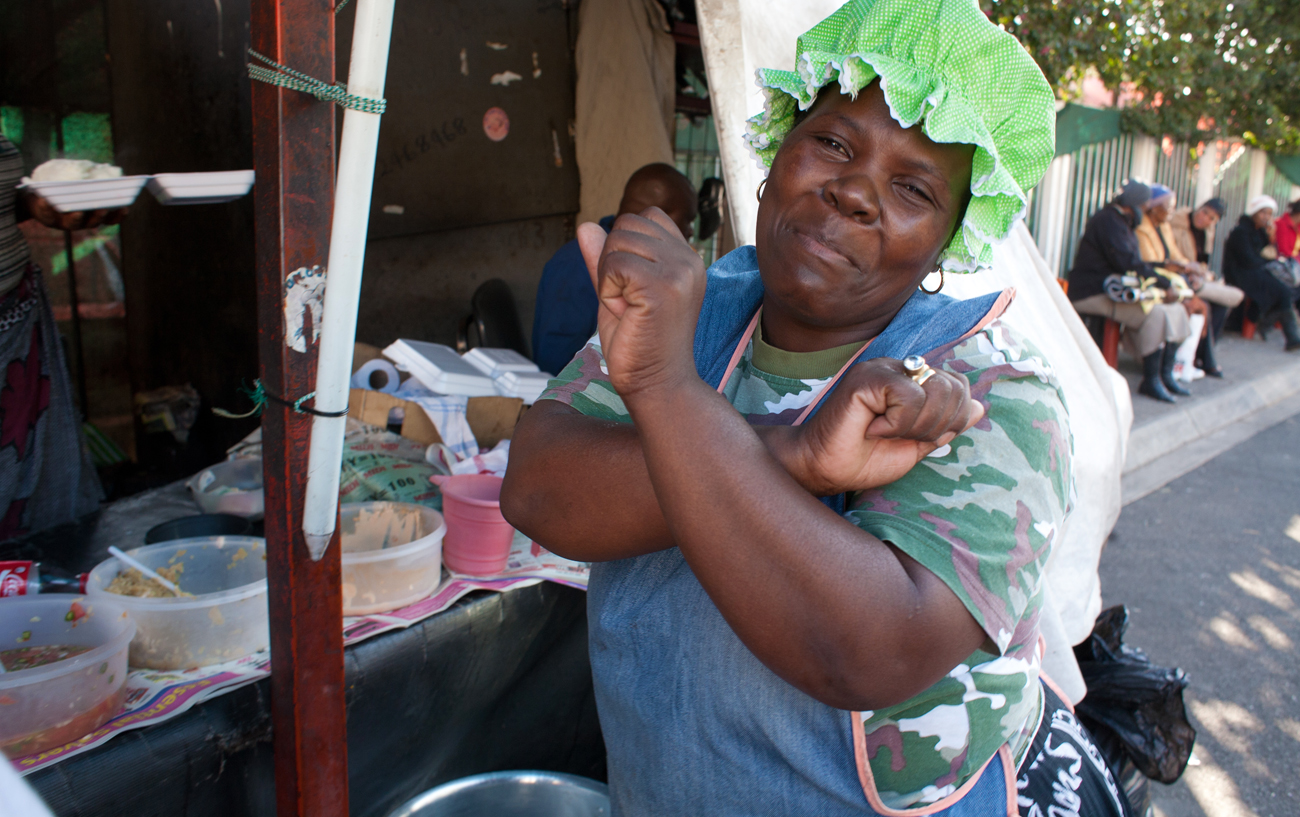 This Saturday, hearts will be aflutter as Orlando Pirates and Moroka Swallows battle for the Absa Premiership crown in KwaZulu-Natal. Pirates are playing away to Golden Arrows while Swallows fight it out against Maritzburg United. So far, it’s advantage, Pirates. But that means nothing when it comes to finals. KHADIJA PATEL and GREG NICHOLSON visited the Rosebank taxi rank to talk idiski.

Similarities between this week’s PSL-title decider and last week’s dramatic finish to the English Premier League have not gone unnoticed by PSL fans. Manchester United and Manchester City, however, both went into their final match of the season level on points.

Pirates, on the other hand, have the cushion of a two-point advantage over their Soweto rivals, Swallows. Pirates can afford to draw their match and still emerge victorious. It’s Swallows who cannot afford to drop points on Saturday.

“I think, personally, there’s a lot more pressure on Pirates,” Igesund is reported to have said on Tuesday. “Everybody expects Pirates to win the league. They’ve got the best team in the league. We’re just happy to be where we are, to be able to go out and maybe snatch it from them.”

Igesund has, of course, been around the block a few times and Pirates will know better than to be swayed by his psychological warfare. And though Pirates go into the match with the definite advantage, the memory of Manchester City’s antics last weekend will keep them honest.

Their supporters, however, are confident another PSL title is on its way to the Orlando Stadium. In the afternoon lull at the Rosebank taxi rank, minibuses line up, waiting patiently to rush their passengers back into the outlying districts of the city. The smell of fried food wafts through the air, an invitation to the hungry while men and women weave through the neat lines of minibuses

“I know they’ll win,” Nombuse, a die-hard Pirates fan tells us outside her food stall in Rosebank. She crosses her arms across her chest, “Pirates for life,” she tells us. “They are my favourite.”

If Pirates win on Saturday, they will successfully defend their PSL crown. But if their performance against Bloemfontein Celtic last weekend is anything to go by, Pirates fans ought to be nervous. Celtic earned an early lead, while Swallows stormed to a two-goal advantage over Platinum Stars.

For much of the penultimate round of the PSL season it seemed like the trophy was headed away from Orlando. But the Buccaneers somehow found a way to win in the last 20 minutes of the match.

If Swallows and Pirates invite comparisons with the Manchester clubs, the other Soweto giants, Kaizer Chiefs, have fared much like England’s reigning kings of mediocrity, Liverpool.

“Chiefs were so bad this season,” Wisa Sewape tells us. “[Team owner] Kaizer [Motaung] has to do something. He has to hire a local coach, someone who understands the game here.” If the Chiefs’ fans have a litany of complaints directed at the top brass of Naturena, Swallows’ success this season has offered a much-welcomed diversion from their own team’s woes.  Much like the burgeoning political team, “Anyone but Zuma”, they are unashamedly “Anyone but Pirates”. In the rivalry between Pirates and Chiefs there’s little doubt of the allegiances of the Amakhosi faithful on Saturday. They’ve stored their hope in Swallows and PSL wonder-coach Gordon Igesuend to rob their arch rivals of glory.

John Malapane, a Chiefs fan, is more circumspect of Swallows’ chances of earning their first PSL title. “Both of them, Pirates and Swallows, will win on Saturday. And then, Pirates will just win the trophy again,” he says with an air of resignation.

Matome Raonetha, another Chiefs fan, is adamant his support for Swallows has little to do with Chiefs’ poor season. “This is not about Chiefs. It’s Swallows who have been playing very well.” His prediction for Saturday: “Golden Arrows will beat Pirates and Swallows will beat Maritzburg. End of story.”

“And next season,” he warns with a wagging finger, “For Chiefs it’s ‘Operation Vat-Alles’ (Operation Take Everything).”

Another Chiefs fan, Steven Themane, believes Swallows are assured of victory thanks to the wizardry of Gordon Igeseund. “I trust Igesuend to do the job,” he said. “It’s just like Manchester City and Manchester United and you will see, it’s Swallows who will win it.”

Even those who profess no interest in the local game have picked their favourites. “Swallows will swallow Pirates,” one Chelsea fan tells us knowingly.

Far from the blues of West London, it’s Sowetan teams’ turn on Saturday to enthral fans with the drama and intrigue of the beautiful game. It’s a pity it’s not Soweto that will witness the last act of this season’s PSL.

Both Pirates and Swallows play away in KwaZulu-Natal on Saturday. Pirates face off against Golden Arrows at Durban’s Moses Mabhida stadium and the trophy will remain midway between Durban and Pietermaritzburg – until a Soweto club stakes its claim. DM Photo: Nombuse, a food vendor at the Rosebank taxi rank, has no qualms about stating her loyalties ahead of this weekend’s title decider. “Pirates for life!” she shouts. DAILY MAVERICK/Greg Nicolson.