Saudi Arabia and Bahrain – Towards an (un)holy matrimony 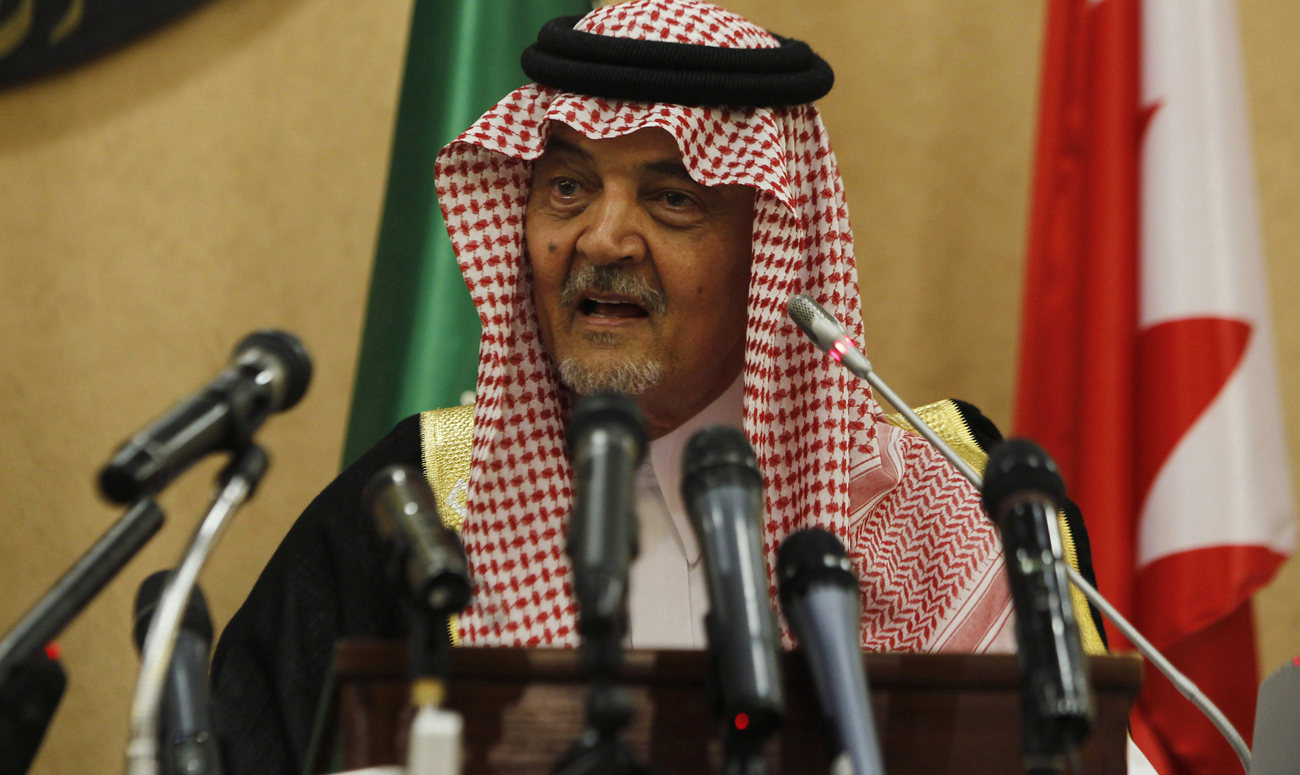 This week, leaders of the Persian Gulf gathered in Riyadh to discuss a Saudi-led initiative to create a union of gulf states, rumoured to be modelled on the European Union. Onlookers expected the announcement of an immediate union between Saudi Arabia and Bahrain. Instead, the meeting concluded with the Saudis conceding to the other members’ pleas for more time. By KHADIJA PATEL.

The Gulf Co-Operation Council summit held in Riyadh on Sunday finally ended on Monday with an undertaking from Gulf leaders to further study the plans for a tighter political union. The Saudis and Bahrainis have been excitedly calling for this union for some months now, but the other Gulf states have been less keen.

If the Saudis have their way, the proposed Gulf Union will not be another superfluous regional alliance with a catchy acronym. For one, the anticipation of an immediate union between Bahrain and Saudi is telling of a sentiment of self-preservation informing the way the Saudis conduct themselves politically these days.

Joining Saudi Arabia and Bahrain in the name of a regional union is aimed at preserving the status quo. It also assists in securing vital Saudi interests from grubby, foreign hands. It is a move designed to close ranks among the six gulf nations, insulating  them from regional turmoil and at the same time checking Iran’s ability to influence the internal politics of the Gulf – code for preventing another uprising á la Bahrain last year.

The decision on Monday to commit to further studying the proposal has flamed speculation that the GCC may never actually consent to the idea. The Saudis  have been left chastened, and they’ve spent the last two days clamouring to offer reasonable explanations. The failure of the council to assent to the immediate creation of the union is not, however, the end of the idea. If anything, it signals the start of a concerted effort towards its achievement.

Michael Stephens, a Researcher at the Royal United Services Institute in Qatar, is careful to correct the impression that the failure to announce the formation of the union derails the process entirely. “I wouldn’t say it’s been stalled,” he said.

The Saudis and Bahrainis certainly don’t appear outwardly discouraged by the commitment phobia exhibited by their Gulf peers. The Saudi foreign minister, Prince Saud al-Faisal, said after the meeting that he had distributed a draft plan for the union to its members’ foreign ministers to review so they could resolve any outstanding issues. He’s confident the draft plan will prove sufficiently advantageous to achieve the Gulf states’ consent for a more holy matrimony.

“I am hoping that the six countries will unite in the next meeting,” he said.

Significantly, Stephens notes that though the plans for the union were first floated in February, there remains great uncertainty about what exactly a Gulf Union is meant to achieve for member states. “It seems nobody quite understood what it would look like and what the ramifications would be for member states,” he says.

For his part, King Hamad bin Isa al-Khalifa of Bahrain said before the summit that the proposed union was a “response to changes and challenges that face us on international and regional fronts” and  in a statement released on Monday, the Bahraini monarch was still upbeat. “We are looking forward to the establishment of the Gulf Union,” he said.

For all the admirable optimism offered by the Saudis and Bahrainis, there appears to be some work to be done for a consensus on a Gulf Union to be reached. “Individual GCC states each have their own reasons for approaching the idea of the union with some reluctance,” Stephens notes.

“Certainly there are sections in both the kingdom and Bahrain who are seeking closer co-operation, but they are meeting significant opposition even from within their countries,” Stephens said. “In Bahrain, many people have reservations about what this union means for them and in Riyadh people are wary of having to take on Bahrain’s problems.”

Saudi’s King Abdullah was first to introduce the idea of a union last December. Since then, the Bahrainis have expressed their enthusiasm for the creation of the union but the other Gulf states remain significantly unenthused.

“The Gulf states have approached this very gingerly,” Stephens points out.

Besides concerns for their own sovereignty, the other Gulf states are also concerned with feeding Saudi hegemony over their political, social and economic policies. Bahrain, an island off the coast of the Arabian peninsula, is already connected physically to Saudi Arabia through a bridge. The Saudis already exercise some dominion over the financial health of the restive island and the Saudis have long enjoyed Bahrain as a happy hunting ground, a place close to home to indulge the more illicit of their pleasures. Initiating the Gulf Union with a union between Saudi Arabia and Bahrain is then set to be an irrevocable affirmation of Bahrain’s subordination to Saudi Arabia.

Bahrain relied on Saudi forces to help quell the uprising last year – an uprising the Bahrainis blame the Iranians for instigating. And those pushing for the union in Bahrain see the move as a form of insulation against Iranian influence. But Bahrain’s haste to establish the union is telling as well of the Bahrainis’ perceived vulnerability to Iran in the guise of its majority Shi’a population.

It also indicates a nascent distrust of the US as an ally in Bahrain, as well as Saudi Arabia. The Saudis are yet to overcome the American government’s abandonment of Hosni Mubarak. In their preoccupation with the threat Iran poses to the status quo, the Saudis have been moved to close rank among “their own”, allaying their reliance on the US for protection against the big, bad wolf that is Iran. DM Photo: Saudi Arabia’s Foreign Minister, Prince Saud al-Faisal, addresses a news conference in Riyadh May 14, 2012. Gulf Arab countries will continue talks on a possible union of six nations but any such plan will take time, Saud al-Faisal said on Monday after a summit that had been touted as a first step to union with Bahrain and a possible third state. REUTERS/Fahad Shadeed.