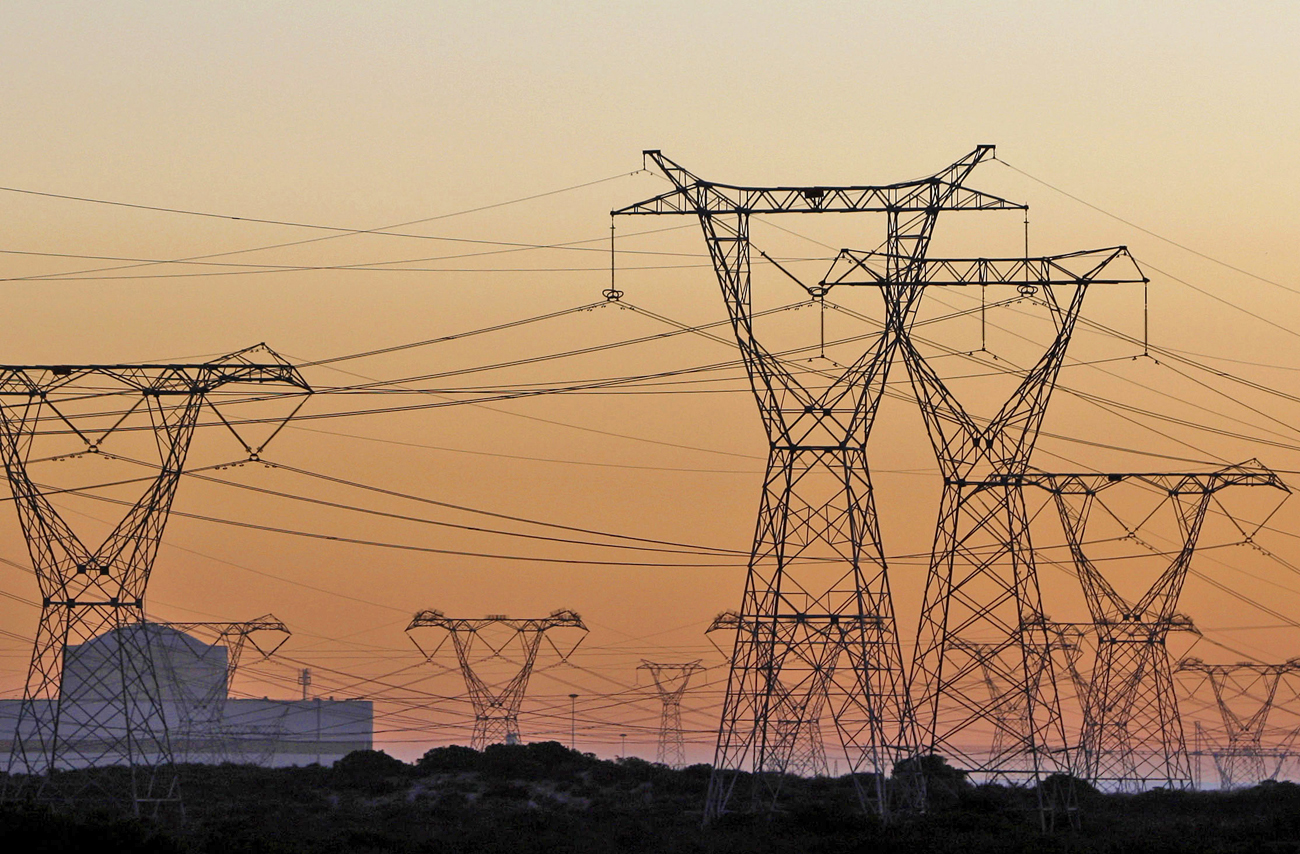 It is five o'clock in the evening in South Africa and the computer dials at the nerve-centre of state electricity firm Eskom are cranking towards the red as millions of people get home and turn on their heating, hot water and cookers. In the next two hours, demand will jump sharply, pushing the grid towards its limits and a repeat of the emergency rolling blackouts, known as 'load-shedding', that wreaked havoc on Africa's biggest economy in 2008. By Agnieszka Flak.

With the southern hemisphere winter drawing in, Eskom is walking a tightrope to keep power flowing to factories, mines and smelters that had to shut down for days four years ago, costing the economy billions of dollars in lost output.

At one point in January, the difference between demand and available supply fell to just 460 MW – a buffer of just over 1% – as some plants running harder than usual because of network maintenance unexpectedly tripped out.

More close shaves like that and Eskom will have little option but to start shutting down parts of the system to prevent a total collapse – a move that would lead to temporary mine closures and a spike in world prices of platinum, gold and coal.

South Africa’s currency, the rand, would also take a hit, as would the confidence of foreign investors.

The pressure is huge, yet it is hard to see any signs of it among the technicians monitoring the banks of blinking screens and flashing alarms in Eskom’s darkened control centre.

Save for the hum of air conditioners, the room is silent as the guardians of Africa’s biggest power grid adjust voltages and shift electricity loads with the calm of air traffic controllers.

“We are worried,” Kannan Lakmeeharan, the head of Eskom’s delivery unit, told Reuters. “Our resolve is not to load-shed, but there are no guarantees. It can be prevented but it will require extraordinary effort and immediate action.”

South Africa, the world’s top producer of platinum and a major supplier of gold and coal, paid dearly for the 2008 power crunch, which rippled beyond its borders in the form of record metal prices and knock-on power shut-downs in its neighbours.

It also damaged the reputation of the continent’s most sophisticated economy as a solid destination for investment.

“If the lights go out now in a severe way, then you will have years of public relations to do to convince investors that things have stabilized,” said Cornelis van der Waal, an energy analyst at consultancy Frost & Sullivan.

Aware of such risks, Eskom has set aside 2,400 MW of gas-fired emergency reserves as part of the system’s total net maximum capacity of 41,000 MW, although these plants produce electricity at up to 15 times the price of coal-fired plants.

Operators of the giant ore smelters around Johannesburg have also signed agreements to power down for up to two hours a week to give the grid additional breathing space, and public service broadcasts go out on television to tell people to turn off pool pumps and other appliances whenever supply gets tight.

After that, it is down to the staff monitoring the grid 24/7 for transmission faults, system trips or demand spikes.

CANDLES, GAS AND FEAR OF THE DARK

Since 2008, South Africans have learnt to deal with the occasional blackout.

Every driver knows how to pass through a traffic junction without working lights. Home-owners stock camping gas cookers. Shops and businesses put notes in their windows to alert customers to backup generators.

Many learnt the hard way in 2008, when fears of some of the world’s highest murder and violent crime rates kept many South Africans from going out at night on darkened streets.

“People would rather just stay in, keep the doors locked and your business was down by 80-90%,” said Johannesburg restaurant owner Zane Beer. “You literally lose your stock over those days.”

Beer is installing a generator in his smart new Mediterranean restaurant, Oliva, and has a big box of candles stashed in a back room. Even though he cooks on gas, he knows attracting customers will be hard if the lights go out.

Since 2008, mining companies have also been busy making contingencies and improving efficiency, with some cutting usage by as much as 30%. Others are generating their own power to reduce reliance on the grid.

However, a harsh cold snap – Johannesburg and Pretoria experience regular frosts in winter – could run things tight, with Eskom estimating an extra 600-700 MW of demand during the evening peak for every 1 degree Centigrade drop in temperature.

A year ago, the rand, a highly liquid emerging market currency, fell on rumours of Eskom blackout programmes.

The crunch has been in the making since the pre-1994 days of apartheid, when the white-minority government sought to turn South Africa into a haven for heavy industry by underpricing power to attract investment.

After years of buoyant economic growth since 1994, and with millions of impoverished black households in the sprawling townships round major cities being connected to the grid for the first time, Eskom has struggled to keep up with demand.

It hit the panic button a decade before 2008, begging for critical investment in new plants, but Nelson Mandela’s ruling African National Congress dragged its feet, saying it wanted to bring in private power producers but failed to create an adequate regulatory framework for them to come in.

Squeezed on all sides, Eskom reopened mothballed plants and turned on emergency back-up systems. Independent producers have also been encouraged, and private players now pump up to 1,000 MW of power into the grid. Yet the bulk of generation is carried out by plants between 20 and 30 years old.

Eskom delayed non-essential repairs to prevent disruption to events such as the 2010 soccer World Cup, but since then maintenance crews have been working flat out.

Still, the repair backlog will last at least until the end of 2013 and the first of 11,000 MW of power from three new plants – Medupi, Kusile and Ingula – is at least a year away.

Recession in 2009 brought some respite in the form of reduced demand, although growth is ticking up to 3% this year and towards 4% in 2013. When it hits 4.5%, power demand will be rising at 3% a year, the limit of what Eskom says it can cope with.

Some 43 million low power light bulbs have been fitted in homes across the country and billboards urge people to turn off air conditioners, water heaters and swimming pool pumps.

Mining companies have been asked to cut usage “voluntarily” by up to 10% and the scheme may be made mandatory.

The biggest incentives have been steep hikes in electricity tariffs that will help Eskom raise 460 billion rand ($59 billion) to build new plants.

As a result, the utility is on a more stable financial footing than in 2008 and funding for new plants is secured.

New chief executive Brian Dames, an Eskom veteran, and financial director Paul O’Flaherty, who was hired from outside, have gone to great lengths to woo investors and position the utility as a serious player. But on a blackout-free winter, the jury is still out.

“It’s not easy to sleep at night because we are worried,” Eskom’s Lakmeeharan said. “But it’s not that we are panicking.”