The prize to create African media 2.0

The prize to create African media 2.0 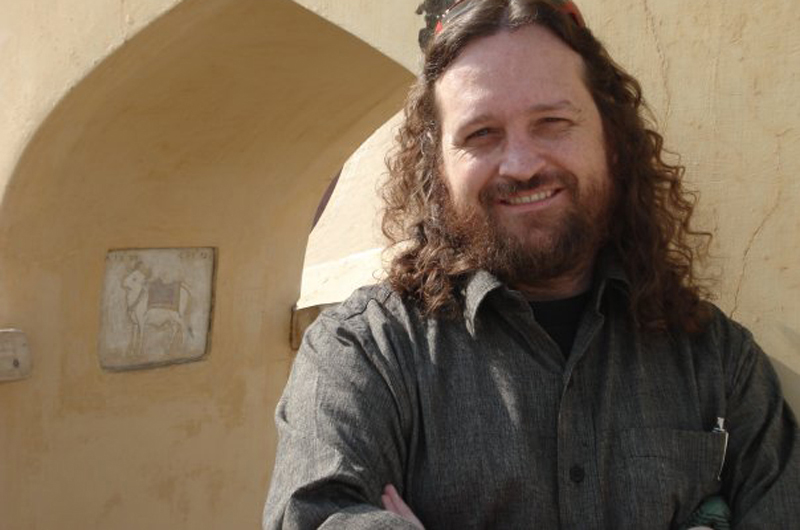 I think we can all agree that journalism in Africa is not what it should be. When the news is not hand-written by some ruling party flunky for publication in a shoddy state-run newspaper, it’s a barely edited re-run of a wire story. And if overt censorship isn’t preventing the dirty laundry from being aired, then it’s the protective armour of self-censorship that keeps the good journalists from being overly critical. This is a generalisation, of course, but it’s more accurate than we should be happy with.

Just look at South Africa. We’re among the top six countries in Africa as far as press freedom is concerned, according to the Press Freedom Index, and yet the media landscape here is poor. Television is dominated by the tame public broadcaster; radio by pop music channels, with the notable exception of Talk Radio 702. Print is ruled by the “big four” media groups who all rely on a single news source – Sapa – for the bulk of their content. The government, meanwhile, has made it abundantly clear that even this not-very-perfect press is too liberal with its criticism, hence their push to enforce the Secrecy Bill.

Something needs to change. One thing already has. Thanks to technology, news is not restricted to the easily controlled mediums of print, radio and television. The Internet and everything that has come with it means there’s more news out there than ever before, and almost anyone can access it.

But technology alone is not enough to revolutionise African journalism, which – when done properly – remains a costly business. Writing costs money and time, editing involves paying for expertise, and newsgathering can be hellishly expensive, once transport and accommodation is taken into account. And taking advantage of all the new technology is also not cheap: websites, apps, iPad editions, specialist software – potential abounds but none of it is free to create. Even small costs can be barriers to entry for aspiring journalists or publishers. Buying a website domain name, for example, is relatively cheap in dollars or South African rands, but might be a more significant expense once converted into Tanzanian shillings or Nigerian Naira. And even if the money’s not a problem, where does your average Congolese with an Internet connection find a credit card to pay for it?

These are a couple of the existential questions haunting African journalism in the 21st century. How can we take advantage of all this new technology? How are we going to fund it?

This is where the African News Innovation Challenge comes in. Launched last week, the new competition has $1 million to give away in grants and seed funding to anyone with a great idea that uses technology to improve the quality of journalism in Africa. Winners will get between $12,500 and $100,000 to implement their proposals, as well as mentoring from top media experts and vital introductions to venture capitalist funds who might keep the project going long after the prize money dries up.

Although a lot of money has been thrown at African journalism projects before, this prize, with its strong focus on technology, is designed to do something different. As Justin Arenstein, the prize’s project leader and no stranger to a bit of technological innovation himself, explained in an email interview with Daily Maverick: “Tens of millions of dollars have been ploughed into African journalism development over the past decade. Thousands of journalists have been trained. Hundreds of media have received donor support. But, has the media fundamentally reinvented itself and built better ways to connect with audiences? Has it build a more diversified revenue model? With very few exceptions, the answer is no. So, we’ve decided to do something different. We’ve decided to deliberately embrace disruptive ideas, and out-of-the-box thinking. And we are deliberating saying no to funding training, or content for content sake, and are rather trying to encourage new thinking, and new models.”

Arenstein is working under the aegis of the African Media Initiative (AMI), which is overseeing the prize. AMI is an association of African publishers and media owners, who are the African face of what is a very western consortium to award the prize. Also involved is Google, the Omidyar Network, the Konrad Adenauer Stiftung and, of most concern for those African leaders always on alert for the neo-imperialist agenda, the US State Department.

And it’s a western model that the African News Innovation Challenge is following, based almost entirely – to the extent that they use the same website template – on the Knight News Challenge.

The Knight Challenge has been hailed a success for facilitating technology to improve media and accountability, and has disbursed nearly $25 million in the last five years. It is funded by the Knight Foundation, an NGO that “aims to help sustain democracy by leading journalism to its best possible future in the 21st century” (more grist for the neo-imperialist mill there), according to its website.

Most of the Knight Challenge winners are American-based, and focus on local projects such as tools to improve access to government information or creating programs that help investigative journalists sift through large amounts of data. But there has been a few African successes too; most notably two-time winner Ushahidi, the revolutionary crowd-sourcing software initially developed to monitor post-election violence in Kenya.

The new prize will focus exclusively on African projects, as its name suggests, but is not limited to Africans. Anyone can submit an idea as long as they can find an African media partner to work with. So, if you’re a frustrated journalist with a grand idea that will change the way the continent gathers, delivers or profits from its news, an inspired techie with a media bias, or an established organisation with a bold new African media strategy, then this might be a good place to look for funding.

But you’ll have to move quickly. In a refreshing change from the snail’s pace of most NGOs, the African News Innovation Competition moves very quickly. This is deliberate. The idea is to “get money to novel ideas before they miss that very small but crucial window of opportunity when they can influence the wider ecosystem,” commented Arenstein. Entries must be in by no later than 10 July 2012. The winners are announced just four months later. Before the judges get to them, most entries will be available for public scrutiny, meaning that anyone can provide comments and critiques. The judging panel is led by Zimbabwean, Trevor Ncube –better known to South Africans as the man who owns the Mail & Guardian. The judges might have a difficult time, as there are already a lot of good ideas out there; this competition might be just the thing to turn them from ideas into reality. Better put your thinking cap on – I certainly have. DM