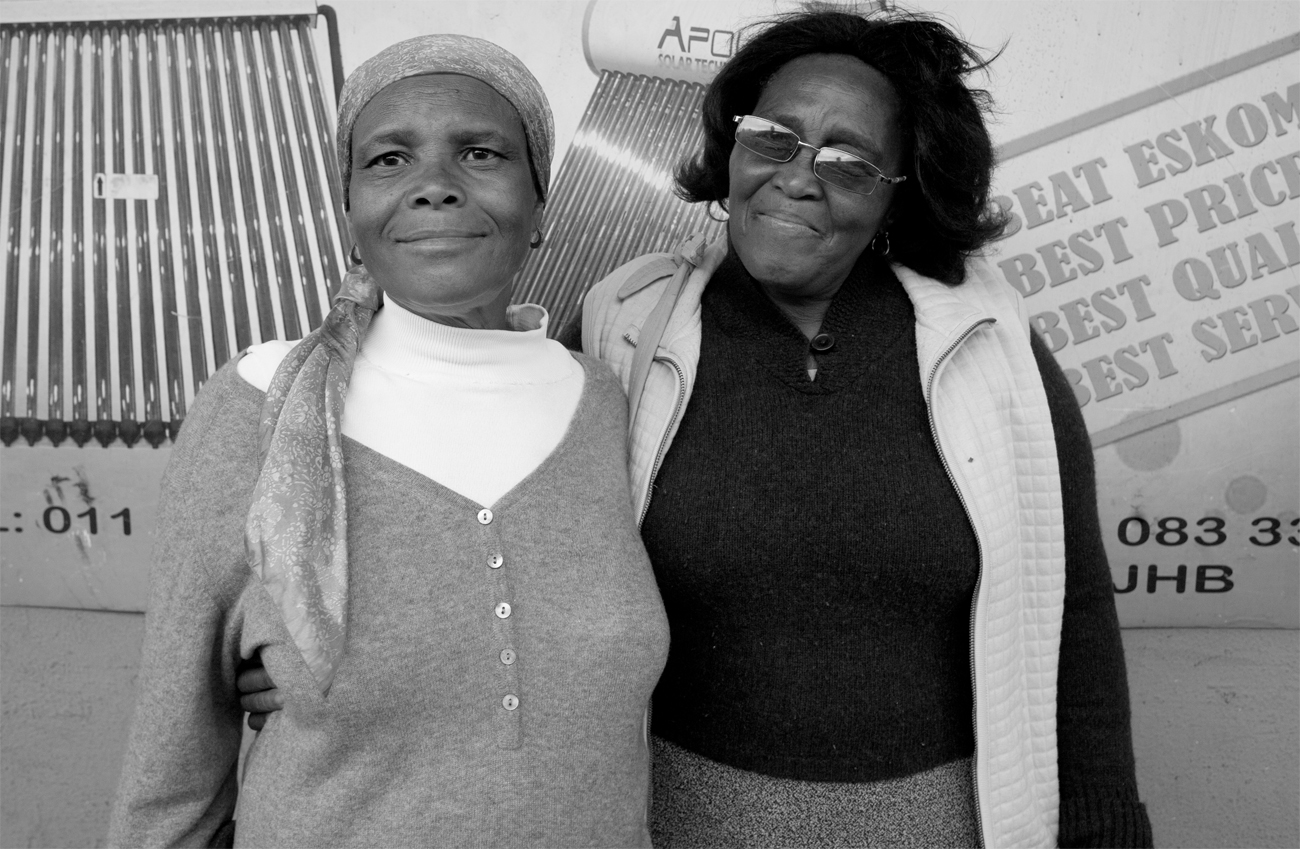 To mark Mother’s Day this year, GREG NICOLSON took to the streets of Johannesburg to speak to mothers, daughters and sisters about their position in South Africa: rights, opportunities, and the role they play in the country’s development and democracy.

Under layers of commercialism surrounding Mother’s Day – beneath the clichéd cards and spiking sales of Eat, Pray, Love – is the idea that we should honour the women in our lives; give credit to their contributions. But beyond the delivery of chocolates and flowers each May, does the recognition of women run as deeply as it should?

In a word, no, said the women Daily Maverick interviewed. According to them, true equality is rare across the board: in universities, workplaces and government. And tellingly, it was mostly the youngest women interviewed – those who had completed their studies but not yet encountered the realities of the workplace – who felt the most optimistic about their career opportunities. Photo: Linah Makhoba, 42, says more women in positions of power could have a positive influence on development and democracy but their abilities are often limited because even as leaders don’t receive the same power as men.

“It’s moving towards (equality), but not fast enough,” said Louise Morgan (71), while having lunch with her daughter, Rose Morgan (48), and her granddaughter, Louise Schutte (22), in the suburb of Parkhurst. “Men still have the top jobs because often, they’re more qualified. It’s tough for the few women who are qualified.”

This view was echoed by Martha Ngubane (64) and Nomzamo Nkwinti (59), during a visit to Brixton’s High Street. According to Martha, the role of women has not changed nearly enough since the advent of democracy, and the decision-making power still lies, primarily, with men. “There are too many men in leadership positions… Most of us (women) from rural areas are not educated. That’s why,” she said.

“I think it’s the same internationally. It’s a man’s world,” added Gugu Mtshali (28), interviewed over a meal with her sister, 26-year-old Sindiswa, in Parkhurst. “We’re afforded the same rights on the surface, but have to work a lot harder to get the same rights and respect.” Photo: Petronella Mabusela, left, with Masekgwitha Maboea, says the increasing number of women as CEOs shows they have opportunities to be leaders but calls on more women to fill the top jobs because, “Right now things aren’t developing nicely because it’s all men.”

Both sisters recently left the corporate world to pursue other goals – Gugu to be a nail technician and Sindiswa to further her studies. In their experience, women in the workplace are damned if they’re assertive and damned if they’re timid – and it is frowned upon to bring emotions of any kind into the office environment. Frowned upon for women, that is. According to them, if men express emotion, nobody cares. But if women are sensitive they are seen as too soft; if they are assertive they are considered too bitchy. Women have to prove themselves at every turn and their leadership decisions are constantly questioned, say the sisters.

Among the women interviewed, there was a strong belief that women could make a significant difference to the country if they had greater leadership opportunities. Danica Laxton (50), walking with her daughter Nicole (18), said there was a significant – and obvious – role for women to play. “Women are doing a good job in power, for example Helen Zille in the Western Cape, and could definitely have a role to play in more leadership positions.” Photo: Nicole and Danica Laxton say women in positions of power still face stigma but leaders like Helen Zille are good examples of their potential.

Nyasha Moyo, a 30-year-old Zimbabwean, said there was not much difference between gender equality in her home country and South Africa. She called on women in both countries to take more leadership positions, because in her view, “they are less corrupt”.

A number of interviewees believed that increasing leadership opportunities for women could benefit business, society and politics threefold, because in their opinion, female leaders would be more concerned with nurturing the success of others. Men were broadly perceived to be satisfied with their own success only.

Overwhelmingly, those Daily Maverick spoke to believed that women did not fill as many leadership positions as men, but the respondents differed on whether equality existed. The older or more experienced women tended to be less optimistic, while younger women who had had the opportunity to study at university, but had not yet gained much work experience, were confident that they would be afforded the same chances as men once they entered the working world.

“There is now equality,” said 19-year-old student Sihazo Mlunjwa, walking in Braamfontein with her friend Hope Mahlabala (also 19). “Women can work in positions they’re recommended for and can also hold top positions.” Photo: Students Sihazo Mlunjwa and Hope Mahlabala say women have the same opportunities as men and are now ambitious and outspoken.

Petronella Mabusela (21), also a student, agreed. She argued that there was equal access to opportunities, noting that more women were becoming CEOs and taking other leadership positions, depending on their qualifications. She believes women should boost development by focusing on education and building their skills and knowledge, rather than focusing on being homemakers. Photo: Sisters Gugu and Sindiswa Mtshali say women are treated differently in the workplace and the benefits of more women in leadership positions would ripple through communities.

So how close are these views to reality? The Institute of Race Relations’ 2010/11 South Africa Survey suggests significant disparities in employment and income between genders. In 2011, women filled 32% of management positions and in 2010, just 19% of top management positions. The median monthly earnings for women was R2,340, compared to R3,033 for men.

However, in 2000, women filled only 12% of top management jobs, meaning there was a 7% increase within a decade.

The increasing number of females in top management positions does show that the situation is changing. But meanwhile, South African women are left wondering whether the deep-rooted barriers to transformation can be overcome – so that their rights can be honoured beyond Mother’s Day. DM Photo: Martha Ngubane and Nomzamo Nkwinti say there are too many men in leadership positions and little transformation has taken place since 1994. They say education is the key.

All photos by Greg Nicolson for DAILY MAVERICK.