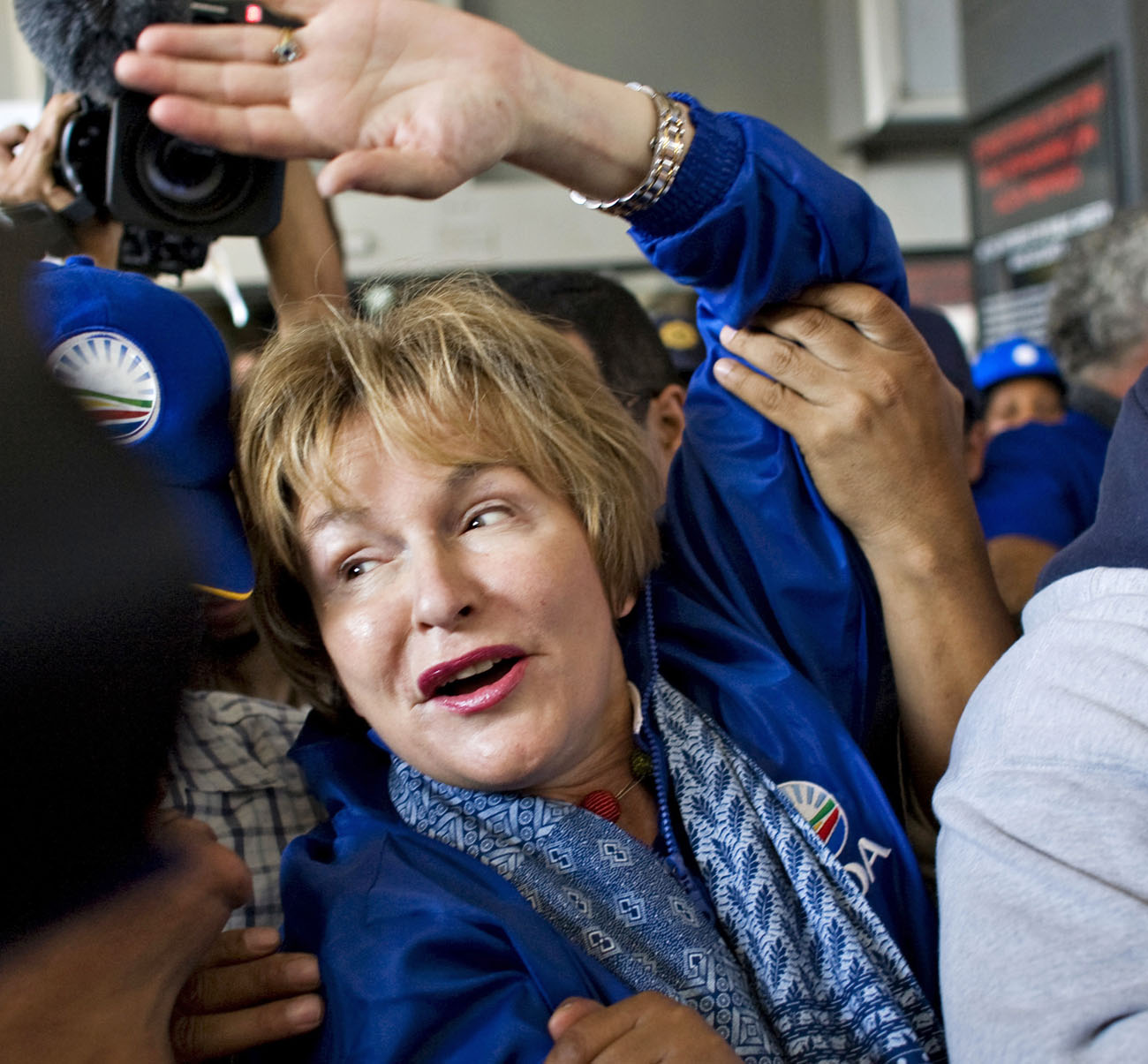 Democratic Alliance leader Helen Zille said on Sunday she would not resign over a communications tender that was criticised by the Public Protector, Thuli Madonsela, in a leaked provisional report last week. Drama over this tender erupted last year and Zille said at the time she would quit if any corruption in the tender process was discovered. Although the process was deemed irregular in some parts, it exonerated the DA leader who said in her weekly newsletter, “Most importantly it is accepted that there was no corruption whatsoever, nor any evidence of political involvement, interference or manipulation in the procurement process.” The party believes there are legal errors in the draft report and will meet with Madonsela on Thursday. Times LIVE, Sapa

Yahoo is in limbo again after its CEO Scott Thompson resigned on Sunday only four months into his job, while an inquiry into his disputed academic credentials goes on. On 4 May First Thing reported activist hedge fund Third Point had written to the Yahoo board claiming Thompson earned a degree his university only offered four years after his graduation. Ross Levinsohn, Yahoo’s global head of media, will act as interim CEO. Amusingly, Third Point discovered the discrepancy in an Internet search… on competitor Google. New York Times, AP

Greek leftist leader Alexis Tsipras and his Syriza party, holding the second biggest chunk of the Greek parliamentary vote after last week’s elections, will not attend a Monday meeting of political honchos in the country to set up a new government. This virtually ensures another election which, polls indicate, Syriza will most likely win. Although Greece’s anti-bailout vote was split among parties in elections last Sunday, polls show these voting blocs have united behind the 37-year-old Tsipras who has consistently rejected governance deals with established parties. BBC, Toronto Star

The Iranian government on Sunday told western countries to back up, with state TV reporting that applying any extra pressure could stall nuclear talks. Iran and western negotiators are due to work out which side should move first – Iran taking concrete steps to ease western concerns, or western powers easing sanctions – at talks scheduled for 23 May, also involving the US, Russia, China, France, Britain and Germany. Reuters, Daily Star

Golf: Former world number 1 Tiger Woods said on Sunday the PGA Tour should punish slow play with penalty strokes, rather than undisclosed fines. This issue has been brewing all season, but came to the fore during this weekend’s Players Championship (won by Matt Kuchar) when the crowd became irritated at Kevin Na’s constant practice strokes. Woods did express sympathy for Na’s constant re-dressing, saying “I’ve never experienced anything like that, but I’ve seen it before.” USA Today, Jacksonville.com

Former ANC Youth League leadership, Julius Malema, Sindiso Magaqa and Floyd Shivambu will hold a press conference at 11:00 in Illovo. Headline writers around the country you may now give each other high-fives.

Group CEO of the SABC Lulama Mokhobo, and South African Football Association CEO Robin Petersen will chat to the media about a three-year agreement between the organisations. We’re unsure if the national broadcaster will carry the press conference.

European foreign ministers meet on Monday to try to find common ground on whether Ukraine deserves to be hosting the Euro 2012 football tournament. Germany has called Ukraine’s current administration dictatorial. Poland, co-hosts of Euro 2012, has pleaded with ministers not to call for a boycott, but it seems as if Germany’s concerns are shared by others.

The Labour Department will hold public hearings on the Labour Relations Amendment Bill at the Rustenburg Civic Centre from 10:00.

The Gulf Cooperation Council – Bahrain, Kuwait, Oman, Qatar, Saudi Arabia, and the United Arab Emirates – is set to lay out a timetable to turn ideas of forming a European Union style alliance into reality. Some analysts believe this is to counter any weight thrown around by Iran.

Poor President Jacob Zuma. His presidency has been defined by mishap after mishap. Some of the mistakes he inherited; big chunks of problems he brought upon himself. But just when it felt like he finally had the situation under control, something new happened: massive push-back from the public. By SIPHO HLONGWANE.

Millions of South Africans rejoiced on Thursday after model Jessica Leandra dos Santos, 20, and Generations star Tshidi Thamana, 22, confirmed they would return the country to the glory it enjoyed a week ago. They brought the nation to its knees and they’ll put it back on its feet, they said. By GREG NICOLSON.

D-Day for the ICC in Africa

Africa and the ICC have an intense and complicated relationship. The African Union would like to change this and have Africa take responsibility for enforcing its own justice, and it’s meeting to do exactly this. But don’t expect the ICC to go anywhere yet. By SIMON ALLISON.

Vanity Fair. The reportage and features are still among the best in the world, but the editor is making more than his allotted share of mistakes where the covers are concerned. For one thing, the faces are almost always white, for another, the lies are starting to creep through. By KEVIN BLOOM.

He might have taken the most defining photograph of the struggle against apartheid, but this 78-year-old prefers to live in the village of his youth. There is no running water there. Sickness and diseases are a constant threat. Life has not turned out the way Sam hoped. By KARYN MAUGHAN.

Analysis: What Joburg’s parking scheme says about democracy in SA

There seems to be a breakdown in communication between local government and its people. The former seems to understand that service to the people must happen on its terms and its terms only, even when those people are demonstrably disgruntled. Perhaps our city fathers should take a closer look at the statutes that are supposed to guide them. By KHADIJA PATEL.

Jay Naidoo: An infinite vision – The story of the Aravind eye hospital

In India, there is a model for healthcare that goes against all economic logic. People pay what they can to have their sight restored. If they can’t pay, they still get the gift of sight. No bank was prepared to back Dr Govindappa Venkattaswamy, yet today the results of his service are felt in 30 countries across the globe.

Extraordinary moments in life tend to catch you off guard. But when you arrive at the centre of the Catholic faith, St Peter’s Square, with a mother in a wheelchair, a neurosis and an illegal substance – er, foodstuff – you could miss them altogether.

People are outraged by a racist comment by a model, but they don’t seem to care whether a very dangerous cop is given free rein – or whether he is suddenly given a sideways promotion. They don’t seem to understand that this is not something abstract. It is something that, ultimately, impacts directly on their own lives.