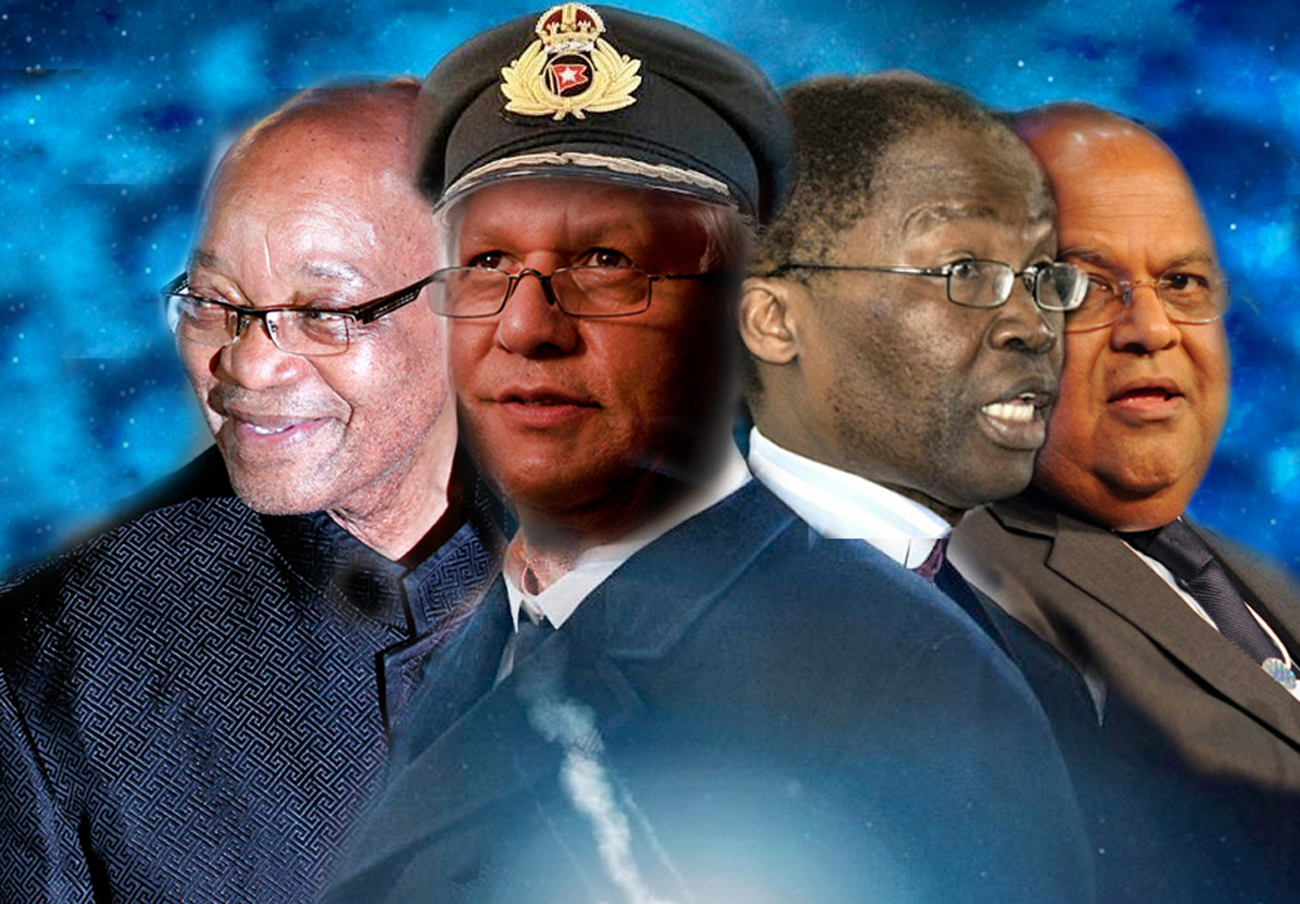 Could its skipper have sailed 'SAS Sanral' on a different course and avoided the Titanic-like disaster that is unfolding? CHRIS GIBBONS investigates.

One-hundred years ago, RMS Titanic went to her watery grave in the north Atlantic, after colliding with an iceberg during her maiden voyage and causing the deaths of 1,514 people in one of the deadliest peacetime disasters in maritime history. Thankfully, no-one has yet died in the Sanral disaster and, although it’s not over yet, hopefully no-one will. Some reputations may be fatally wounded though.

In the wake of the Titanic’s loss, both the US senate and Britain’s board of trade held inquiries into the disaster and both reached conclusions that were largely the same. One aspect, the lifeboat regulations, needed updating urgently and those lifeboats that were used were neither filled nor crewed properly. However, direct blame was laid at the feet of the late Captain Edward Smith, who had died with his ship. Smith had failed to pay sufficient attention to ice warnings and the fatal collision with the iceberg was a direct result of steaming too fast into a dangerous region. As it later emerged at the inquiries, the SS Californian, a freighter, had warned the ill-fated Titanic twice by radio. The second time was to inform the liner that Californian was surrounded by pack ice and had stopped for the night. Ten minutes later, Titanic hit the iceberg. The finest and most senior of the White Star Line’s captains, Edward Smith’s reputation was shattered for eternity.

Aboard the bridge of ‘SAS Sanral’, ‘Captain’ Nazir Alli received a similar warning of impending disaster as far back as 2007.

It came in the form of a social impact assessment (SIA) draft report, examining the Development of a Toll Road Network and it was commissioned by Sanral itself. I approached Sanral for a copy of the SIA, but it has not yet replied to my request. No matter – I obtained a copy from another source. It carries the date April 2007.

The SIA makes interesting reading and it reminds us that the Gauteng Freeway Improvement Plan had not one, but two objectives. The key purpose was to reduce congestion on the freeways and allied to this and helping achieve the first objective would be the upgrading of infrastructure.

Congestion on major roads in the Johannesburg/Pretoria conurbation is economically deadly. The SIA lists all manner of studies in other cities as well as some local ones which point to jobs lost, unpredictable time schedules, increased costs related to deliveries, higher vehicle running costs, a higher accident rate and, on the personal level, increased frustration, aggravation and discomfort, as well as reduced personal leisure time and time for fitness and social activities, as well as disrupted sleep patterns. All of this because of clogged roads!

To read the first half of the SIA is to be absolutely convinced of the need to improve Gauteng’s freeways. But it’s not the whole story. The SIA emphasises again and again the complex nature of the solution to this problem; in that respect, it’s very similar a 2010 economic impact study freely available on the Sanral website.

The second half of the report, however, is where it takes on the shape of the SS California, because that’s where the warnings come.

Its author considers two options: “Do Nothing” – which is quickly discarded – and a toll fee.

In par. 4.4, “Impacts in respect of imposing a toll fee”, he writes, “…the Gauteng situation involves a more complicated intra-city freeway network congestion problem that cannot simply be solved through tolling in isolation. What is also important is to ensure that all interested and affected parties are given fair and equal opportunity to air their views and that these views are noted.”

Later in the same paragraph, he adds: “The concern of social equity with the poorer drivers paying the same fees as more affluent drivers will also arise.” The significance of this is high, he warns.

A key concern is no viable alternative routes: “Without the option of alternative routes it is unlikely that a toll fee will have the desired affect (sic) of significantly reducing the number of vehicle trips on the freeway system.”

The impact of this will be severe, warns the author, adding in his summary that this “has serious consequences in respect of the success of the project.”

He gives the same “serious consequences” warning about the viability of alternate choices of transport: “Taxi services are seen as unsafe, bus services as unreliable and rail services as dangerous and impractical.” He reminds Sanral a 2006 survey on this topic by Synovate asked motorists if they would switch to public transport, if it improved: “72% said they still would not move from a car”.

The concluding paragraphs of the SIA are clear, just as the warnings about ice were clear when sent to the Titanic. “The success of the second scenario, in which the system is upgraded and toll fees are charged, is largely dependent on a range of factors such as the availability of viable alternate(sic) routes and there being a reliable, safe and practical public transport system in place. Notwithstanding this, and notwithstanding the fact that an upgraded system carries with it certain positive social impacts, the major obstacle in this regard will be the ability to change public attitudes away from mainly relying on private car usage on the freeway system towards public transport and other alternatives.”

Sanral says it complied fully with all its obligations in terms of public participation and discussion, although many would dispute this. What has not been in dispute from 2007 to the present is that neither of the two key conditions sets down by the SIA for success were ever in place. Alternative routes, such as they are, are almost non-existent and the same applies to a “reliable, safe and practical public transport system”.

Like the Titanic, Sanral’s Gauteng tolled freeway voyage was doomed from the moment it set sail. We’ll never know why Capt. Edward Smith chose to ignore the ice warnings, but perhaps one day Capt. Nazir Alli will explain why he ignored equally specific recommendations in the SIA. DM