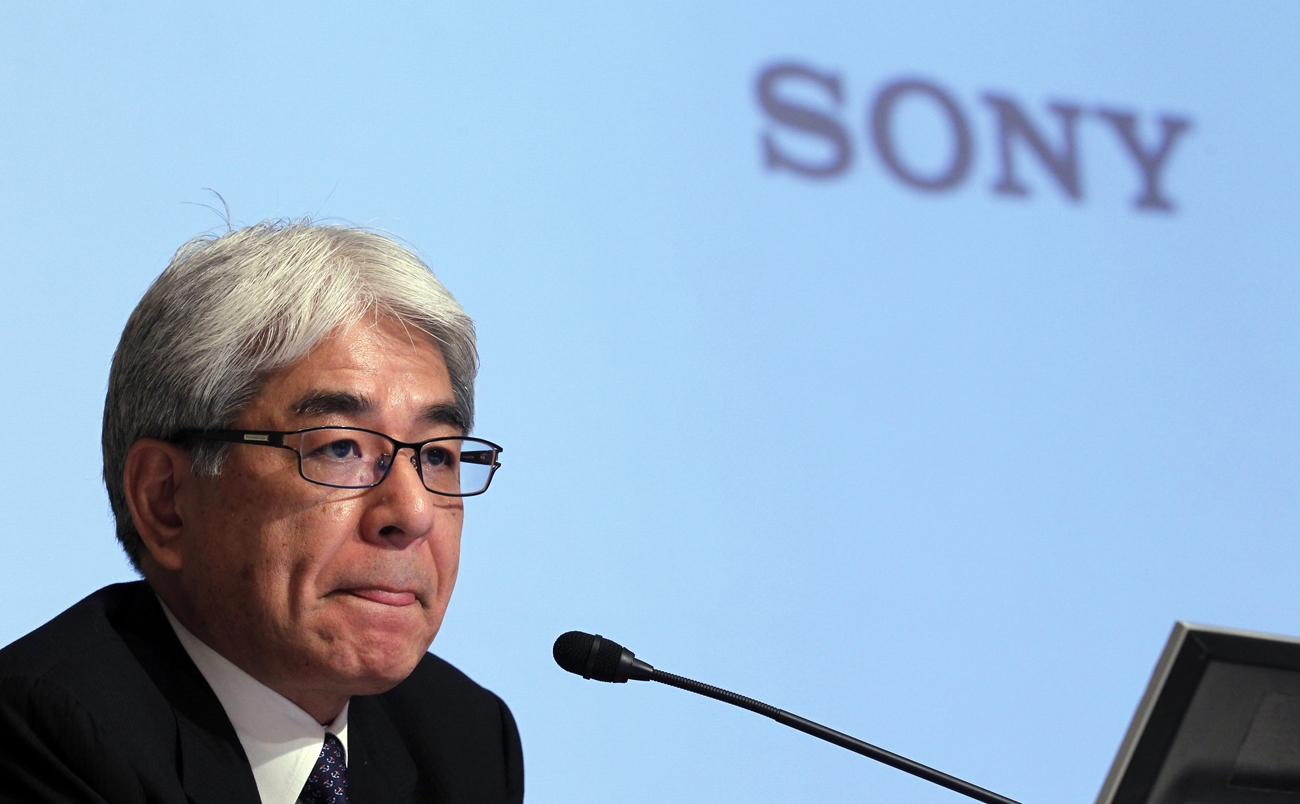 Sony Corp predicted a return to profit this year as it looks to halve the losses in its TV business that pushed the Japanese consumer electronics giant to a record loss of $5.74 billion in the year just ended. By TIM KELLY (Reuters).

Sony shares, valued at around $15 billion or just 3% of rival Apple Inc, this week slipped to a quarter century low, a sign of how the Walkman and PlayStation maker has lost its innovative edge and fallen behind Apple and Samsung.

Under new CEO Kazuo Hirai, Sony is slashing costs – 10,000 jobs, or 6% of the global workforce, will go – in a bid to turn around its struggling TV unit. At a briefing last month, Hirai sketched a future driven by mobile devices such as the Xperia smartphone, gaming and cameras, as well as medical devices and electric car batteries, along with big cost cuts in the TV business that has lost more than $12 billion in 9 years.

The company said on Thursday it expects to sell more than 33 million smartphones this year, up from 22.5 million last year. In preparation for that mobile push, Sony last year bought out Ericsson from a phone joint venture to integrate the business with its other consumer electronics units.

“In handsets, without big innovations, Sony will still be a second-tier smartphone market player,” said SR Kwon, an industry analyst at Dongbu Securities in Seoul. “I’m just not impressed by Sony smartphones.”

“Will Sony get much better as time goes by? I’m not that optimistic. Currency is not the only problem, the bigger problem is that Sony has failed to catch up with consumer trends in TVs and handsets.”

“The operating profit forecast isn’t far off the level seen two years ago… This suggests we’re on a recovery trend and last year was definitely the bottom,” said Kenichi Hirano, operating officer at Tachibana Securities in Tokyo. “But I think not everyone in the market is convinced of this, especially since the company lacks a solid plan to turn around its TV business.”

Sony’s net income forecast, though, was not as high as some had anticipated. “The net profit came in below expectations, but they’re projecting a strong operating profit, which I’m still doubtful they can achieve,” said Hiroyuki Fukunaga, chief executive at Investrust.

“It looks like they’re trying their best, but just looking at the figures it’s hard to see exactly how they’re going to increase margins.”

Sony predicted sales of its liquid crystal TVs would fall 11% to 17.5 million in the current year, but forecast its losses from the LCD TV business would halve to 80 billion yen.

As TV technology moves on, Samsung reiterated on Thursday it plans to sell organic light emitting display (OLED) TVs from the second half of this year and reckons this will become mainstream TV technology within 2-3 years.

Hirai, who succeeded Welsh-born Howard Stringer last month, hopes to reduce Sony’s TV costs after exiting a joint LCD panel venture with Samsung. The Japanese firm in December agreed to sell its 50% stake in the panel production firm that had locked it into buying expensive panels as a market glut triggered a drop in the price of the main TV component.

Sony also sees an 11% decline in sales this year of its PlayStation games console, to 16 million. Sales of its new Vita handheld games console hit 1.8 million in the previous year, Sony said.

Hirai has set a target for group sales of 8.5 trillion yen ($106.85 billion) in two years, with an operating margin of more than 5%, but he has yet to spell out just how Sony will achieve those mid-term targets, and investors are concerned about Sony’s prospects as consumers flock to gadgets made by Samsung and Apple. Since the start of the year, Sony shares have dropped 12%, while the benchmark Nikkei 225 index has gained nearly 7%.

Hirai “seems to have the will to turn the company around, but he’s a young CEO and it’s unclear whether he will actually be able to,” said Investrust’s Fukunaga. “Until we see some progress it’s hard to judge whether they can meet their goals.”

Photo: Sony Corp Chief Financial Officer Masaru Kato attends a news conference to announce its financial results for the 2011 fiscal year in Tokyo May 10, 2012. Sony Corp expects to return to profit this year, as it aims to halve the losses in its television business that pushed the Japanese consumer electronics giant to a record loss of $5.74 billion in the year just ended. REUTERS/Kim Kyung-Hoon.