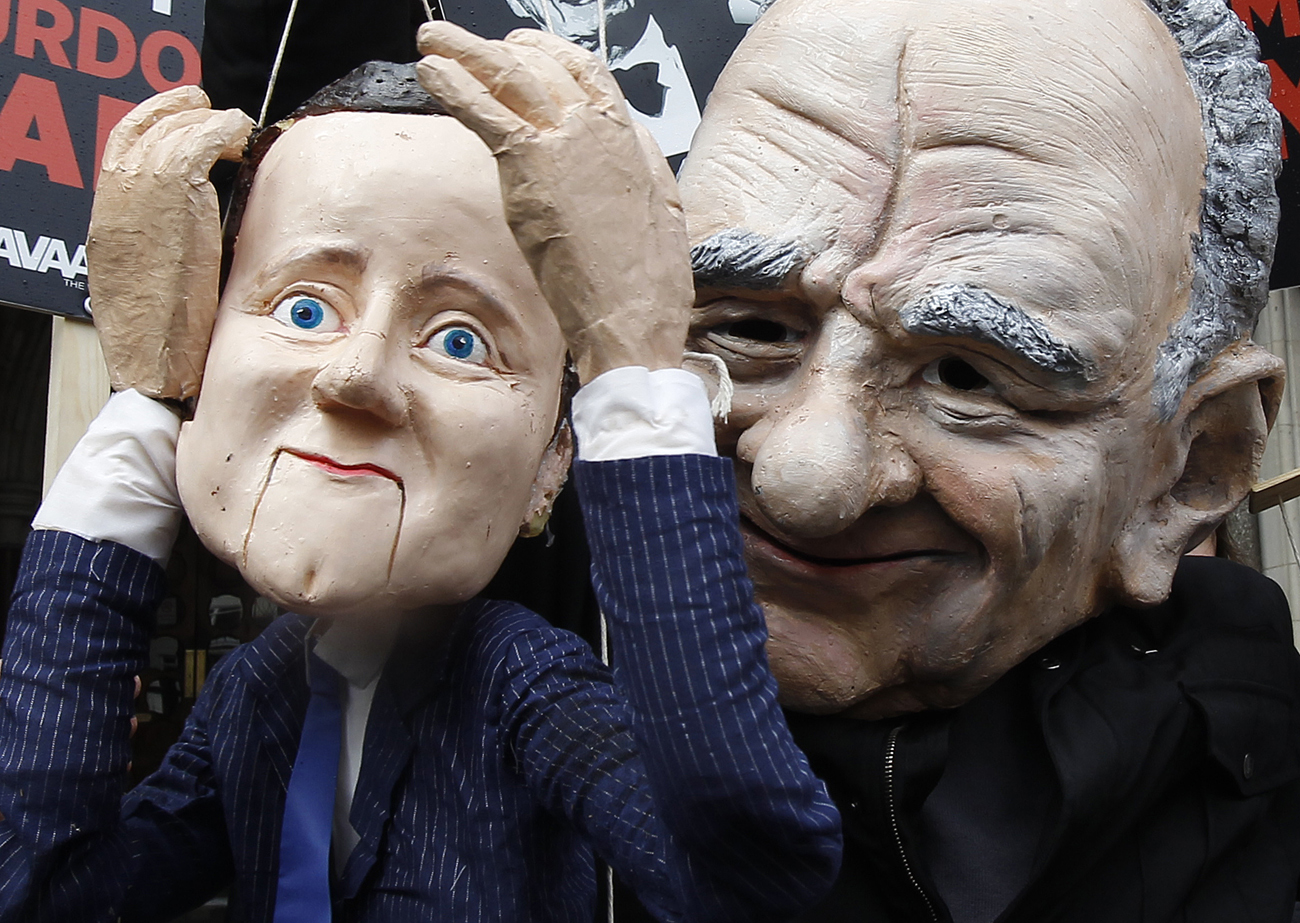 British Prime Minister David Cameron faces potentially embarrassing scrutiny of his ties to Rupert Murdoch on Friday when Rebekah Brooks, a former top lieutenant in the tycoon's media empire, appears at an inquiry into press standards. By Kate Holton (Reuters).

Brooks, once editor of the News of the World tabloid at the heart of the phone hacking scandal, is expected to be grilled about her ties with Cameron, who was eager to secure the support of Murdoch’s newspapers ahead of the 2010 national election.

Cameron, who has said politicians’ ties with Murdoch were far too cosy, is grappling with a series of disclosures from an inquiry he himself ordered that have shown the close social ties between government and Murdoch’s most powerful executives.

“It’s a worry because you just don’t know what’s there,” one member of parliament from Cameron’s Conservative party told Reuters, speaking on condition of anonymity because of the political sensitivity.

“I think it could be very difficult. I don’t know any more than the next person but I do have a sense that it is going to be difficult.”

Cameron’s former spokesman, ex-tabloid newspaper editor Andy Coulson, told the inquiry on Thursday that he was given access to some of the government’s most sensitive secrets though he did not have full security clearance.
When the inquiry turned to a meeting that has come to symbolise Murdoch’s power over British politicians, Coulson was questioned about the News Corp chief’s back-door visit to Downing Street for a 30-minute meeting with Cameron shortly after the 2010 election.

He denied any ‘grand conspiracy’ between media tycoons and senior politicians, but did say that the fallout from the phone hacking scandal was forcing politicians to distance themselves from journalists and media bosses.

But the impression that the prime minister and finance minister George Osborne surrounded themselves with a coterie of privileged individuals for cosy dinners and horse riding in the English countryside has been pounced on by critics.
Brooks, who resigned as chief executive of Murdoch’s British newspaper arm News International in the wake of the phone hacking furore, will be asked at the Leveson Inquiry about her long friendship with Cameron.

The Telegraph newspaper has reported that Cameron texted Brooks up to 12 times a day, while the Times, quoting from a new biography of Cameron, reported on Wednesday that he had texted her before she quit to tell her to “keep her head up”.

Instantly recognisable for her long red hair and dubbed by some the “fifth daughter” of Rupert Murdoch, she edited the News of the World from 2000 to 2003 and went on to edit the Sun daily tabloid for six years before stepping up to run News International from 2009 to 2011.

Brooks, a former secretary who rose to the top of Murdoch’s empire, could strike fear into politicians with a seemingly innocent comment. While editor of the Sun, Britain’s top-selling paper, she was considered one of the most powerful in Britain.

But her fall has been as impressive as her rise: she has been arrested on suspicion of phone hacking, bribing a public official and conspiracy to pervert the course of justice.

Her second husband, race horse owner and columnist Charlie Brooks, went to Eton, one of Britain’s most prestigious schools, with Cameron.