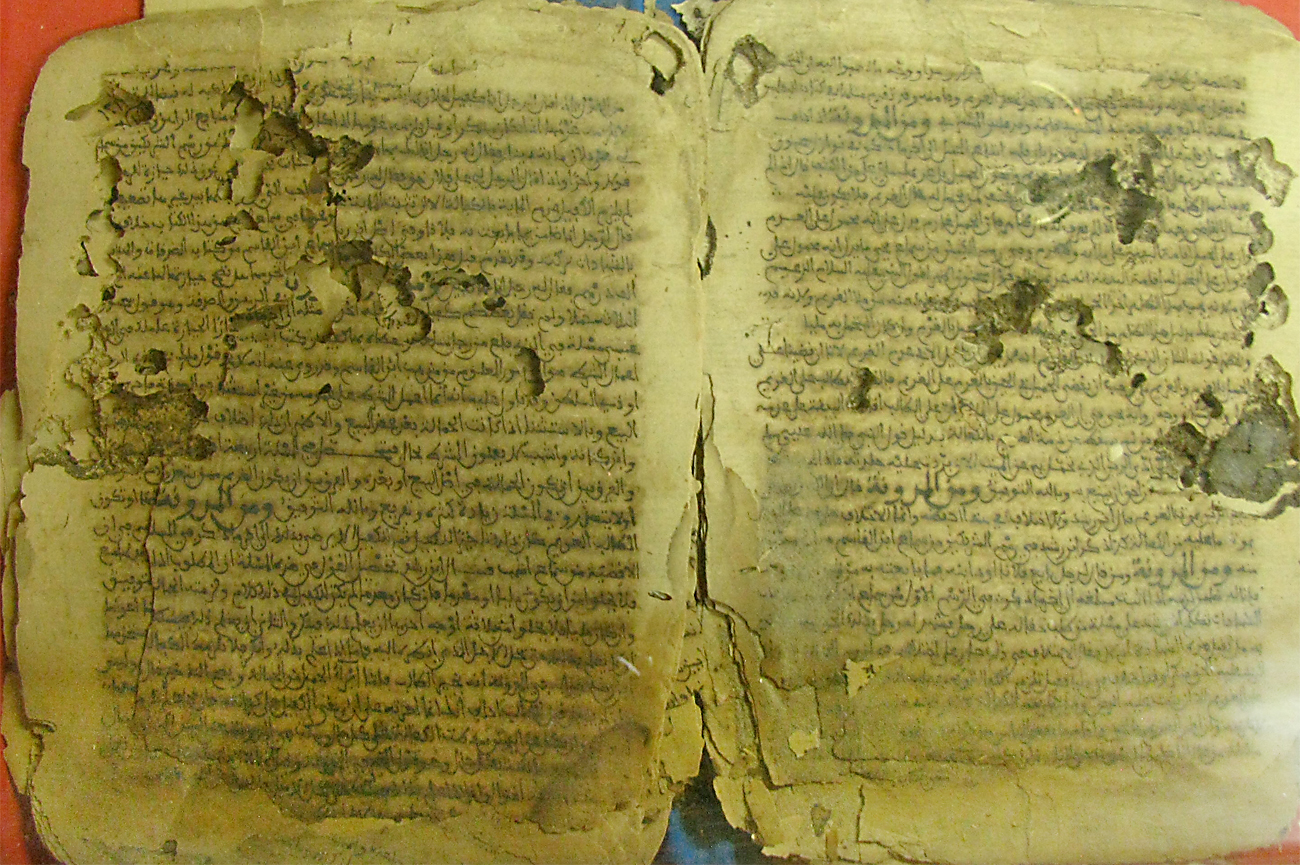 As Timbuktu reels under rebel control, South Africa’s investment in the preservation and protection of ancient manuscripts has been significantly imperilled. A good few million rands were poured into the Timbuktu project, but it’s not the financial loss that will be felt most acutely. By KHADIJA PATEL.

In May 2010, minister in the presidency Collins Chabane formally handed over a new library and archives building to the Malian government. The building was constructed to adequately house ancient manuscripts at the Ahmed Baba Institute of Higher Learning and Islamic Research in Timbuktu. At the time of building it, it was a pet project of then president Thabo Mbeki, invoking his call towards an “African Renaissance”.

The manuscripts of Timbuktu offer a rare window into life in the region known as Western Sudan from the late 15th century onward. They cover topics from the natural and physical sciences, including astronomy, mathematics, botany and medicine to the more whimsical literary arts, with a sprinkling of Islamic religious sciences thrown in. They are a veritable treasure trove of human knowledge.

Constructing the library was meant to contribute to re-writing African history from a decidedly African perspective.

The South Africa-Mali Timbuktu project, as it is known, was managed by the Development Bank and chaired by former minister in the presidency, Essop Pahad. The trust was tasked with facilitating the physical conservation of the manuscripts and training the Malian conservators. It was also tasked with the construction of the library and archives building, and all services relating to the preservation, collection and access to the manuscripts. Finally,  it would help with the creation of public awareness about the manuscripts, relating the true story of Mali and the surrounding regions.

Of course, it’s been some time since the African Renaissance peppered the political spectacle in South Africa. Mbeki’s dreams have long waned, but now the harsh reality of conflict threatens to imperil the fragile gains made towards winning back Africa’s heritage.

Despite reports that the Azawad rebels, who now control Timbuktu, had set a shrine alight over  the weekend, South Africa’s ambassador to Mali, Rantobeng Mokou, is certain the South African-built library housing the main collection has not been damaged.

When the Daily Maverick spoke to Mokou on Monday afternoon he said he had just had a meeting with a journalist who had returned from Timbuktu to the Malian capital, Bamako. Mokou says the journalist had shown him various videos and photographs of Timbuktu, proving that the South African-built library had not met the ire of the rebels.

According to Mokou, marauding rebels had asked locals what exactly was housed in the library and after being informed of its contents, left the museum untouched.

Essop Pahad, however, warns that the extent of damage sustained by the library during a break-in some weeks ago is still unknown. According to Pahad, computer equipment had been stolen but the trickle of information he had been receiving had dwindled into an alarming silence. Asked if the trust would initiate any campaign to secure the library and manuscripts, Pahad said the trust was not meant to be an advocacy group.

“Our responsibility was to put the building up,” he said.

Professor Shamil Jeppie, who heads the Timbuktu Manuscripts Project at UCT, is frustrated by the South African government’s reticence on the situation in Mali and its repercussions on the Timbuktu project. “So far, I have heard nothing from government,” he said.

For weeks Jeppie had been receiving daily updates from locals in Timbuktu about the situation on the ground and the efforts taken to protect other collections of manuscripts. “I’m unable to reach my contacts now,” he said. “They all seem to have left the site.”

For Jeppie the radio silence from Timbuktu is particularly worrying. “I am receiving the impression of a deserted city,” he said. “The entire city is a United Nations heritage site. We are set to lose a lot either through conflict or sheer neglect.”

Jeppie is vexed by concerns for the fate of the South African-constructed building alone. “You can’t be obsessed with the building,” he said.

He points out that the manuscripts are actually a set of diverse collections – South Africa’s investment lies in the main collection but a number of other collections have been housed privately in the city.

“We are worried about the mishandling of the documents,” Jeppie said.

“Too much movement may destroy the brittle paper, and  theft and abuse are also very real threats to the preservation of these collections.”

For Jeppie, the prospect of gleaning an entire written heritage of African life, culture and science has been imperilled. It’s the African Renaissance, a call to African scholarship that has been endangered in Timbuktu. In rebel hands, the fate of an entire history remains uncertain. For him, it’s crucial that the South African government intervenes in Mali to facilitate dialogue between the various sections of the Malian government and their insurgent opposition.

“If we are now saying that the current government is not interested we can ask, what kind of Africans are we then?” Jeppie says.

South Africa will be loath to throw its bulk around Mali – this after all is Ecowas (read Nigerian) territory, and we dare not irritate them again – not with weeks left until the African Union summit in Lilongwe.

But then a failure to protect Timbuktu will weigh heavily on the conscience of Ecowas and South Africa alike. This is not just about South African money, or ancient manuscripts, it is about the people to whom these manuscripts rightfully belong – the people of Timbuktu who have been forced to vacate the city to an uncertain fate. DM