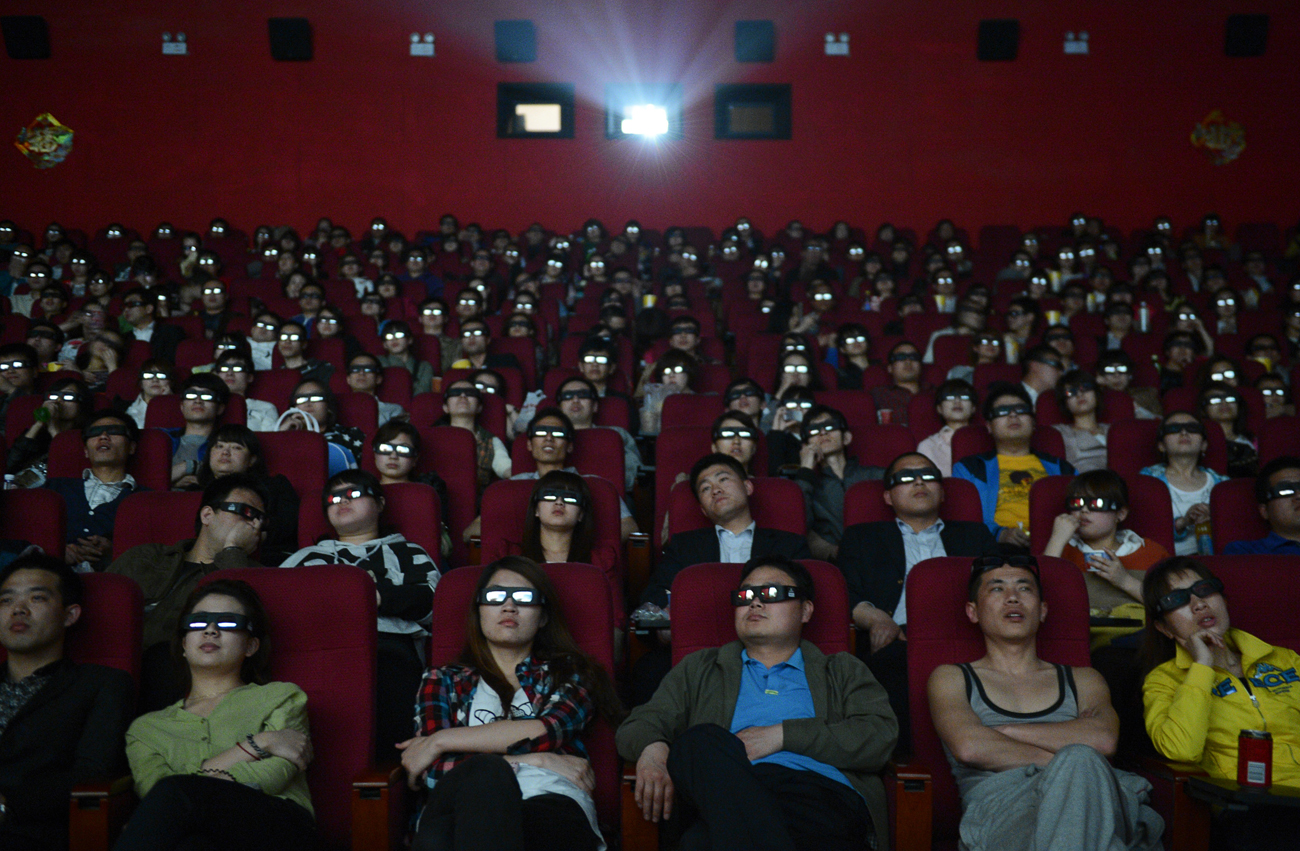 Wanna be a big shot film-maker in China? Do ya, punk? Meet Han Sanping, and think again. By RICHARD POPLAK.

Imagine you’re a Hollywood producer with a cracking, pulled-from-the-headlines film idea on your hands. A blind human rights lawyer, played by, let’s say, Hugh Jackman with a bang-up Mandarin accent, is kept under lock and key by brutal commie party authorities, led by Alan Rickman.

Under the cover of darkness, he escapes, and the world’s longest car chase ensues. The lawyer dodges massive explosions to make it into the US embassy, where the ambassador – Donald Sutherland – orders in Burger King, and spirits him to safety. And he bills $700 in Manhattan happily ever after.

If that sounds like a great idea – doesn’t it just? – and if you, said film dude, want to shoot it in China, you’ll have to go through a man The New York Times recently described as that country’s moviemaking “gatekeeper”.

Meet Han Sanping, head of the China Film Group, a fast-talking, jet-setting, Bruce-Willis-hanging-out-with super producer. This is the man who basically opens and closes doors for both locations and money in the newly gargantuan Chinese film market. What’s at stake? Not much, outside of tens of billions of dollars.

Take the recent re-release of James Cameron’s uber-smash Titanic, this time in 3-D. The film was a global blow-out hit, all in the days before Chinese film screens had opened up to Hollywood product. Most of the world was enthused by the Titanic with another dimension, but the Chinese were hysterical. Over $130-million later, James Cameron gets to buy another submarine, and Fox gets to buy an election. Indeed, the Chinese are paying to see movies. But it isn’t so easy to reach the market.

It can take Chinese censors almost a month to dutifully hack away at a film before it’s ready for local consumption. To get to those censors, the filmmaker or studio must go through Han. By all accounts, he’s the typical, smooth-babbling film bro, and while there is some talk of illicit funds changing hands, Hollywood has never been shy about wining and dining contracts into being – as it did when it “persuaded” New Zealand Prime Minister John Key to give it tax concessions in order to keep production of The Hobbit in that country.

What, then, is China Film Group? It’s the all-encompassing body that acts as a sort of  hybrid studio and censorship regulator – the institution that okays a movie, throws in the dough, and then mandates what that movie can and can’t be about. In other words, China Film is an organ of the state, a propaganda wing by any other name – and one thoroughly in bed with the Hollywood machine.

“Master Han,” as he is sometimes known, or “the godfather of the Chinese film industry” – apologies to Coppola – is the first word and the last word. He has produced, or helped produce, over 50 films, most notably The Karate Kid reboot starring Will Smith’s brood, and the recent smash Mission: Impossible III – Ghost Protocol.

If both films may have been partially shot in China, they were designed for a global market and took global sensitivities into consideration. In other words, these aren’t properly “American” films, any more than Rihanna makes “American” music. This is flat world entertainment product, and Chinese money is as good as any.

In February, Hollywood executives and lobbyists engaged in high-level conversations with the Chinese in order to secure wider and more frequent distribution possibilities for Hollywood films, and a means to keep a greater measure of the box office receipts. (The Chinese were keeping a big chunk of the ticket revenue, referred to in the industry as the house-nut.)

The recent global hit The Avengers, by Marvel and Walt Disney Studios, is relying on China to push global grosses above at least a billion, if not more. The real question is not whether Chinese producers are being bribed – what is a “bribe” in the film industry? – but how compromised a script must be to get through Master Han’s propagandist hands.

Which great Hollywood films of yore would be accepted by today’s Chinese censors? The answer is simple: not many. Instead, by offering funding, the Chinese get to control cultural product at the source. Instead of cultivating the expertise to export culture, they’re buying the right to import dead commercial entertainment.

So how about that film about the blind lawyer? Well, it’ll need some changes. For one thing, he’s only pretending to be blind. For another, he’s on the take – and the only people who can stop him before he gets to nuke the mullahs is a Chinese cop, played by Robert Downey Jr, and his wacky American sidekick, played by Zach Galiafinakis. He’s blown up by a Patriot missile before he can make it to the embassy, but not before Downey Jr saves his gorgeous Chinese sex slave, played by Scarlett Johannsen.

Cut. Print. We’ll see you at the premiere in Beijing. DM