Helen Zille shoots Cosatu out the water in ANC’s backyard 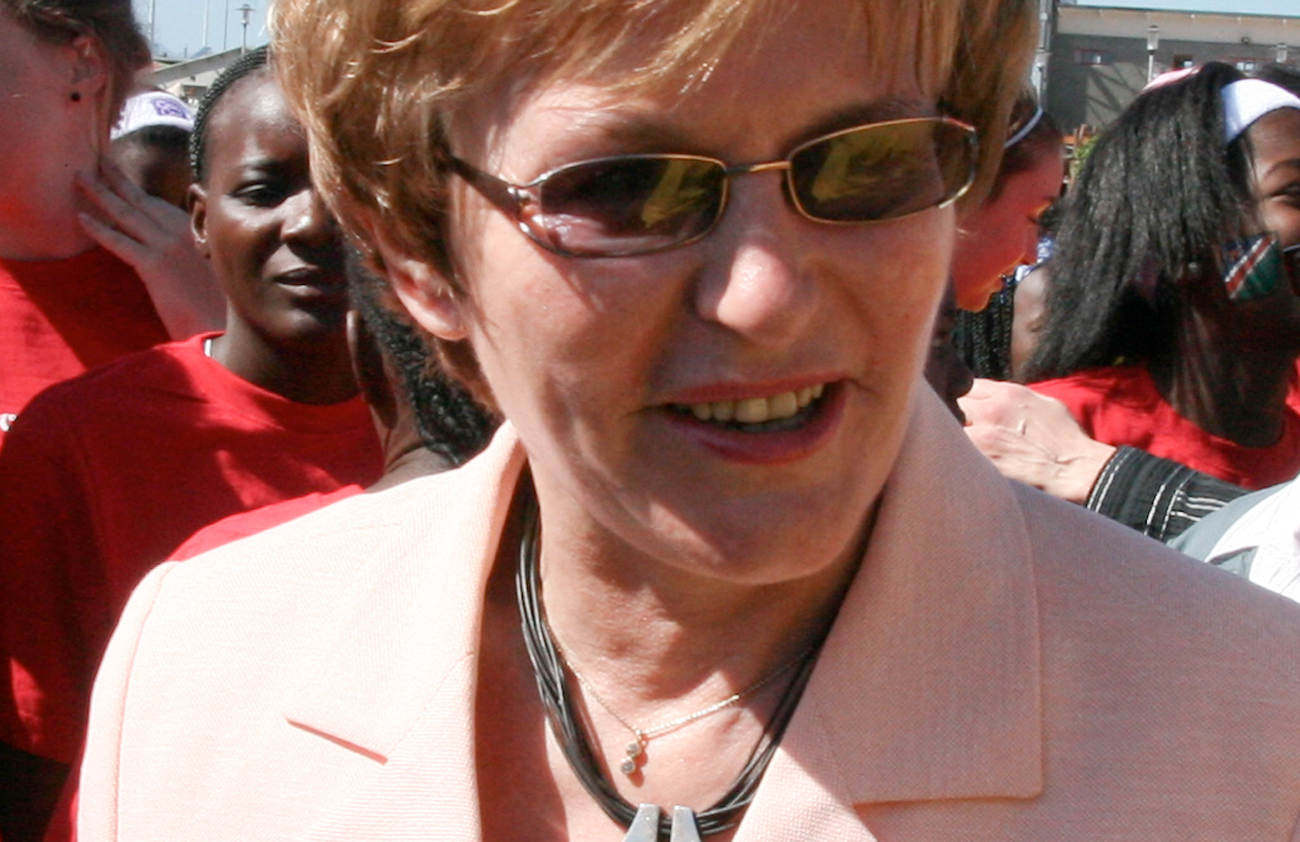 At a Workers’ Day rally organised by the Democratic Alliance in Midvaal, party boss Helen Zille laid the blame for South Africa’s continued unemployment disaster squarely at the feet of Cosatu. That this speech happened right there is not insignificant – the Midvaal municipality is blue, and there is nothing the ANC can do. By SIPHO HLONGWANE.

DA leader Helen Zille believes the main thing standing between us and meaningful gains against unemployment is Cosatu, South Africa’s largest trade union federation and major political player. Speaking at a Workers’ Day rally in Midvaal, south of Johannesburg, she characterised the union’s stance as outmoded and only interested in serving the interests of its membership and not the community at large.

“Cosatu, which played such a pivotal role in creating South Africa’s democracy, runs the risk of being left behind if it remains stuck in the 1950s British model of hostile central bargaining between ‘bosses and workers’,” said Zille.

“Tragically, Cosatu (alone among the trade union federations) is working against the interests of the unemployed, keeping them permanently locked out, and stalling the effort to bring jobs, redress and reconciliation to our society. ??“Now, more than ever, our nation needs a united, single-minded focus on creating jobs. Let us dedicate this Workers’ Day to those who do not yet work.”

The Western Cape premier was specifically referring to the Economic Development Partnership, which was launched in her province last week. It is a broad forum for representatives from business, labour, educational institutions, so-called social movements and non-government organisations to work together to remove obstacles to employment and work.

Cosatu has expressed a reluctance to join in. According to the federation’s Western Cape division, they weren’t consulted in time.

However, Zille interpreted the reluctance as an outright refusal to join the partnership.

“The lesson of our history has been that when we stand together, we can achieve anything. That is how we defeated apartheid. Now we must stand together to defeat unemployment,” she said. “It is sad that Cosatu was the only organisation that will not engage this process, and their members will lose out as a result.”

This criticism comes in the wake of the DA and Cosatu almost forming an alliance against the Gauteng Freeway Improvement Project (or e-tolls). The DA claimed it was initially invited to participate in mass demonstrations organised by Cosatu around the country, but the  invitation was later withdrawn. The party claims this is because some of the member unions can’t stomach the thought of joining the main opposition party in the country to fight on common interests.

However, Zille’s speech wasn’t all about how Cosatu is a great devil, blocking development. She also pointed out that the Midvaal municipality – the only one under DA control in the province of Gauteng – is going to see many economic development projects that will result in permanent jobs.

“We chose this site for our Workers’ Day rally today because very close to here, right across the road, there will soon be a massive development project that will create thousands of jobs. By this time next year building will have begun on a 300,000 square metre warehouse development. This enormous warehouse distribution centre will serve the entire southern Gauteng, but most importantly it will serve the country as it will create an estimated 700 new permanent jobs and many thousands of temporary jobs,” Zille said.

Of course, the other reason why the Midvaal municipality was chosen to deliver such a speech is that Gauteng is swiftly becoming the next battleground province between the ANC and the DA. Zille herself has earmarked the province as the next target of conquest. The election of a black leader in the province could make that goal achievable.

It is going to be a monumental task for the DA to win Gauteng in 2014. They need upward of one million extra votes to secure the province, and though the party bosses assure us that this is possible, the party has met with a fair amount of scepticism.

However, they do hold one massive ace – the Midvaal municipality is the best-run in the province. And the day elections stop being all about identity and start becoming about service delivery, the ANC will be in serious trouble. The ANC knows this very well, which is why the ruling party’s tone tends to slide into the gutter when it campaigns in Midvaal.

This is also a sign of the ANC’s wariness: if someone else swoops into Alexandria, Ramaphosaville, Diepsloot and other trouble spots in the country, and crucially does a far better job at governance, they’re screwed.
In the long term, the DA may come to wonder whether this engineered hostility between it and Cosatu hinders it as its ambitions lead it towards the Union Buildings. If that day ever comes, it will certainly not be Zille’s DA that will see it. The party will someday need Cosatu. But that day isn’t today. It still serves the DA very well to be perpetually outraged by everything the union federation does. DM