Benzion, the original Netanyahu, dead at 102 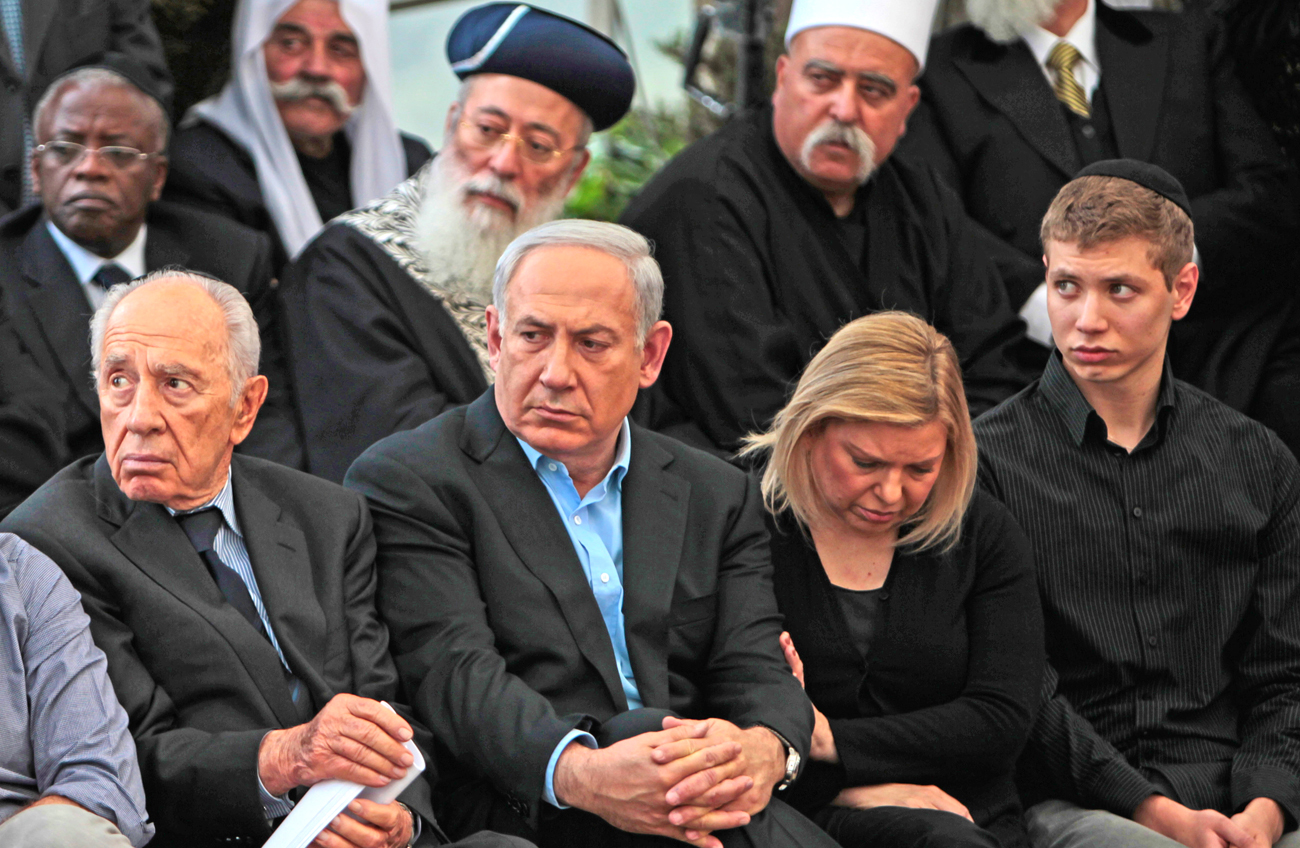 The prime minister of Israel’s father has died in Jerusalem. He was one of the most influential hard-right Zionists in the country’s history. If his son has been accused of believing nothing, then he believed everything – everything bleak. By RICHARD POPLAK.

Should you be forced to compare Benzion Netanyahu, patriarch of Revisionist Zionism and the father of Israeli Prime Minister Benjamin Netanyahu, to a literary figure, you would be wise to choose Cormac McCarthy. Unsmiling, unwavering – a pitch black sensibility that doesn’t look for redemption so much as turn from it.

“When the lambs is lost in the mountain, he said. They is cry. Sometime come the mother. Sometime the wolf,” wrote McCarthy in Blood Meridian. But we know better. Always the wolf.

And who was the wolf, in Benzion’s view? Everyone, of course. But specifically the Arabs, to whom the Israelis are preternaturally, and eternally, babes in the woods. His worldview was harsh, so unremittingly bleak, that his secularism rounds the corner and becomes biblically unforgiving.

Yitzkhak Shamir once said of Benjamin (Bibi), “I don’t believe that he believes in anything.” The same could not be said of his father. That he didn’t believe in anything good, that he believed in negatives rather than positives – that he saw the world in terms of darkness rather than light – makes him either a pragmatist or pessimist, depending on your point of view.

But Benzion believed that Jews were targeted as a race, not as a religion, and that the Jewish people – callow, apolitical, weak, blind – are too foolish to see it. Inherent in the Jewish tradition of rationalism was a rancid streak of relativism, a disease that fooled Jews into thinking that other cultural perspectives were meaningful. Liberal Judaism, the American intellectual left that dovetailed with the Israeli intellectual left, was thoroughly bankrupt—it sought the rational in the Arab outlook, and found only the relative.

But to Benzion, the world’s default position was that Jews didn’t belong. While the Jewish establishment oohed and ahhed over Iranian President Ahmanedijad’s Holocaust denialism and his threats to “wipe Israel off the map”, Benzion saw this as normal, status quo.

Every Israeli political position should start from there, every political act should try to forestall that eventuality. Through such a lens, peace is not just impossible, it shouldn’t be pursued in the first place. A proper understanding of Jewish history, in Benzion’s opinion, was a continuum of holocausts perpetrated by a series of regimes and leaders who led during times of great trouble and calamity. If the continuum seems broken today, that’s because we have forfeited historical truth and misunderstood the lay of the land.

Benzion was rigorous and unbending about what he saw coming down the pipe. Fifteen years ago, he predicted a wave of change that would sweep through the Arab world, rattling established power relationships and placing Israel in a difficult position. He predicted an Iran that would rise as an existential threat to Israel, and to the United States as well. His was a consciousness that brooked no room for hope. He was very, very Jewish.

He was born in Warsaw, Poland, in 1910. But by 1920 he was living in Mandate Palestine (his father was a Zionist activist.) He studied as a teacher and then at the Hebrew university of Jerusalem. The family adopted the Hebrew name Netanyahu – gift from God.

He was never an establishment figure, and during his studies was attracted to the Revisionist Zionist movement. He had no illusions about what was going to happen in Europe – by 1944 he was Ze’ev Jabotinsky’s aid in New York, and warning all who would listen about what was about to come.

He studied for his PhD at Dropsie University in Philadelphia, he lobbied for a Greater Israel that stretched across Jordan and encompassed the Sinai. He returned to Israel in 1949 and tried to jumpstart a political career, which failed.

Instead, he edited the Encyclopaedia Judaica and was paid “the highest salary in Jerusalem”. (Not as impressive as it sounds in those days.) But his scholarly credentials come from his work The Origins of the Inquisitions in Fifteenth Century Spain, a staggering work of historical revisionism that posits that the Jews in Spain who converted to Catholicism (conversos) were not practising their original faith in secret, but were persecuted nonetheless.

He considered the notion of the converso bobbing to the amidah (the central prayer in the Jewish liturgy) in secret as  romantic tomfoolery. If that’s the case, the implications are obvious: Jews were hounded as a race, not as a religion. And if history is a litany, a chain of similar systematic persecutions – if the line is unbroken – then anti-Semitism has nothing to do with how Jews pray, but who they are.

He gave one of his sons to the struggle – Yonatan was the lone Israeli Special Forces casualty during the Entebbe raid in 1976. He gave another to politics – Bibi, the rightest of the rightests.

As Ari Shavit in Ha’aretz wrote, “Benzion Netanyahu, who died before dawn on Monday at age 102, loved the Jewish people, but didn’t have much faith in the Jews. He thought they were like children who didn’t understand history and didn’t know how to shape history.” Photo: Israeli Prime Minister Benjamin Netanyahu (C) with his wife Sara and their son Yair (R) along with President Shimon Peres (L) attend the funeral ceremony for Netanyahu’s father Benzion Netanyahu in Jerusalem on 30 April 2012. Benzion Netanyahu, 102, was a renowned professor of medieval Jewish history, an expert on anti-Semitism and a supporter of the late hawkish Zionist ideologue Zeev Jabotinsky. REUTERS/Ammar Awad.