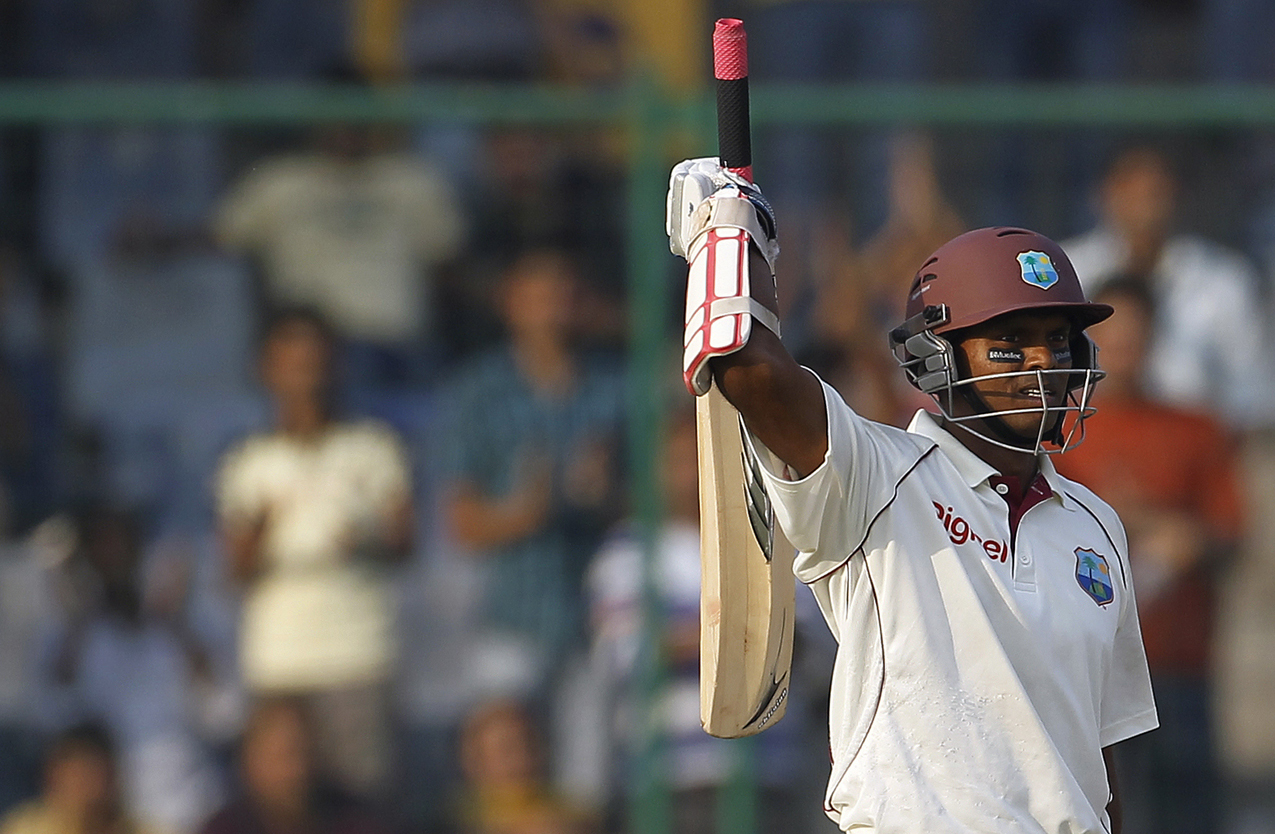 It’s taken him almost 10 years, but Shivnarine Chanderpaul has reached the 10,000 club. He’s been a soldier for the West Indies, relentlessly dedicated to a losing cause with an unorthodox stance. ANT SIMS pays homage to an oft-unsung hero of West Indies cricket.

Shivnarine Chanderpaul is only the 10th player in the history of cricket to have made 10,000 runs.  To say that he’s been a joy to watch would be a lie, since most would have been asleep through half of his innings, but he certainly has been force to be reckoned with. A mystery in his own way, Chanderpaul is the guy who is always at the party, standing in the corner and observing what everybody is doing. He’s watching everybody’s move, once in a while he might motion to the waiter to bring him another dry martini to sip on for three hours, but he never speaks and never gets swept up in over-indulgence.

Never has there been one cricketer so relentlessly dedicated to a losing cause as Chanderpaul has in serving the West Indies. Whether his side were two down, three down or nine down, Shiv would soldier on. Often accused of being selfish and playing for himself, he has refuted those claims on many occasions when runs would flow from his bat in gleeful abundance, like the 71 off 68 he scored against Australia in Sydney back in 1996 or the 100 off 72 against Australia in Georgetown in 2003, a knock which came when the West Indies were in dire straits and only a sixth-wicket partnership between Chanders and Ridley Jacobs spared some of the hosts’ blushes. And who could forget his 118 off 276 – he was struck down by a bouncer from Brett Lee when he was on 86, but stood up and carried on in yet another losing cause.

Adaptable as he is, he’s never changed his approach. He’s not changed to worm his way into T20 mould in an attempt to cash in on lucrative hit-and-giggle leagues around the world. While many of his contemporaries have traded the maroon cap for glitz and glam, Chanderpaul has stuck with what he’s always known. Wearing down his opponents as he watchfully guards his wicket as if it were a precious commodity. He’s spent hours at the crease, 1,000 minutes at a time without coming unstuck. One day, when all West Indies players have rebelled against their board and abandoned the maroon cap, chances are Chanderpaul will still be out there, playing a Test match by himself while plodding along on a Zimmerframe.

Chanderpaul has kept us charmed without the flash and the flair which so often lead batsmen to grab the headlines. He doesn’t possess the swagger of Vivian Richards, Brian Lara or even Chris Gayle.  His style is awkward, cringe-worthy, even. Watch his front on stance makes you want to tilt your head when you watch him, just so that it would seem somewhat natural.

But there’s method to his stance madness. When he was a boy, Chanderpaul would practice batting by having concrete blocks hurled at him. The only way he could defend himself, was by facing them front on and fending them off. When he was eight years old, Chanderpaul spent his days on a bumpy strip in Unity Village where the local men would show up to hurl blocks of concrete at him. Covered in bruises, he’d do it again the next day because he thought his father’s method of training was to toughen him up and he daren’t complain.  Chanderpaul tried to change his stance during the years, but said he kept on falling over when facing side on.

In his younger years, he was consumed by cricket. He lived right next to a cricket pitch and would often skip class to practice. Chanderpaul and his father would spend hours practicing to defend deliveries on different surfaces. A compressed rubber ball on the sand near the water’s edge on the beach to fight off pace and on concrete to fight the bounce.  Now, almost 30 years later, those concrete blocks seem prophetic, because Shiv has become concrete.

His crab-like stance almost a physical manifestation of his ability to not get out. Out of his 238 Test innings, Chanderpaul has been unbeaten 38 times.  He’s averaged 66.38 (in 39 matches) since Brian Lara retired in 2006, he averages 50.57 against Australia, 65.74 against India and 50.59 against South Africa. He’s never been out stumped and he’s never picked up a pair in Tests. An admirable record, to say the least.

We could learn a lot from his simple motto: “If it’s fine, block it; if it’s fat, knock it and take yer time.” DM