Don’t grumble: The UK double dips and the markets get the willies 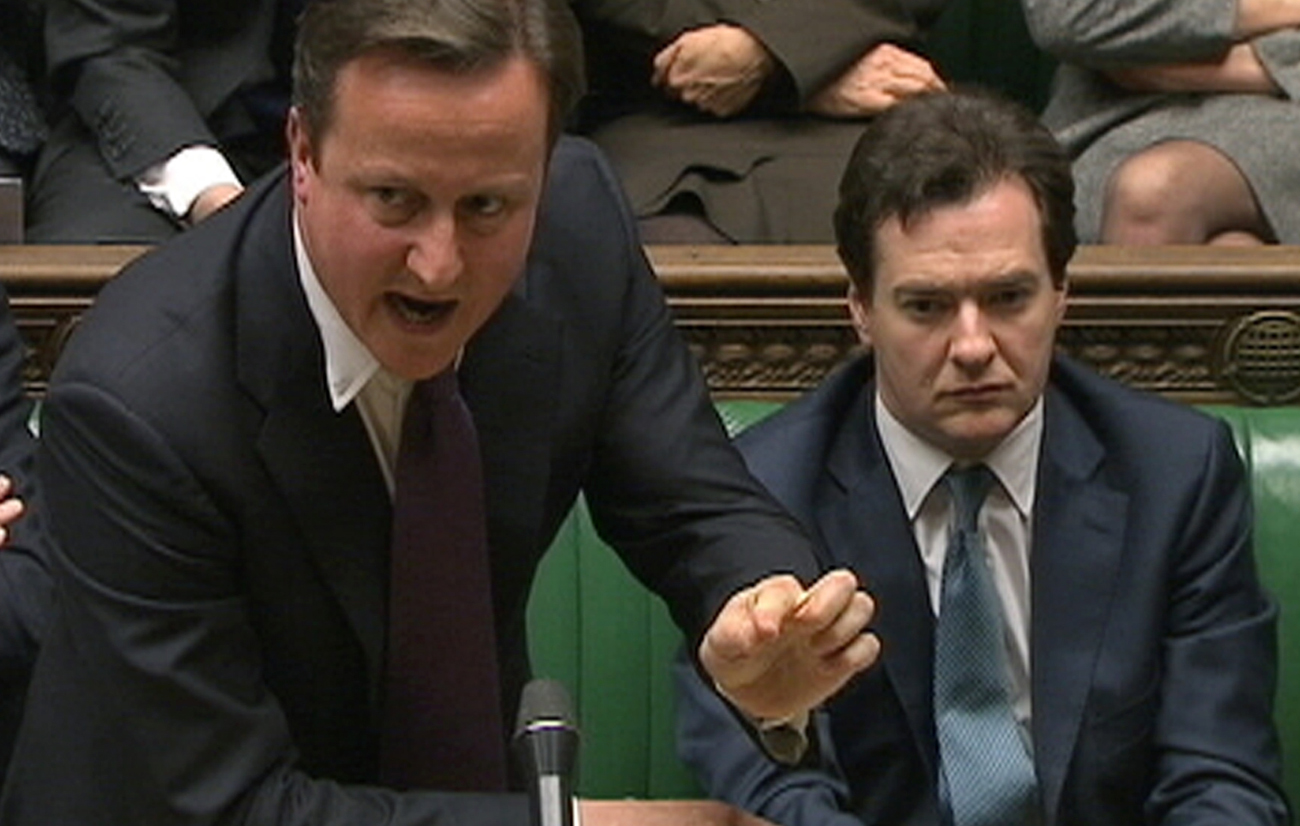 The wonks are calling it the worst economic recovery in Britain for a century. (Remember Churchill’s return to the Gold Standard? Neither do we.) So, Old Blighty is officially in the recession we all unofficially knew it was in. Cue market turmoil and “uncertainty”. And a loud case of the “duhs”. By RICHARD POPLAK.

The papers that will be used to wrap tomorrow night’s fish and chips will be calling the latest economic data from Britain “unexpected”. The real question is, of course, who exactly was so dulled by the coming jubilee that they didn’t see this on the horizon?

The signs were everywhere and no one in Britain, outside of certain insulated circles in the City or on Downing Street, would for a second say that things were on the mend. The Poles flooded home to better economic climes, and Blighty sank further into economic ignominy.

Yesterday, the bad news hit. Britain is in a double dip recession, the first since the 1970s. According to the Office of National Statistics, the GDP shrivelled by 0,2% between January and March of this year, following a 0,3% contraction in the last quarter of 2011. A recession is defined as two consecutive quarters of declining GDP, so this certainly fits the bill.

“It’s a very tough economic situation,” said a pale yet unchastened Chancellor George Osborne. “It’s taking longer than anyone hoped to recover from the biggest debt crisis of our lifetime. The one thing that would make the situation even worse would be to abandon our credible plan and deliberately add more borrowing and even more debt.”

By “credible plan”, Osborne means the austerity measures that have been instituted since the Tories, along with Nick Clegg and his Liberal Democrats, were voted into power in 2010. Tony Blair and Gordon Brown’s years of spending money the country didn’t have – which ended in 2008 when Britain’s economy retracted an astonishing 7,1% – was met with the opposite: a measure of bulldoggish restraint, of cutting back, of being resolutely British. The neo-bread and drippings years.

A swing from spend-it-like-we-stole-it-loucheness to buttoned-up-Presbyterian-self-abnegation, this is what counts for good economic sense these days. If New Labour were big government spendthrifts who didn’t know a programme they wouldn’t endorse, then the new coalition would be the British of yore, who tightened their belts when they bloody well needed too, and took it on the chin for queen and country.

You’ll note that all of this has a cultural, if not a religious context. None of it makes sound economic sense. Just because Labour screwed up by spending wildly doesn’t mean the Tories will clean up the mess by not-spending wildly. They had a mandate and they chose a route that only the most conservative of economists suggested. Get rid of the debt, they were ordered. Balance the books. And so they did.

New York Times columnist Paul Krugman could bore an economy out of recession, but what he preaches is common sense (backed up by rigidly researched data, I should add.) Of course Britain needed to be cleaned up, it’s government spending reconfigured, its social contract torn up and written for a new generation (the worst of which can no longer be schlepped off in leaky ships to found Australia).

But by threatening to kill gobs of government spending (the cutting of which hasn’t really begun yet), and by taxing the crap out of its beleaguered, hoody-wearing citizenry, David Cameron and company have stifled any hope of meaningful growth. What were they expecting? How was this unexpected? Shock the system by draining it of money and then get a shock when the system is thoroughly drained? This is the dictionary definition of a “crash diet”. Be my guest, ask the next fat person you see about crash dieting.

The double dip is being blamed on the construction sector, notoriously finicky, and notoriously subject to revision. This is a known known, one the government could have headed off at the start in a number of ways (tax breaks for building, tax holds for building, et cetera). And the dip is indeed slight: we’re not talking 7% here. Nonetheless, Britain finds itself not so much in an economic crisis – it’s merely very screwed up – but in a crisis of leadership.

What the coalition needed to do was hit the pedal and the brakes in correct measures. They needed to dismiss the nonsense that a “shock” would correct the markets and lead to bigger growth. They needed to get rid of the idea that pumping money into the system to stimulate it approached a good idea (quantitative easing: God’s greatest euphemism), and they needed a second opinion.

It wouldn’t matter to South Africans if the global economy wasn’t so utterly, irrevocably linked. The Brits would eat beans for tea and we’d braai with impunity. But while you eat your bacon and eggs this morning, watch your net worth hit the toilet. And feel thankful that, for the time being, you can afford a slap-up English breakfast. Only a very few in Britain can. DM Photo: Britain’s Prime Minister David Cameron (C) is flanked by Chancellor of the Exchequer George Osborne (R) and Leader of the House of Commons George Young during a parliamentary debate on last week’s European Union summit, in London on 12 December 2011. REUTERS/Parbul TV via Reuters TV.

Budget underspending: A case of austerity by stealth?