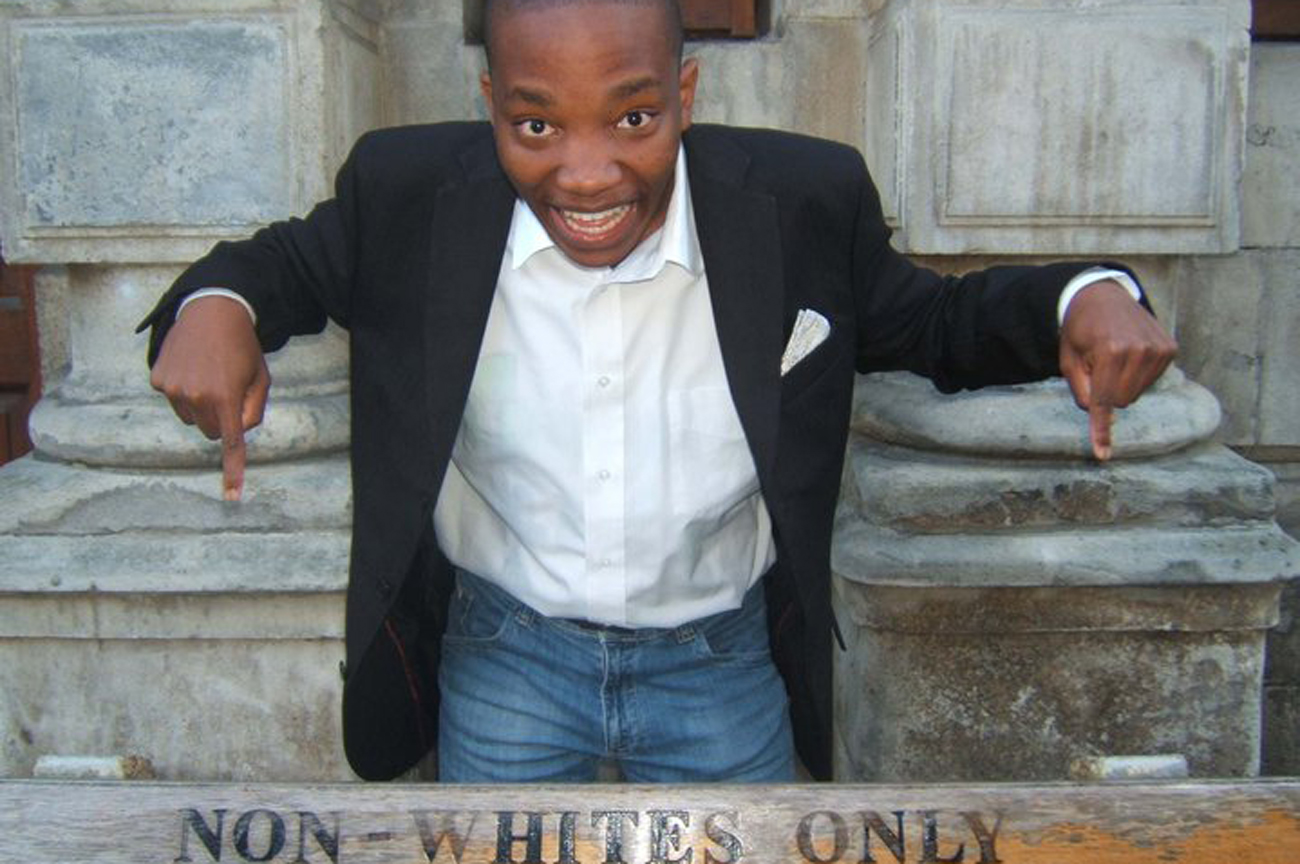 Sibusiso Tshabalala is a name you’re likely to hear more of in the future. Selected by Google as one of 10 young people who are changing the world, Tshabalala is teaching the power of critical thinking to school children in Bloemfontein. The good news is that when he’s finished his law degree, this rational-thinking social activist plans to go into politics. By MANDY DE WAAL.

Away from the headlines, the noisy and energy-sapping discourse about political youth leaders and whether they’re in or out of the ruling party, you’ll find an emerging leader called Sibusiso Tshabalala who’s teaching youngsters debating skills, literacy and critical thinking.

“If there is one thing that is seriously missing in our curriculum, it is some form of education around logic,” says 20-year-old Tshabalala, who works with the Inqubela Foundation to teach people how to form arguments, break down other people’s faulty logic and the importance of good debate.

“Only a few people participate in the public discourse in our country. I think that if we had something in our curriculum which showed people how to be active participants in their own communities, how to think logically, to think critically and to be present in the discourse it would do our democracy a favour in many ways.”

Tshabalala’s spot-on, of course: logic, good reasoning and critical thinking is sorely absent from the political discourse which leads much of the social agenda and public debate. South Africa is a country where people who publicly voice opinions critical of government or the ruling party are often chastised, vilified or shamed.

Together with the Inqubela Foundation, Tshabalala has created the Afrika Kusoma Literacy Initiative, which is all about ensuring young people become active participants in public discourse and promote literacy and critical thinking in illiterate communities. The initiative has a strong focus on enabling young people through debating and public speaking, and gives school-going pupils the tools required to participate in public discourse.

“We work with four schools and run workshops on how you find your own voice, how to have your own opinion, what an opinion actually is, and how to construct an argument from your own vantage point,” says Tshabalala.

“Part of what we do is encouraging an element of solutions-based thinking. If there is anything that is happening in the community, a problem that bothers, we teach the learners to identify what it is and to think about how the problem can be solved…what they can do to achieve a solution. The underlying goal here is to lead people to action. What that action is, people in their own communities will decide on.”

Although he’s not making local news headlines just yet, Tshabalala might be very soon. He’s been chosen by Google as one of 10 people around the globe between the ages of 18 and 24 who is exceptional, inspiring and doing something to change the world. An annual youth challenge run by the world’s information giant, the Google competition is called Zeitgeist Young Minds.

This means Tshabalala will be invited to Google’s Zeitgeist Conference, which takes place in London in May. The conference is an exclusive three-day gathering where hundreds of influential business leaders and visionaries from around the world come together to share perspectives on global issues.

The speakers’ list is supposed to be hush-hush, but Forbes has a “leaked” document which includes speakers like billionaire Richard Branson, physicist Stephen Hawking, ex US president Bill Clinton, Google’s executive chair Eric Schmidt, pop star Annie Lennox, and punk designer Dame Vivienne Westwood. Other speakers include an Olympic rower, a former French foreign minister as well as editors from BBC, Al-Jazeera and the like.

London’s a hell of a long way from South Africa’s Vaal Triangle, where Tshabalala was born. He went to boarding school in Welkom, and then went to university at the University of the Free State in Bloemfontein, where he’s in his final year of B.Com (Law) before completing his LLB.

“I was raised by my grandmother and my mom, and both of them are teachers. My grandmother always had a strong understanding of how important social work is, and the role that you must play in any of the communities you live in.

“She is a teacher who retired in 1996, but from 2000 to 2005 she was a community social worker in Virginia, about 30km from Welkom,” says Tshabalala, adding that his family has always been defined by a strong culture of social outreach and active leaderships. “This, in a way, has shaped my own experiences and is why I involve myself in what I do.”

“I think that I understand my role as a young person in a young democracy, a person that has had opportunities that other people haven’t. This puts me in a position where I feel that I am obliged to act, given the circumstances that we find ourselves in as a country.”

How did he grow up to value critical thinking? “I’ve always been very inquisitive,” he says. “As a child I would always question things, even some of the random stuff and I would try to negotiate my way out of doing chores. Much of how I think was simulated by my own initiative because I read a lot as a child. I was one of those weird kids who didn’t really play much outside. While everyone else was playing, I’d find a book to read.”

He remembers that he always had a penchant for doing things on his own and would rather go his own way than follow the crowd. “I remember that I had my first library card at the age of eight, and I would occasionally visit the library on my own and take out books. Sometimes I wouldn’t return them, and they would phone my mother and ask her to bring them back.”

“I think my love for critical thinking comes from being inquisitive, but also being willing to learn,” he says, adding that one’s thinking is largely influenced by what you know or what you perceive to be true.

“You should always subject your thinking to criticism, scrutiny and change. You constantly need to find ways to reinvent yourself,” says Sibusiso Tshabalala, who plans on going into politics when he finishes his law degree.

That is not entirely surprising. What’s more, should people like this bright young man grow up to become our future political leaders, perhaps there is a chance for this country. DM Photo: Sibusiso Tshabalala is teaching the power of critical thinking to school children in Bloemfontein.