Harlem Quartet: The soft power of two violins, a viola...

Harlem Quartet: The soft power of two violins, a viola and a cello 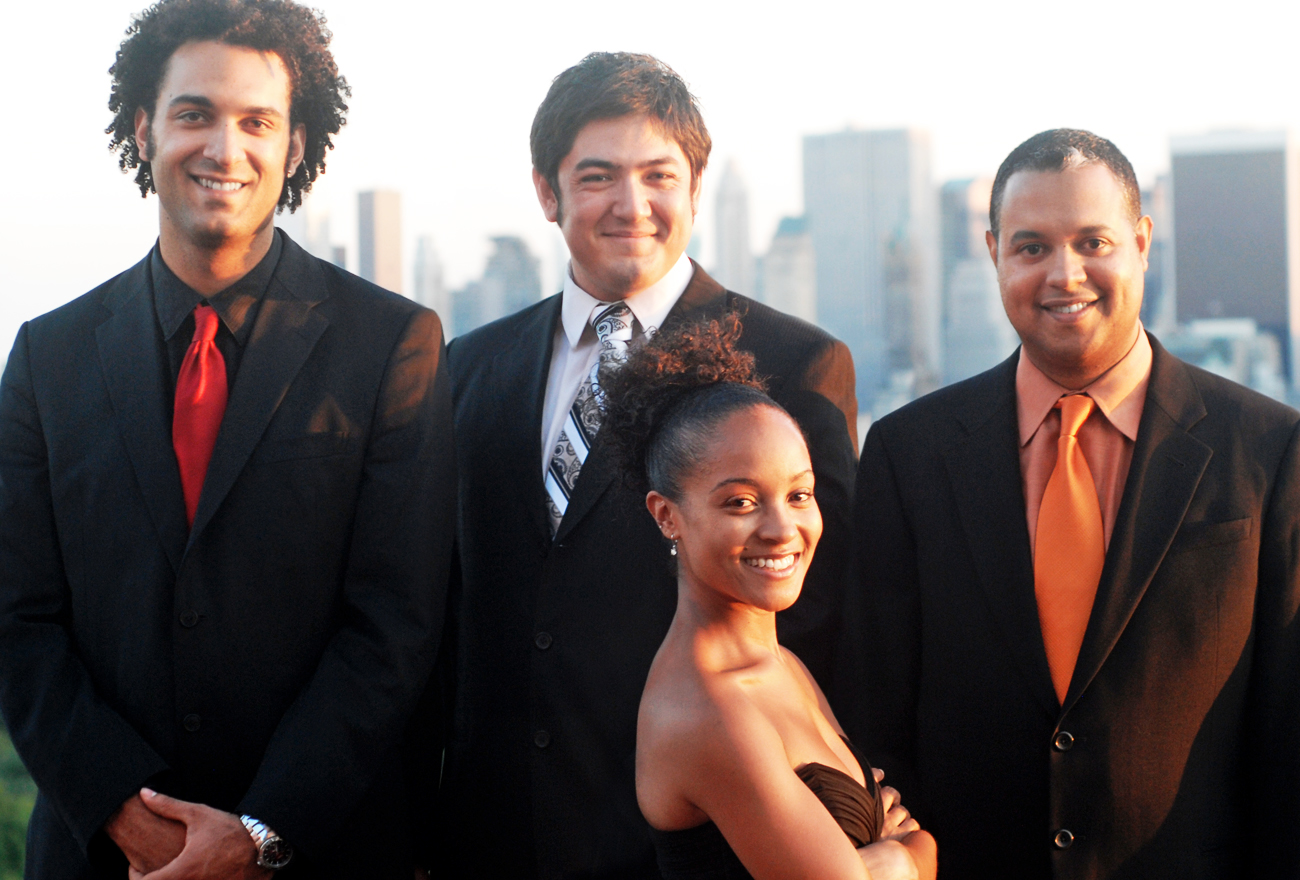 A small-scale but bursting-with-energy chamber ensemble, the quartet is the latest cultural exchange group visiting South Africa from America. J BROOKS SPECTOR spoke to the group after they performed for the students of Johannesburg’s National School for the Arts.

Say what you will about the half-forgotten Cold War, what with threats of global destruction and those eyeball-to-eyeball military confrontations over Berlin and the like, at least this East-West competition paid for some hefty cultural diplomacy as the Russians and Americans tried to outshine each other with travelling ballets, jazz and orchestral tours. And this was before Harvard professor Joseph Nye had even coined the term “soft power”.

Gone now are the resources – and political will – for a US government-funded Louis Armstrong big band tour through a half-dozen Eastern European nations, conductor Leonard Bernstein and the whole New York Philharmonic in concert in Leningrad, or a month-long odyssey by a 45-strong Martha Graham Dance Company tour through Southeast Asia.

Or, alternatively, tours by the Bolshoi Ballet in Japan’s major cities, accompanied by battalions of Japanese police keeping demonstrators – who were protesting the Russian occupation of those pinprick Northern Territories islands captured in the last days of World War II – away from the theatres.

Those were the days my friend, we thought they’d never ever end… except that they eventually did.

When I caught up with the musicians, they were in the midst of an informal recital, master class and workshop with students at Johannesburg’s National School for the Arts, the first stop of the group’s three-city tour in South Africa. The group is so informally attired they look more like roadies for a rock group than the beautifully talented classical chamber ensemble they are, and maybe that’s part of their charm.

The musicians say they are committed to engaging with young and new audiences. That is, people who have never dared to venture into one of those imposing temples to culture usually reserved used for classical music.

In the quartet’s short life, they have  played with musicians as varied as Itzhak Perlman, Misha Dichter, Eliot Fisk and the aforementioned Chick Corea and – this was a bit of a shocker – their first public concert was in New York City’s fabled Carnegie Hall. Oh, and in 2009 they had a gig in Barack Obama’s White House too.

Watch the Harlem Quartet perform Take The ‘A’ Train:

As the NSA students rush off to catch transport home across Johannesburg, the musicians take a moment to speak about their background, expectations and experiences.

How did they become musicians in the first place? Melissa White says she spent two years waylaying her parents to let her study the violin. Her first inspiration to become a musician had quite literally come after she saw violin prodigy Itzhak Perlman perform in an episode of the children’s television programme, Sesame Street. Cuban-born Ilmar Gavilan was coaxed by his parents to start the violin and he had a rigorous Russian teacher. Meanwhile, Paul Wiancho began to love the cello when his teacher first guided him into loving the music. The playing would follow. Growing up in Canada, Juan Miguel Hernandez attended a public school in Montreal that specialised in the arts and began via the Suzuki method for the viola, in between swimming, riding and circus school. Different routes.

Challenged as to what the critics have meant when they say the Harlem Quartet brings a fresh attitude to its music, the four musicians speak about their energy, a particularly positive energy. They explain they talk with their audiences and reach out to them as if they are in an intimate gathering with good friends. They add that they work hard to demonstrate their obvious enjoyment of what they are doing on stage. That, and the mix of jazz idioms and music, together with a serious attention to the exacting details of the classical standards they play. Maybe they bring some of the spontaneity of jazz to their classical performances as well.

Asked about South African music, they say they are intrigued about discovering contemporary classical music that has a genuine African flavour. They say they are very interested in finding out more about this music new to them. And they should be, too: there are riches here.

And why did they come to Africa? What do they think they are contributing? Boiled down to one word, it is “outreach”. Hernandez explains that reaching out to young students could be the turning point for some of them to aim for a life in music. And for student musicians already studying, the quartet’s members say they have a desire to show that classical music can be “cool”, it is much more expansive than just the stuffy stuff in a concert hall performed by old men wearing white ties and tails.

Hernandez adds – as the others nod in agreement – how much this opportunity links back to some of his other outreach experiences in places like Colombia, where music education is beginning to be modelled on the Venezuelan national systema music-training initiative. Sometimes they find themselves working with young students they first met years ago. This makes one feel really useful.

Gavilan says this is a key part of the stewardship of music all musicians must grasp. He explains: “The survival of classical music doesn’t depend on a few old rich people, but the ambassadorship by musicians that they must take on as a role for themselves, on behalf of a universal language that touches the deepest emotions.”

This reminds one of conductor Colin Davis’ insistence that orchestral outreach, open houses and hands-on introductions to the instruments for small children are the way to capture a young audience – otherwise, soon enough, there will be no audience left to play for.

We wind up our conversation on a lighter note, wondering how to make the very idea of concert-going “cooler” for would-be audiences: Should serious music concerts start to emulate sports events?  Should musicians allow audiences to applaud whenever they wish between the movements of a work? Should organizers even sell fast food in the aisles to help keep the audience in their seats?

Well, maybe not that latter idea, but by helping knock down the racial, class, economic barriers and snobbery that too often is married to this art form, the four members of the Harlem Quartet are contributing to the continuation of an art form they clearly love, whenever and wherever they perform. DM

In addition to additional master classes and workshops in Johannesburg, Cape Town and Durban, the Harlem Quartet has a public performance in Cape Town in association with the Hout Bay Music Project at the V&A Waterfront Amphitheatre, 30 April, starting at 14:30.