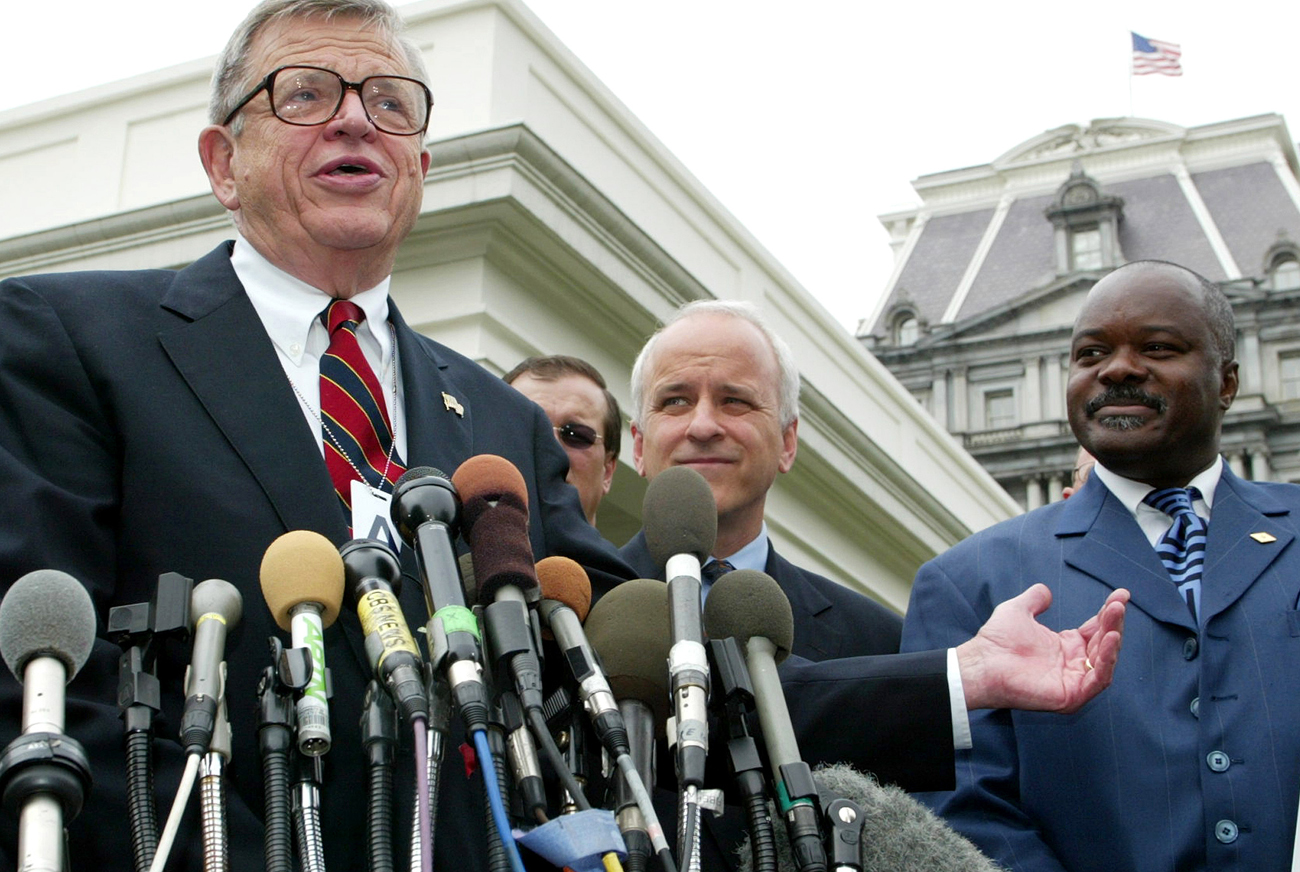 Charles Colson, the man behind much of the criminal activity managed from the Nixon White House, died on 21 April at the age of 80. He was a crucial part of the illegal entry into the Democratic Party’s national committee headquarters in a hotel/apartment/office complex in 1972 to steal documents and install wiretaps. The scandal became immortalised as Watergate. By J BROOKS SPECTOR.

On 17 June 1972, a night security guard foiled the Watergate break-in. Money to pay for the bail of those involved in the break-in was traced back to the White House and to the finances of the Richard Nixon re-election campaign. Eventually, these connections led to discoveries of yet more illegal activities and the sum total of these efforts finally drove Nixon from the presidency in 1974.

Colson eventually received a criminal conviction for his role in a break-in into the office of Daniel Ellsberg’s office. Ellsberg, a psychiatrist and increasingly disaffected young government staffer, had originally participated in preparing the so-called Pentagon Papers, a multi-volume, classified study of how the US had found itself mired in an endless war in Vietnam.

As part of his crisis of confidence, Ellsberg leaked much of the study to The New York Times. Colson pleaded guilty in 1974 to obstruction of justice in connection with these efforts to discredit Ellsberg, although charges that Colson had played a role in the actual burglary of Ellsberg’s office were dropped, as were charges related to the Watergate burglary and cover-up as well. Colson eventually served seven months in prison. After his release he went on to found a prison ministry organization, the Prison Fellowship. This grew into a body with programmes in 110 countries around the world.

Before he had even gone to prison, Colson said he had read CS Lewis’s Mere Christianity and, as a result of that, had pledged to become an evangelical Christian. Given his reputation, Colson’s many opponents sneered that his conversion was a phony one designed to win him a little sympathy.

Nevertheless, by 2005 Time magazine could describe Colson as one of the 25 most influential ministry organizers in the world. In 1983, he formalised his effort into the Justice Fellowship, designed to rehabilitate prisoners and bring about prison reforms such as better job training programmes.

A decade after the Justice Fellowship was founded, Colson reflected on his past, saying:

“I shudder to think of what I’d been if I had not gone to prison. Lying on the rotten floor of a cell, you know it’s not prosperity or pleasure that’s important, but the maturing of the soul.”

Before he had undergone his religious epiphany and become a committed fundamentalist Christian, he was probably the most feared White House staff member during Nixon’s time as president. Regarded as a smart and determined but vicious and unprincipled aide to Nixon, he had infamously said: “I would walk over my own grandmother if necessary” to get Nixon re-elected in 1972, a statement that characterised the hardball Colson loved to play in his position as Counsel to the President.

In 1972, The Washington Post called Colson “one of the most powerful presidential aides, variously described as a troubleshooter and as a ‘master of dirty tricks.’” Then, in 1973, just before the fall, Time magazine said Colson “was probably more disliked, as well as feared, than any other White House aide… If Colson actually performed half the various acts of which he has been accused, he was easily the least principled of all Nixon’s associates.”

Two years earlier, in 1971, Colson had been the chief author of the “enemies list” memo, enumerating Nixon’s major political critics and opponents that included a startling array of businessmen, members of Congress, journalists and even entertainers like Paul Newman. When the memorandum eventually became public, most of those listed in it – like Newman – publicly cited their inclusion as a badge of honour, example number one of Nixon’s growing paranoia and unfitness for the presidency.

Colson had compiled the Nixon administration’s famous list to identify public figures whose opposition the White House saw as actual threats to the survival of the republic by virtue of their opposition to the Vietnam War or other Nixon era policies. Such enemies, therefore, deserved to be spied upon, wiretapped or subjected to other forms of surveillance – and then have their lives disrupted via extremely aggressive tax audits and other forms of official intimidation and coercion.

In that same year, Nixon’s re-election committee had line-itemed a quarter of a million dollars for pro-active “intelligence gathering” on Democrats, an effort Colson set in motion even after it became clear that the Democratic candidate for the presidency in 1972 would be the increasingly hopeless South Dakota senator, George McGovern.

Colson picked one of his own aides, former CIA agent E Howard Hunt, to lead this attack with his group of operatives known as “the plumbers”. Hunt, in turn, recruited Gordon Liddy, a comic book-style, would-be spy and second-storey man along with James McCord, the re-election committee’s chief of security, to carry out the actual break-in, together with three others, including Cuban exiles still upset over the failure of the Bay of Pigs attack over a decade ago.

The larger story began to come to the surface at the plumbers’ bail hearing, when one of the burglars’ address books contained the entry and phone number: “H Hunt – WH”. Ultimately, this trail led back to Colson through the diligence of reporters like the Washington Post’s Bob Woodward and Carl Bernstein.

In this period of official paranoia, the illegal acts Colson and others pivotal to the White House’s leadership conducted led, ultimately, to America’s worst constitutional crisis, which led to Nixon’s resignation from the presidency on 9 August 1974 in the face of his almost certain impeachment.

Colson’s “take no prisoners” ethos epitomised the raw, angry politics of the Nixon White House in the midst of national anger and despair over a never-ending war across the Pacific in Vietnam. It was such an extraordinary, momentous period in American politics that, even without that extraordinary book and film, All the President’s Men, to fix memories forever, I remember it like it was only the other day. DM