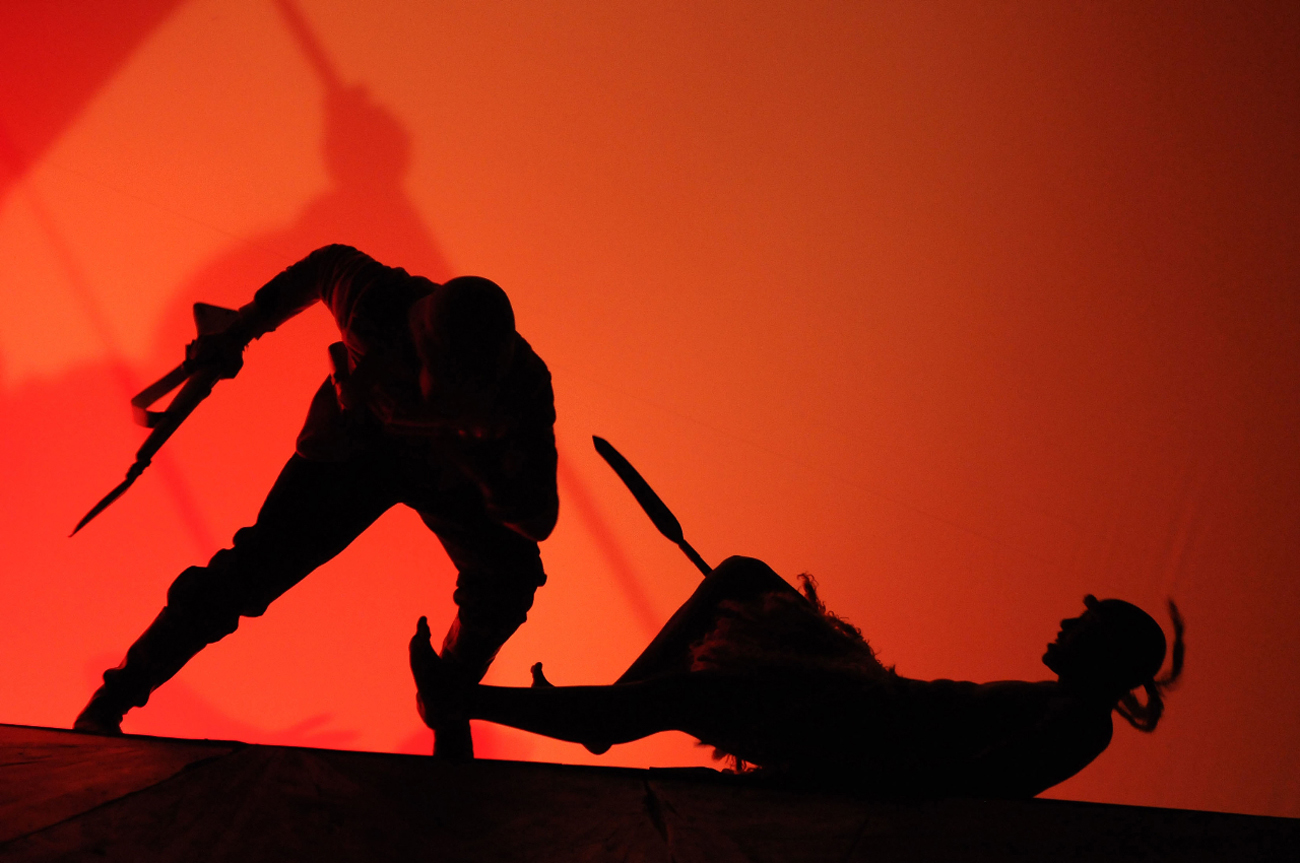 Fabulous acting, an evocative set and an even better script make Abnormal Loads – a dark comedy set in a rural Zulu town – one of those rare productions where even the ever-discerning LESLEY STONES can’t figure out which bit of it she liked best.

A new play crafted by young playwright Neil Coppen is one of those unusual plays where you walk out debating which part of it you enjoyed the most. It had to be the sassy young girl – what a little minx! Though surely Vincent the central character was better, he’s such a brilliantly funny deadpan actor. But maybe the creative script was the real star. Or perhaps the scenery, with a hill rising up from the stage and doused in evocative lighting.

Abnormal Loads is a production where so many elements contribute so perfectly that it feels like an experience, rather than just a play. Coppen’s script is a mixture of historical saga, love story and dark comedy set in a small town in the Zulu battlefields. The chief character is Vincent, a socially inept loner turning 30 with trepidation, and lamenting that 29 years have already passed with a whole lot of nothing having happened. That all changes when he meets Katrien Joubert, a 16-year-old wild child with an attitude and dreams that Vincent finds scary yet irresistible. Mothusi Magano is absolutely fabulous as Vincent. He narrates us through the story with a dry, wicked wit, and tries to cast off his loveably inept self to become a greater man. Jenna Dunster is frighteningly sharp as Katrien, perfectly capturing the cocky, cheeky attitude of a stifled and rebellious youngster. Coppen has made her impulsive and funny, common yet special, and Dunster brings her to life superbly. Under her guidance Vincent realises that he’s stuck in a small town with an increasingly bigger-dreams mentality. Allison Cassels is also magnificent as Moira Bashford Liversage, the irascible old grandmother who spends her time writing letters to the local newspaper and carefully manicuring the past. Moira acts as a tour guide for the battlefields of 1879, a clever theatrical tactic that lets her relate the tales of the past that are so heavily influencing the present. Moira has carefully adapted history to avoid tainting the character of her ancestors and to disguise the truth about Vincent, the grandson who is clearly black when she is lily white. He’s not so much black as “historically incorrect”, Vincent tells us with more of that delicious deadpan wit.

The dialogue bristles with humour and conflict as the engrossing story sees Vincent and Katrien develop a friendship that mimics a tragic love affair of the past. At times the action swings into a bygone era, with lovely period costumes adding to the authenticity. The set is imaginative and highly effective, at one stage using model buildings to ingeniously create the effect of a village in the valley. Lighting by Tina le Roux is equally imaginative, turning the hill built on the stage into a battlefield for dramatic re-enactments of the past.

Coppen not only wrote Abnormal Loads but also directed it along with Janna Ramos- Violante, and the result is a crisp, crackling show that enthrals and entertains. DM

Abnormal Loads runs at the Market Theatre until May 13.