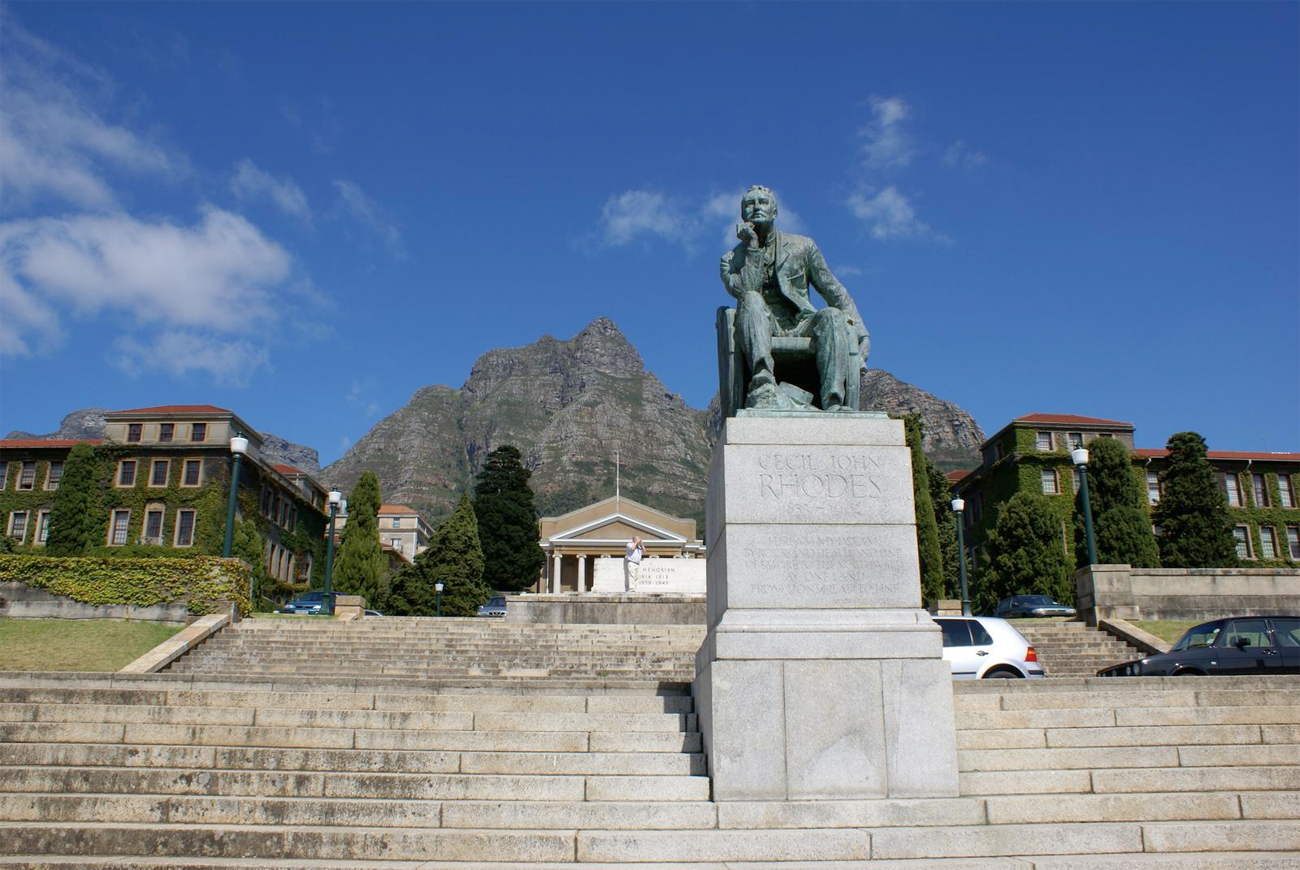 This week the University of Cape Town hit back at the ANC’s Marius Fransman’s claims that transformation at the institution is progressing too slowly. UCT says Fransman has his figures wrong. But what do the students feel about it all? REBECCA DAVIS attended Tuesday night’s public discussion, Is UCT Racist?

Just when the discussion about whether Cape Town was racist appeared to die down, along comes another accusation: its famous university is racist. But is it? This was the question on the table at Tuesday’s public forum, hosted by a student organisation called Conscious Conversations in collaboration with the university’s transformation office.

The forum came on the back of a set-to between UCT and the deputy minister of international relations and co-operation, Marius Fransman. At a speech delivered on 12 April, Fransman claimed: “Of approximately 25,000 students currently studying at UCT today, approximately 150 students matriculated from schools in Mitchells Plain, Khayelitsha, and Guguletu. This means that students in African and coloured townships in the Western Cape have 0.006% chance of getting into UCT.”

Fransman made some other questionable claims in his address, including that Cape Town was recently rated the most unequal place on earth.

UCT responded this week to set Fransman straight, although the true figure was very low too. The institution said, as of 2011, there were 243 first-year students at UCT from the city’s township high schools.

It also corrected Fransman on his claim that “Today the number of black students at UCT in some faculties is the lowest it has been in 20 years”. UCT said that 20 years ago it had 3,840 black students, while today it has 9,369 enrolled. “The student body is transforming, although at a slower pace than we would like,” UCT said.

This sentiment was echoed by the participants at Tuesday’s forum. The event was the third in an annual series launched in 2010 by Conscious Conversations, the brainchild of law student Mpumi Tshabalala.

Tshabalala told the Daily Maverick that she became conscious of what she perceived as racial tension on campus in 2009, and came up with the notion of a public discussion forum in conversation with her mother, who performs facilitation and diversity work.

All three forums have had the topic of race as their focus, but this year’s phrased the issue more explicitly by means of the title, Is UCT Racist?, a reference to the recent debates over the racism of the city which hosts the institution.

The purpose of the discussion, Tshabalala said, was to “make sure we are putting racial justice on the agenda and deepening it”. The group hopes to move from discussions about inequality to taking practical steps to address it. The core belief, though, is that conversations about race need to happen publicly and frequently, both as a form of catharsis for participants and in order to bring instances of racism out in the open.

“If we have to have the same dialogue year after year with different participants, so be it,” said Tshabalala, in reference to the quick turnover of the UCT student body. ”Since we started the forums in 2009, we’ve noticed a shift in… that we’re now seeing more introspection about personal roles within race, rather than just cross-racial encounters.”

During the “is Cape Town racist” debate, which raged for several weeks on social media, a frequent concern was the legitimacy of tarring an entire city with the “racist” brush. This issue was also apparent at Tuesday’s forum, where it was unclear whether the question for discussion was whether UCT was institutionally racist, or racist on an interpersonal level, or both.

The forum began with four representative students giving brief testimonies about their experiences at the university. A white male explained that he was shocked by racial divides on the campus, having thought that was something of the past. He thought issues of difference came down to culture, rather than race. He said he believed the race debate to be “essentially divisive” and that there were more important issues to worry about.

The second speaker was a black female who had come to UCT from a “disadvantaged school”, and been accepted to the university as part of their Extended Degree programme. This programme, to quote the UCT website, is “open to African, Chinese, Coloured and Indian South African students whose National Benchmark Test score(s) show that they have the potential to succeed, but who have not obtained the School-Leaving scores necessary for mainstream admission”.

The student said she found the university an intimidating environment, she felt inferior by virtue of her inclusion on the programme, and had been told by her adviser that her chances of failing were higher. “That was devastating to hear,” she said.

The third was a white female student who explained that she was disabled and felt that she had needed to work harder than able-bodied students at high school in order to prove herself. She went to a prestigious private school, where one of her closest friends was a black girl who studied under the “same teachers, with the same goals”. However, when it came time to apply for UCT, their entrance requirements were different. “That doesn’t sit right with me,” she said.

The final initial speaker was a male coloured student who recounted three anecdotes based on personal experience or observation of racism at UCT, all three occurring on a student-to-student level, and involving different races. “Is UCT racist?” he concluded. “Institutionally, it’s debatable. On a peer level, it exists.”

Thereafter, the floor was opened to the audience in the packed Hiddingh Hall to share their thoughts and experiences of racism at UCT. The tone quickly became emotional – indeed, this appeared to be the point, a group catharsis.

“We were made painfully aware that this university was not built for us,” said a black former student.

A black law student expressed her distress at not having “a single black female lawyer in the faculty who I can look up to.”

“If UCT is not racist, why is Cecil John Rhodes’s statue still there?” another student asked, to loud applause.

A recurring trope was frustration with young white South Africans who do not recognise their privilege, something described by a black student as “infuriating”. To illustrate the difference between experiences and assumptions, she said: “If I walk around UCT barefoot, people think I don’t own shoes.”

Another student asked: “How long are we going to sit in lectures and listen to white kids say that poor people are a burden to taxpayers?”

The issue of UCT’s race-based admissions policy came up repeatedly too. The university has a good history of robust public engagement on this issue. In February,  UCT invited the public to make written submissions to a commission convened to tackle the topic. One of the most vocal opponents of the policy was Daso, the DA Students Organisation, who said there is “no reason to remain with a race-based admissions policy”: students who attended the same well-resourced schools should be treated the same way during admissions considerations.

The black students who spoke at Tuesday’s forum, even those who admitted to personal privilege, were unanimous in their defence of the policy. “I am annoyed at having to defend the admissions policy to whites who don’t bother reading it,” one said, a statement which seemed to sum up the feelings of many who were present. “The transformation of society is constitutionally mandated,” another reminded the audience. “If you don’t have redress policies and merely left it to the market, inequalities would continue.”

As for the white participants who were present, they were alternately engaged in confessions of their own privilege or defending their race, particularly after a black student suggested that white people were “inherently racist”.

One white female lecturer confessed to a feeling of helplessness. “I am trying hard to make everyone feel welcome in my class,” she said, but “I’m not sure how I come across”.

Another white female expressed a similar sense of helplessness: “What do you want me to do?” she asked, a rhetorical question aimed at the black people present.

At the end of the event – which stretched on for a bruising two and a half hours – UCT’s Vice Chancellor Max Price was given the right of reply on behalf of the faculty. “We need these conversations,” Price said. He said he believed incidents of racism at UCT were “rare”, but he urged students to report them, saying that no action could be taken unless that happened.

Addressing the accusation that UCT was “elitist”, Price was sanguine. “UCT is an elite institution, and I don’t think that’s a problem,” he said. “I think that’s why most people come here, and good academic institutions are by definition elite.”

He pointed out UCT’s extensive financial aid system as evidence that attempts at transformation are taking place in good faith. In terms of racism on a micro interpersonal level, Price said he believed that “we can fight our psychology”.

One slightly questionable aspect of proceedings on Tuesday night was that a number of assertions were made by students and then live-tweeted to the world, ostensibly as fact. Among them, a student claimed it was an unofficial policy of UCT’s tutors not to award marks of over 70% to black students – something Price naturally denied.

Nonetheless, a tweet on the subject was already circulating speedily: “#IsUCTRacist Student confirms what used 2b a rumour: tutors get called in & interrogated when they give a black student over 70%”.

Daily Maverick asked Tshabalala for her thoughts on this. “It’s not about establishing whether it’s true or not,” she said. “Whether that’s factually correct is irrelevant. It’s about how people feel about racialised experiences on campus, and the interpretation is that (black) people feel themselves to be in a hostile environment.” DM Photo: “If UCT is not racist, why is Cecil John Rhodes’s statue still there?” was one statement put forward.