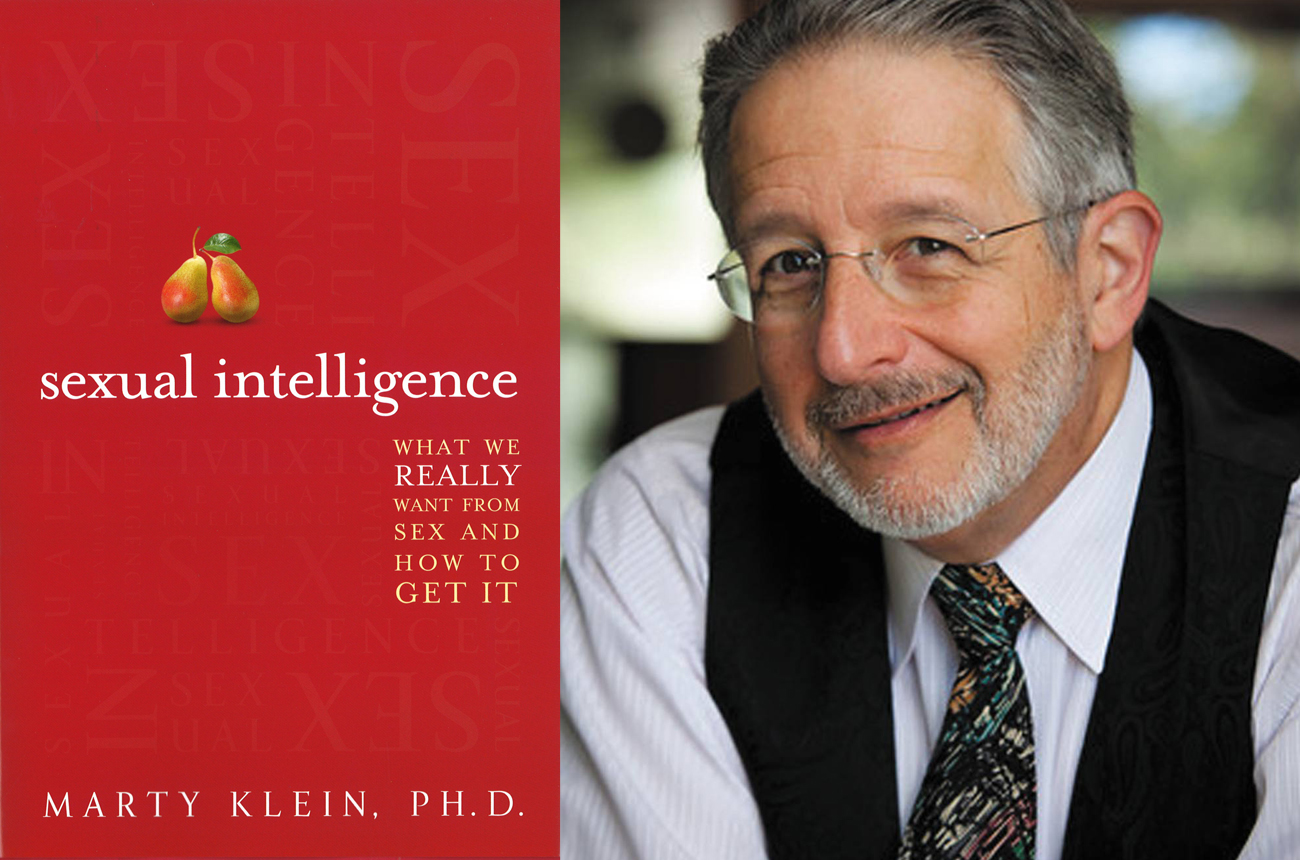 The land of the free and the home of the brave is witnessing a systematic attack on sexual liberties, says American sex therapist and public policy analyst, Dr Marty Klein. He believes that if this war isn’t fought, it will have a disastrous effect on secular pluralism in the US. We could do well to watch and learn. By MANDY DE WAAL.

“Most Americans do not want to discuss sexual issues rationally. Their sexuality poisoned by the culture, they just want their emotional pain taken away. To people afraid of sexuality, censorship looks attractive,” writes Dr Marty Klein in an article called Censorship and the Fear of Sexuality. “It appears to be a solution to the pain. This pain, this fear of sexuality, leads people to support censorship.”

Klein knows a lot about sexuality and people’s attitudes to sex. For the past 31 years he’s been a marriage counsellor, a psychotherapist and a sex therapist. He’s written a number of best-selling books including America’s War on Sex and his most recent, Sexual Intelligence. For the most part he deals with the guilt, shame and anxiety that social and political conditions exert on people’s sexuality.

“America is a funny country when it comes to sex,” says Klein. “Politically, America has taken enormous steps backward in the past 25 years around sexuality. We have fewer rights, there are more regulations, there’s less access to abortion than ever before. But in the bedroom there is much more sexual intelligence than before. People are more experimental, more communicative, and people are using lubricants and sex toys more than they have ever before, and this is having a huge impact on increasing sexual satisfaction.”

But despite lovers and spouses communicating more about sex, Klein says the US is going through a “dark age” in terms of sexuality. He believes conservative religion has to shoulder a lot of the blame for this. “Religion has had a dreadful impact on sexuality. In the US, religion tends to be very conservative around sexuality, and tends to be really toxic about limiting people’s pre-marital experiences, or attempting to limit the amount of information that people can get in public schools about sexuality. In America, religion is used as a means of preventing certain groups from having sexual rights, whether it is adolescents or gay people or other groups.”

Klein says that there is a real misunderstanding when it comes to religion and sexuality, and that conservative religious strains in the US tend to view sexuality as something risky that needs to be controlled. Or something dangerous that has to be repressed. “Organised religion in the US is at the forefront of the attempt to try to eliminate abortion from the US, and they have been extraordinarily successful. It really is quite shocking. They are going after contraception, and they are also going after emergency contraception,” he says on the phone.

In Reason TV interview Klein outlines his view on America’s onslaught against sexuality. “The war on sex is a comprehensive attack on sexual education, entertainment, expression, healthcare… And officials at each level of government, unfortunately, have a lot of discretion about how to pursue this war. America’s war is a comprehensive, well-coordinated attack by a large number of groups. Local, state and federal government, as well as morality groups, decency groups, right-wing media, and right-wing think tanks like the American Centre for Law and Justice.”

Klein says conservatives are setting the sexual agenda for everyone, and by so doing are limiting the freedoms of all people. “The war in one sense is a war to take away the rights that people actually have: to do things, to say things, to feel things that some people don’t think they have the right to do.”

Klein believes that the US has a schizophrenic relationship with sex. This love-hate connection is a see-saw that sees Americans becoming more radical in their bedrooms, but outside of the boudoir, they are vigorously doing whatever it takes to regulate the sexuality of others.

“I’m afraid that the war on sex is getting more intense and more comprehensive,” Klein says on Reason TV, a libertarian mouthpiece. “In the area of adult entertainment, for example, the Federal Government has handed down a series of indictments. It is unbelievable that in the United States, there are pictures and words that you can’t sell because the government decides that it is obscene. The whole concept of obscenity is obscene.”

What Klein stresses is that censorship is a slippery slope. “The right to watch South Park may eventually rely on the right to watch Butt Busters 3. All of this is connected. The regulation of sexuality is the gateway into undermining secular democracy. The undermining of sexuality is the gateway into using morality as the criterion for governance rather than secular pluralism.”

Klein remembers what the founder of Citizens Against Pornography, Richard Enrico, told him years ago about creeping control. Enrico said: “First we eliminate trash like Playboy, tomorrow filth like sex education and, eventually, abominations like homosexuality and birth control.”

The solution to fighting sexual repression and censorship, Klein believes, is by putting the subject of sexual fear on the table and getting people to confront it rather than using it to drive policy change and conservatism.

“We need to talk about the fear of sexuality, not only about civil liberties or facts. We need to empower people to identify and deal with their fear of sexuality, and remind them of their inner resources. It can be uncomfortable to listen to – upsetting, sad, boring. But the more we can help these people acknowledge their personal pain, the easier it will be for them to listen, and to see that their comfort lies in personal solutions rather than public policy ones,” writes Klein, whose final statement says it all: “Those of us who trust sexuality must not allow ourselves to be controlled by those who fear it.” DM