Of 'Scandi-crime' novels and Anders Breivik

Of ‘Scandi-crime’ novels and Anders Breivik 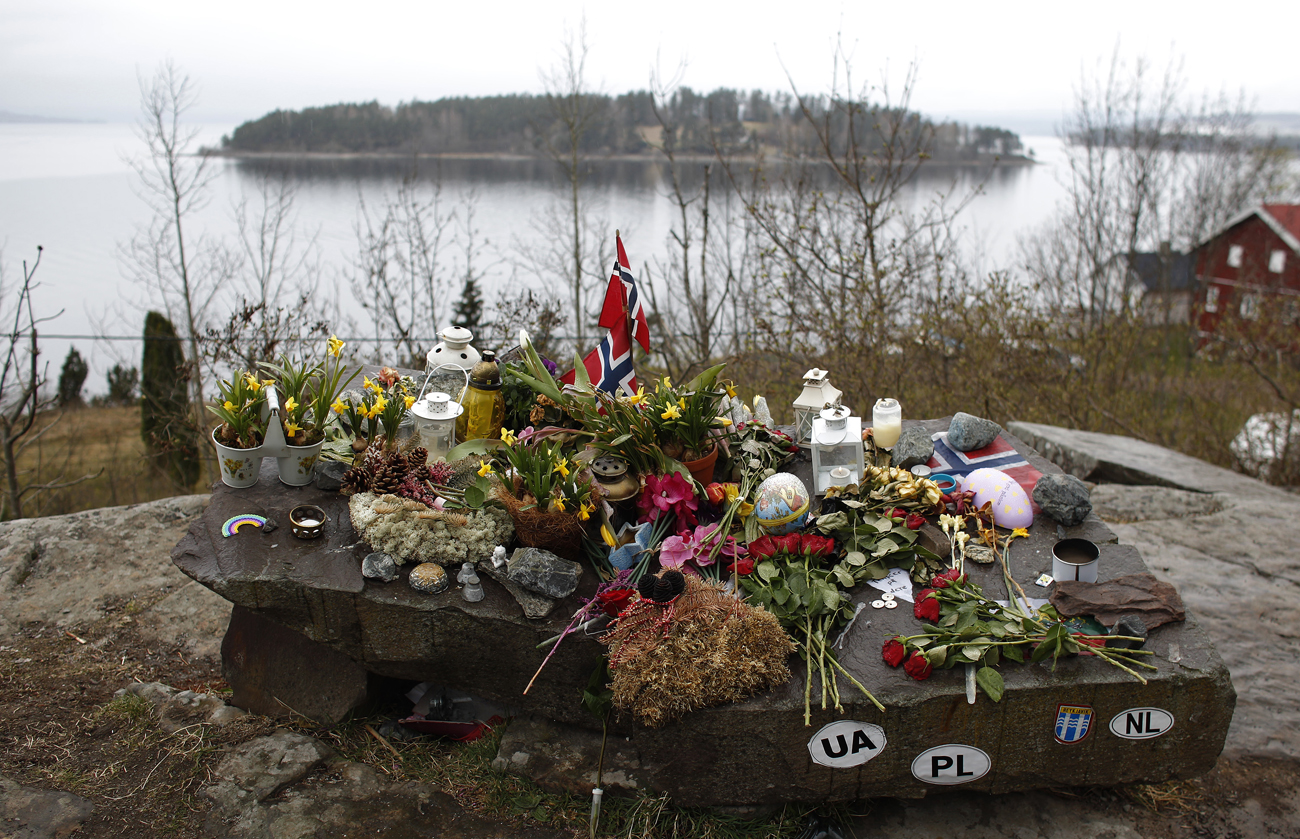 Monday sees the start of the trial of Anders Behring Breivik, the right-wing terrorist who killed 77 people in a bombing and shooting spree in Norway’s capital last July. REBECCA DAVIS looks at the intersection between Scandinavia’s hugely popular crime fiction and its right-wing underworld.

Scandinavia occupies a curious dual position in the public understanding. On the one hand there is Scandinavia as the bastion of liberal values, home of the Nobel Peace Prize, most equal society on Earth, countries where people are so darn right-on that Sweden, for instance, is mooting introducing a new gender-neutral pronoun as an alternative to “he” or “she”.

Then there is Scandinavia as a mysterious place with undercurrents of darkness. Think of the brooding, enigmatic films of Ingmar Bergman, brilliantly parodied by UK comedy duo French & Saunders in a black and white skit from 1993 which sees the two comedians looking out of a window, while Jennifer Saunders sighs heavily.

“What is it?” asks Dawn French.

“Well, the sea’s full of dead bodies, and Death’s waiting on the rocks,” Saunders replies in a depressed, bored fashion.

In the last few years this latter archetype of Scandinavia has become the dominant one in popular culture, thanks largely to the ascendancy of Scandinavian crime fiction. While the literary genre has been around at least since the 60s, when Swedish couple Maj Sjöwall and Per Wahlöö started writing their Martin Beck detective series, it’s mainly the huge publishing successes of Sweden’s Stieg Larsson, Henning Mankell and Norway’s Jo Nesbø in the last five years that have seen Nordic crime fiction shoot to the top of every publisher’s must-have list.

The novels share certain traits. They are set in Scandinavia, for one thing: in locations which seem perpetually dark, cold, snowy and alien. Their detective heroes are flawed and melancholic. Mankell’s Detective Kurt Wallander drinks too much. Nesbø’s Harry Hole is also an alcoholic and a chain-smoker. Larsson’s Lisbeth Salander is a sexually-ambiguous hacker with limited social skills. The books are also extremely violent, and generally bleak. Stieg Larsson’s first novel was published with the English title The Girl With the Dragon Tattoo because publishers felt the original Swedish title, Men Who Hate Women, was simply too dark for an international audience.

A joke which has been often aired is that the countries with some of the lowest crime rates in the world are leading the way in writing about crime. But one trope the authors exploit is that of Scandinavian countries’ increasing familiarity with neo-Nazi violence in particular. These left-wing authors often use their platform to work in critiques of what they see as a growing scourge in Scandinavian society: the rise of the right-wing. So in the one corner we have the novelists, representing the quintessential Scandinavian liberals – and in the other we have the menace captured in the novels, of rising right-wing thuggery in contemporary Scandinavia.

Stieg Larsson was more than just a liberal, in fact he was a pretty radical leftie. In the 1970s he trained female Eritrean guerrillas in the use of grenade launchers. But his real passion was the exposing of Swedish right-wing organisations. He founded a group called the Swedish Expo Foundation dedicated to counteracting “the growth of the extreme right and the white power-culture in schools and among young people”, and this theme is prominent throughout his Millennium trilogy. After Larsson died, his partner Eva Gabrielsson wrote a memoir about Larsson called There Are Things I Want You to Know in which she described the kinds of threats she and Larsson received from white supremacist groups as a result of their investigations.

Gabrielsson and Larsson had good reason to be scared, she wrote: “In the 1990s, more than a dozen people were murdered in Sweden for political reasons by individuals involved with neo-Nazi groups. Sapo – the Security Service, an arm of the Swedish National Police – estimates that during 1998 alone, there were more than 2,000 unprovoked racist attacks, more than half of which can be directly linked to neo-Nazi militants in White Power groups.”

Henning Mankell (who incidentally is married to Ingmar Bergman’s daughter, Eva) is also a hardline leftie. He was on the “freedom flotilla” which was attempting to bring supplies to the Gaza strip in 2010 before it was blocked by the Israeli Defence Force. Mankell has said he uses his detective novels to probe what he perceives to be the problems with Swedish society. Mankell’s protagonist, Kurt Wallander lives in Ystad in southern Sweden, a small town with the nearest big city being Malmo.

If that name rings a bell, it’s because a few years ago Malmo experienced a spate of apparently racially motivated violence which shocked the country. From December 2009 to October 2010, an unknown shooter killed at least 19 people. The victims shared only one thing: they were not ethnically Swedish. Malmo has one of the highest immigrant populations in Sweden, almost 40%.

At the time, Somalian Jamal Yusuf told the BBC: “If you’re not blond, if you’re not an original Swedish person, if you’re an immigrant like me, that’s it for you.” The shootings happened shortly after the Sweden Democrats had succeeded in winning their first seats in parliament. The party, which identifies as “socially conservative”, but is less euphemistically described by others as far right, wants to see immigration curbed and refugees returned to their homes. The following year, 2011, saw support for the right-wing Progress Party in Norway reach a record high of 30% in polls, also on the back of anti-immigrant sentiment. One of its former members was Anders Breivik.

Norway’s Jo Nesbø is less overtly political than Mankell or Larsson (Nesbø was a stockbroker before hitting it big in crime fiction), but his 2000 novel The Redbreast features as its theme the high-profile trial of a fictional neo-Nazi leader. On the stand, the neo-Nazi blames Norwegian politicians’ soft stance on immigration for all of Norway’s social ills: “They let the enemy build mosques in our midst, let them rob our old folk and mingle blood with our women,” he rants.

These words could easily be taken from the 1,518 page manifesto that Anders Breivik sent across Europe before he carried out his shootings last year. Written under the pseudonym Andrew Berwick, the document is still available online. “The current cultural Marxist/multiculturalist elites, the New Totalitarians, are the most dangerous generation in Western history,” he writes. “Not only have they managed to destroy fundamental structures of European society. They are allowing millions of Muslims to colonise Europe. In just five decades Muslim populations have increased from a few thousand to more than 25-million.” A search for the word ‘Muslim’ in the document revealed 3,632 results.

Breivik has been forbidden from reading a new manifesto in court this week, where he will plead not guilty on the grounds that he acted in self-defence to prevent the Islamic invasion of Norway. There are growing concerns that his trial may actually fan far-right sentiment in Norway if Breivik’s views are given too much air-time. As such, the Oslo High Court ruled late last week that his testimony would not be allowed to be broadcast live on TV. Of further concern is the fact that Breivik intends to call a stream of extremists as witnesses to prove that there are others who share his views.

Whatever happens this week, Breivik will end his days either in prison or a psychiatric facility. The issue of immigration will remain a political hot potato, not just in Scandinavia, but Europe-wide. And the far-right movement looks like it is gaining traction: a report by the Hope Not Hate group released this weekend found that far-right groups are not only proliferating, but acting increasingly cohesively across Europe and the US.

But what next for Scandi-crime? Breivik committed a crime more extravagant than any yet committed in the pages of novels. After Breivik’s shooting last year, Jo Nesbø wrote: “There is no road back to the way it was before”. He was talking about the impact of the terrorist act on Norwegian society, but perhaps obliquely referencing the act of producing fiction in this landscape as well. Interviewed by The Guardian shortly afterwards, he said: “I don’t know how my writing will change. I will not address the massacre itself. But it’s so influenced our way of thinking and our society. So it will be there in my novels, somewhere, I’m sure.” DM Photo: Flowers and Norwegian flags are placed at a memorial site on the shore of Tyrifjorden lake overlooking Utoeya island, northwest of Oslo on 15 April 2012. REUTERS/Stoyan Nenov.