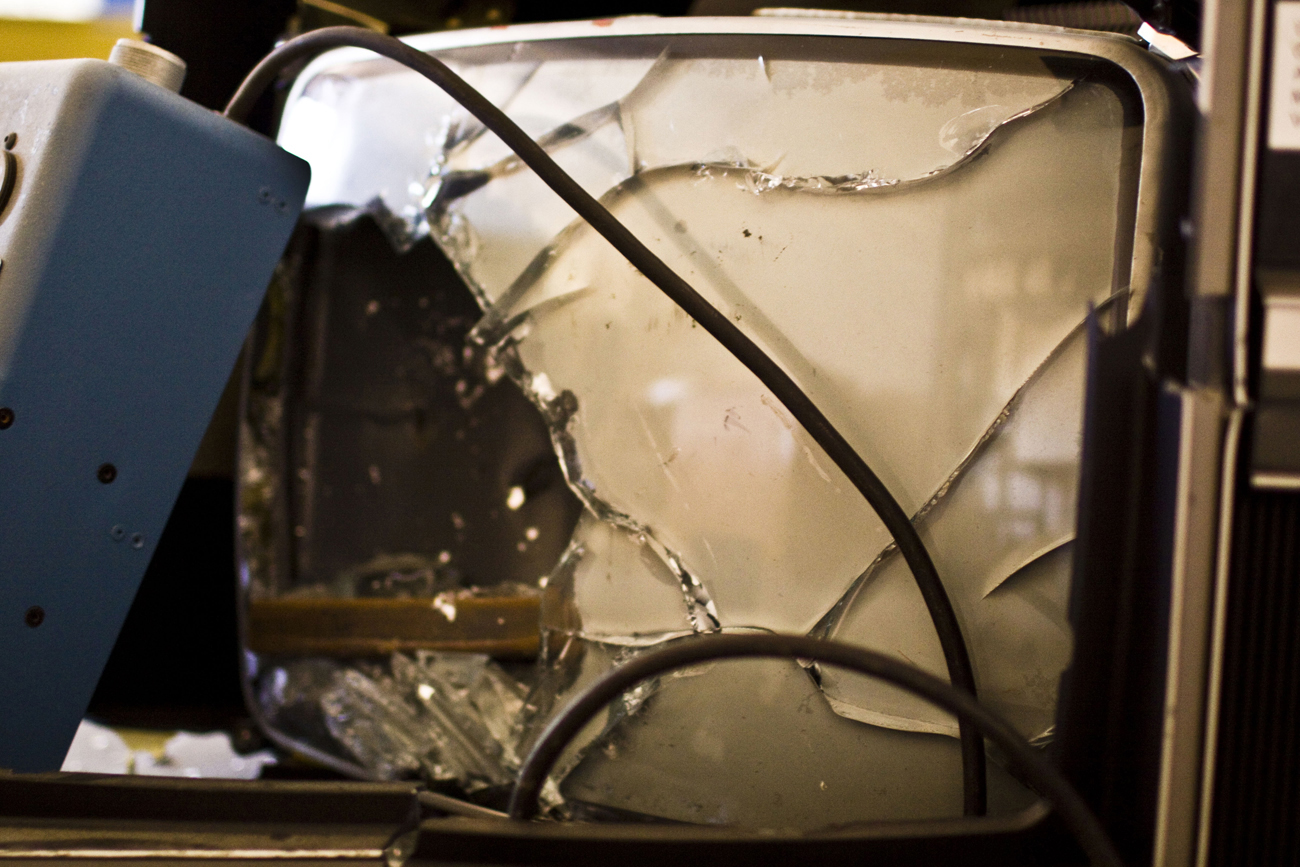 Well, well, well. Right on cue, the SABC has enmeshed itself in ANC intra-party politics. The head of news, Phil Molefe, has been suspended for apparently granting too much airtime to Julius Malema. The ANC Youth League’s response to the statement indicates that they enjoyed the attention. It all has a very familiar ring to it. By SIPHO HLONGWANE.

Every so often, something happens far from the corner of Sauer and President streets, which proves that not all is well at Luthuli House, despite protestations from the ANC’s spin doctors and administrators. The sudden suspension of SABC news head Phil Molefe is one such piece of evidence.

Officially, Molefe is on “special leave” because of, er, some reason. According to The Star, this action was taken by the news head’s bosses for giving ANC Youth League president Julius Malema too much airtime.

An interview of Malema, which was aired a few months ago, garnered the highest number of viewers SABC TV has had in four years. And apparently, SABC CEO Lulama Mokhobo and the acting chief operating officer, Hlaudi Motsoeneng, were rather unhappy about this. They were  under the impression that President Jacob Zuma ought to have more airtime, and demanded that Molefe hand over his news diary to them. He refused, hence the suspension.

Normally, this would be par for the course at the state broadcaster but for the fact that, for once, the ANCYL decided to believe a news report.

“The ANC Youth League is disappointed and disgusted by the South African Broadcasting Corporation Chief Executive Officer, Lulama Makhabo for taking factionally influenced and motivated decisions, in particular her coercing Head of News Phil Molefe to take a special leave due to his protection of SABC editorial policy and practices as reported in The Star newspaper of 11 April 2012,” the league’s statement raged.

“Placing Head of News Phil Molefe on a special leave is politically motivated, despite the fact that he has been at the forefront of award-winning initiatives in the SABC, such as Touching Lives, which has profoundly contributed to the socio-economic development of many people in South Africa.”

The story that the ANCYL decided to react to is simply one version of events.

According to the Sowetan, Molefe was placed on special leave because he had become a source for Sunday World for stories  the paper published on Motsoeneng.

“They had been wanting [sic] to get rid of him for some time now. They had been after his blood,” the Sowetan said, quoting an anonymous source. “They say they suspect him of leaking the story to Sunday World.”

The SABC spokesperson Kaiser Kganyago said that all the different versions and stories out there suggested that either journalists were making up their sources, or they were being lied to.

“It is very strange that people can just go and speculate and make [their stories] look like fact when they are using speculation. The special leave of Phil Molefe has nothing to do with what they are saying. They don’t want to accept our version,” Kganyago said.

The SABC spokesman would not say what exactly Molefe had been placed on special leave for, saying that it was a private matter between the news head and his bosses. He hinted that, whoever the sources were  for the stories, they were dodgy.

“Either [the newspapers] are creating their sources, or their sources are not as reliable as they thought,” Kganyago said.

It is important to stress that we don’t have a full picture of whatever is going on at the SABC. The state broadcaster is sitting on the information, and the sources leaking information don’t appear to be too reliable. But the ANCYL has decided to make this about Mangaung, and precedence would suggest that the league’s interpretation is the correct one.

The SABC has a long history of getting embroiled in ANC factional fights, and none more obvious than the spat between Thabo Mbeki and  Zuma leading up to the Polokwane national conference. The news executive team found themselves exposed after it was revealed that commentators who were wont to express opinions that were unfavourable to Mbeki were blacklisted. A commission of inquiry exonerated the whistle-blowers and damned the management style of news head Snuki Zikalala, saying that the newsroom had a climate of fear over it.

Zikalala was sacked not long after Mbeki lost the race in Polokwane.

Coming back to the present: this story is far from over. Why Molefe was placed on special leave (sounds an awful lot like a certain police commissioner’s “suspension on full pay”) is not apparent right now. The divergent news stories don’t help.

It’s an unspoken secret that whoever is in the Union Buildings gets to pick his acolytes in the SABC board, who in turn pick an executive team who will put out the sort of news that will favour the man of the day. Malema pulled in the biggest number of viewer numbers in four years, but he suddenly fell out of favour with the big man at the Union Buildings. You can’t argue against that. DM

Photo: Has the link between the SABC and the ANC been broken?