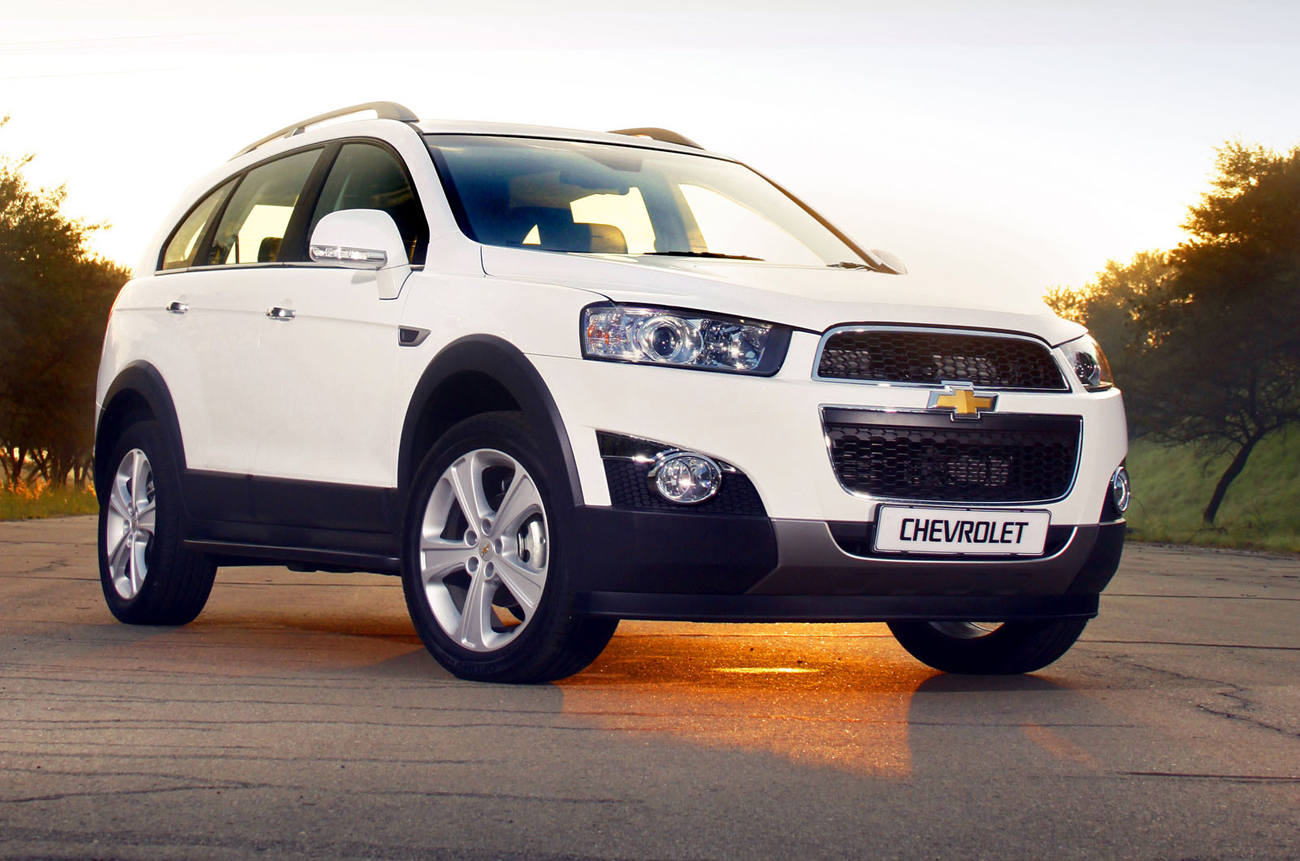 Chevrolet’s Captiva range has evolved into a convincing compact SUV since arriving in South Africa five years ago. It links a choice of drivetrains and value-added spec levels to a well-conceived interior and satisfying dynamics. The recent addition of an advanced turbodiesel engine fills an obvious gap in the current range, albeit at a premium. By DEON SCHOEMAN.

The Captiva is Chevrolet’s answer to South Africa’s obsession with sport utility vehicles. First launched locally late in 2007, the compact all-terrainer has become one of the brand’s mainstays, thanks in part to an ongoing programme of improvements.

The current model made its world debut at the Paris Motor Show in 2010, and was introduced locally last year. But turbodiesel fans had to wait another nine months before General Motors finally added an oil-burner to the line-up.

On paper, the wait appears to have been worth it. The four-cylinder is a state-of-the-art design and is offered in conjunction with a six-speed automatic gearbox and all-wheel drive only. However, it comes at a price, partly because it’s only available in the top-end LTZ spec.

The result is a top-end SUV with full-house, but in the same money league as the Audi Q5 and BMW’s X3. The question is whether it’s able to stand up to those premium products. Let’s start with the exterior. Thanks to its raised stance, wide tracks tailgated silhouette, the Captiva has the kind of purposeful, no-nonsense looks you’d expect. The dual-grille front end leaves no doubt about brand identity, but for some, all that chrome will equate more to an eyesore than eye candy.

Still, one could argue that the bold identity of the Captiva rescues it from anonymity, because the rest of the SUV’s shape is formed by function and ends up at the generic end of the styling scale. And besides, the Chevrolet brand’s heritage in SA stretches back over many decades so it has every reason to be proud of its identity. The bow-tie badge is proudly displayed between the two grilles, while the lower apron and integrated fog lights introduce an element of city-slicker sportiness that takes one by surprise.

The side view is dominated by the pronounced wheel arches and the broad, low-mounted rubbing strip. The perforated aluminium running boards may look good, but compromise ground clearance and I’d be sorely tempted to have them removed.

The wheels are 19-inchers, and look both attractive and rugged enough for off-road work. The all-terrain Hankook rubber looks better suited to tar than dirt though. At the rear, twin exhausts jut from a metallic-look apron, while bold tail light clusters frame the tailgate. The latter opens all the way down to bumper level, and has a rear screen that opens independently. There’s more good news inside the go-anywhere Chev. The Captiva’s cabin is a comfortable and stylish place with a list of standard features that will put many a luxury passenger car to shame. The execution is smart without losing sight of functionality and there’s even a third row of seats that cleverly folds away in the cargo compartment floor. The latter offers two more seating positions.

The fold-away bench is generous enough to accommodate kids or even gangly teenagers with relative ease. Adults could squeeze in, too, but the problem is related more to access than actual seating space: getting to that third row is awkward. And legroom is at a premium. The other drawback is that when raised, the third seating row robs the Captiva of almost all its luggage space, which means opting for a trailer or a luggage box when travelling seven-up on extended journeys.

Those provisos aside, the cabin is attractively executed and exudes a robust sense of quality that promises longevity. The switchgear is neatly arranged, the round dials are clearly legible and the centre stack is home to the climate control, the trip computer display and sound system. Satellite controls on the steering wheel further enhance ease of use.

The leather upholstery looks and feels upmarket and the combined effect of the glossy dashboard trim and the metallic accents is attractive. Add all the comfort, convenience and safety items you could desire and the Captiva’s upmarket status is beyond doubt. However, the real star of this Captiva is the turbodiesel engine. The 2.2-litre unit bristles with technology, ranging from twin overhead camshafts and variable valve timing to a variable geometry turbocharger. The result is an impressive 135kW of maximum power, linked to a full 400Nm of torque – figures that place this engine at the sharp end of the turbodiesel field. They compare very favourably with the Audi Q5 TDI’s 125kW and 350Nm or the BMW X3’s 135kW and 380Nm.

The six-speed auto gearbox is smooth and refined with a set of ratios perfectly matched to the engine’s output curves. The result is unobtrusive and effortless progress, whether in town, on the open road or off the beaten track.

The Captiva rides on a revised MacPherson front suspension with stiffer springs and a thicker anti-roll bar, while the four-link rear configuration also gets tauter settings than before. The result is better steering response and improved composure, especially when fully laden.

At around 1,900kg, the Chev SUV is no lightweight, so it needs every kiloWatt and Newton-metre of the turbodiesel’s output. Fortunately, the engine’s willing nature and a set of well-chosen gear ratios ensure brisk performance. The factory figures claim a zero-to-100km/h time of 10.1 sec and a 191km/h top speed.

As mentioned, engine and gearbox are well matched, and the Captiva gets off the mark briskly, yet cruises at around the legal limit in sixth gear with ease, with little or no hunting between the top two ratios. Gears can be selected manually with the sequential action of the shift lever, but this is rarely necessary, nor particularly satisfying.

GM claims a combined-cycle fuel consumption figure of 8.0 l/100km, but realistically, the figure is more likely to be in the low- to mid-11s. The CO2 emissions rating comes to 212g/km.

Swap tar for gravel and the Captiva doesn’t miss a beat, unless you start tackling the rough stuff. It has neither the ground clearance nor the low-range transfer case to take on obstacles or steep inclines, but the all-wheel drive adds stability and traction on smooth to rough gravel.

The full-time four-wheel drive is a so-called intelligent system that employs an electronic clutch to transfer power from the front to the rear axle as when additional traction is required. All-terrain specific niceties include an electric parking brake, as well as Hill Start Assistance, and Hill Descent Control. At 178mm, the ride height is only average though.

There’s a lot to recommend the Captiva Diesel. The engine is top class, the gearbox is slick and the interior comprehensively equipped. The generic aesthetics are saved by the front’s bold treatment and the seven-seat configuration, while compromised, deserves praise.

Granted, the price tag isn’t exactly in the budget class. And while it is smart, refined, well-equipped and dynamically confident, the Captiva isn’t in the same league as BMW or Audi when it comes to tactile luxury or overall cachet.

Still, given all that standard kit, the willing dynamics and the versatile interior arrangement, the 2.2 LTZ Diesel is easily the best Captiva yet, and more than a match for more natural rivals such as the Hyundai Santa Fe. DM