Billionaire politicians: if you can't buy a country, wh...

Billionaire politicians: if you can’t buy a country, what is money good for? 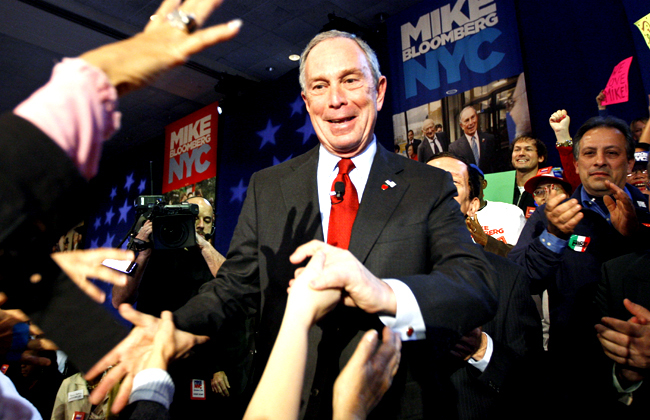 Forbes has released its annual list of the world’s richest politicians. The Daily Maverick, known for its billionaire readers, would like to offer a note of caution: Just because you’re loaded, doesn’t mean you get to run a country. Tenderpreneurs, beware. By RICHARD POPLAK.

There’s Sebastian Pinera, $2.4-billion in the bank, who gets to run Chile. There’s Najib Mikati, worth $3-billion, and prime pinister of Lebanon. He follows Said Hariri, $1.7-billion, whose even richer father once ran Lebanon, too. And, of course, Mayor Bloomberg of New York City, who bought a third term with a not insignificant portion of his $22-billion fortune.

But that, folks, is about the sum total of the super-rich as successful politicians. The losers’ gallery is much, much more impressive. Who can forget e-Bay’s Meg Whitman, who dropped $144-million of her $1.4 billion to try and replace Arnold Schwarzenegger in California? (She’s now trying to fix Hewlett Packard. Good luck with that.) What of Ross Perot Jr., who dropped $60-million in 1992 to no avail, despite the fact that he had another $3-billion-plus in his arsenal?

And that’s just the Americans. In Russia, Mikhail Prokhorov and his $13-billion got him 8% of the vote against an under-the-gun Vladimir Putin in that country’s recent “elections”. And while there are two – count ‘em, two – billionaires on the Russian senate, there are another 93 billionaires in that country who are out in the political cold.

In short, having all the money in the world is unlikely to buy you the White House, the Kremlin, the State House, Parliament Hill, or anything resembling political office.

Who cares, say you? Modern politics is so lousy with special interests and lobbying that billionaires don’t need to come in to politics through the front door. They come in through the servant’s quarters, and buy up everything regardless.

True. ?But not as true as we’d like to believe. Take the case of this year’s Super PACs, the “non-aligned” (ha!) political activist committees that are powering presidential election adspend in the US into the stratosphere. Depending on your point of view, Super PACs are either the ultimate iteration of freedom of expression – why the hell shouldn’t you spend your own money promoting your candidate of choice? – or the final nail in the coffin for American democracy, which has been bought lock, stock and two smoking barrels by the One Percents 1%.

Nothing illustrates the conundrum better  than the case of ultra-right-wing, Israel-obsessed freemarketeer casino sheister Sheldon Adelson, who after four bad years is down to his last $25 billion. Adelson has been famously generous to conservative politicians; his horse in the Republican race was Newt Gingrich, whose campaign he unnaturally reanimated with two cash infusions of $5 million, and an overall contribution (via Super PACs) of about $21 million.

Adelson has promised the winner of the Republican nomination – now almost certainly Mitt Romney, thanks to Rick Santorum knocking over his king – a hundred million big ones. What, we wonder, does this buy him?

According to Forbes, not much more than Romney’s ear every now and again. “Every time I talk to him, he says ‘well, let me think about it.’ Everything I’ve said to Mitt: ‘let me look into it,’” Adelson has said.

There’s nothing in Romney’s policy planks—planks, it should be noted, that are moving hurriedly to the centre now that he’s done playing shoot-em-up-Charlie with militiamen in the Virginia backwoods – that could be attributed to someone as influential (money-wise) as Adelson. The casino mogul has been pushing for Gingrich to be the VP on Romney’s ticket, but that makes little sense as far as the Romney campaign is concerned.

Romney, it should be noted, is worth a quarter-of-a-billion soaking wet. But that’s bupkis in the grand scheme of a postmodern presidential race – less than chump change. At least that much will be run through Republican Super PACs alone, which would leave the Romney family on food stamps before the end of the American summer.

Of course money has warped modern politics. Of course it muddies the playing field in constituencies in Lebanon, Russia, the States and South Africa. But voters aren’t always willing to roll over for the richest CEO in the pack. And we aren’t always open to billionaires running the roost. The most egregious case of all – the wretched reign of Silvio Berlusconi in Italy – has taught us at least that much.

But money has a way of snaking its way into politics like a disease. We’d do well to carefully trace its passage with diligence, instead of mouthing off pointlessly about how the rich guys run the world. DM